P2Daily: Which 2021 Prep Player Debuts Next? 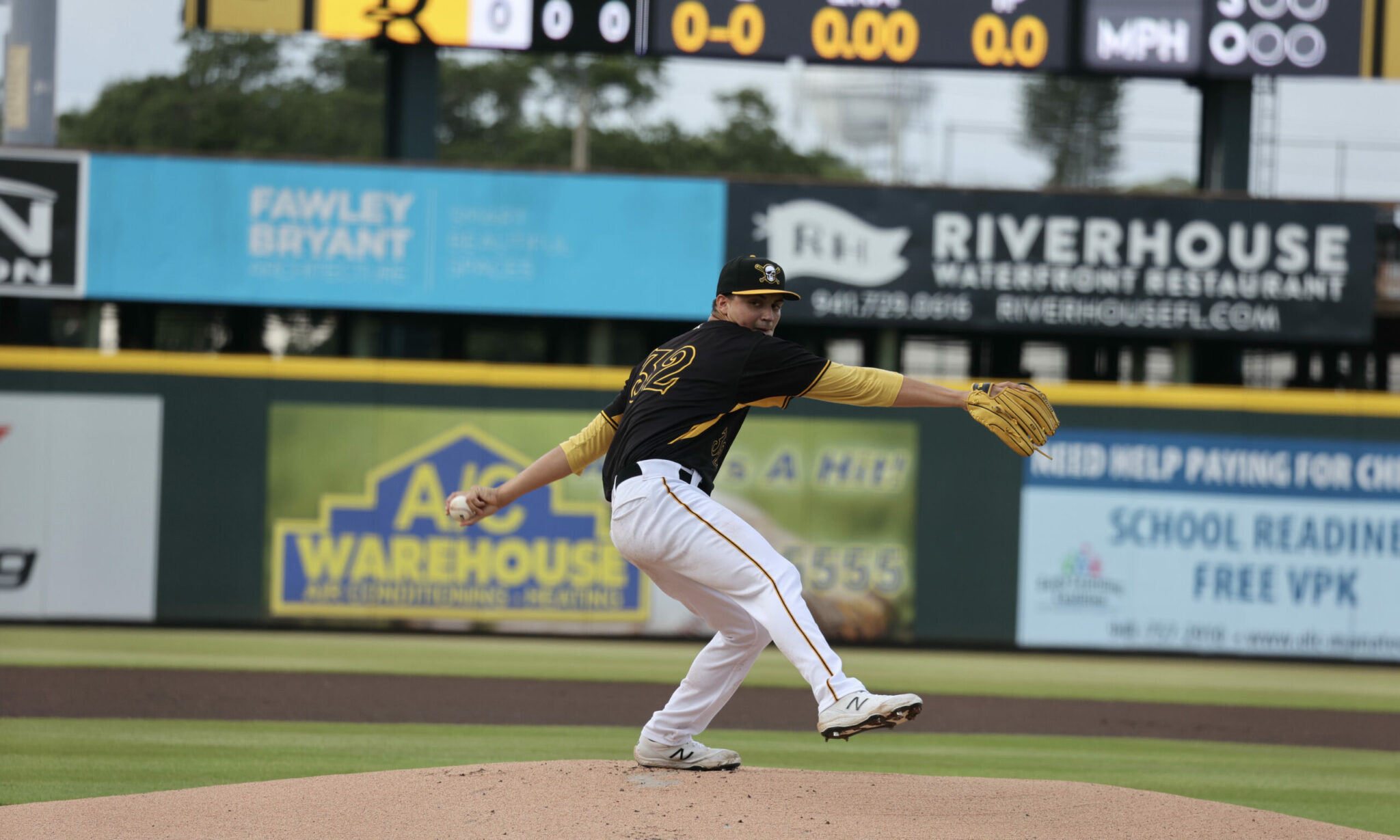 The Pittsburgh Pirates entered the 2021 draft with a very specific strategy, and by all accounts they executed it to perfection.

After starting with Henry Davis, the Pirates continued by selecting prep players with their next four picks — all highly rated players who dropped due to signability concerns.

We all know the stories of each of them by now.

Anthony Solometo was the team’s second rounder, a lefty with the funky delivery that scared some off.

Lonnie White Jr. was one of the most athletic players in the draft and was headed to Penn State to play football and baseball.

As too was Bubba Chandler, who was a four-star quarterback heading to Clemson but opted to sign after the Pirates promised him an opportunity to be a two-way player.

Owen Kellington was mostly an unknown when selected out of Vermont, but he ended up signing an over-slot deal.

The only thing about taking players right out of high school, and maybe more towards ones who didn’t focus solely on baseball, is that they may not be immediately ready to jump into full season right out of the gates.

We’ve seen that this season, as Solometo is the only one of the group to make his debut, pitching Friday night for the Bradenton Marauders.

Solometo was about how you would expect from a 19-year-old making his debut, pitching three innings, allowing three hits, two unearned runs, walking two and striking out three.

Now with his debut out the way, who is going to follow him among that group?

We saw White’s name come up recently, but that turned out to be a paper move to deal with an arm issue. It’s not believed to be serious, more dealing with the rigors of his first year focusing solely on baseball.

Being that he was at times a three-sport athlete as well, White may be a guy that could get a full look in the FCL before making the jump to Bradenton in 2023.

Most believe that Chandler’s future is on the mound, but due to them also giving him a chance in the field, the Pirates could pry on the side of caution with his arm. Even if it’s to find the best routine for him, Chandler could be another candidate to play a full season in the FCL before making the same jump as White.

Maybe if the Pirates get to the point in Chandler’s workload that they are okay with shutting down one or the other for him and let him focus on either pitching or hitting down the stretch in a brief Bradenton cameo.

That would leave Kellington, who is an interesting case as stated above due to the lack of knowledge surrounding him, as the best case for the next prep player to make the move to Bradenton.

Which player do you think makes the jump to Bradenton next? Leave your pick in the comments.

Prior to His Injury, Henry Davis Was Focusing on Managing a Pitching Staff

Prior to His Injury, Henry Davis Was Focusing on Managing a Pitching Staff

Matt Gorski Has Been Getting Work at First Base This Year

I think it could be Kellington up next. I read an article on him prior to that draft talking about how everything he threw completely dominated the hitters. He was able to go deeper into games etc…Seems like less of a project then the others possibly, so he can come up and get after it.

Should’ve been all of the above by now, repeating the FCL for such high draft picks is absurd.

White and Chandler are barely even baseball players, though. Truly an exercise in the question of whether you can teach any uber athlete to be good at baseball.

They’ve essentially gotta build them from the ground up.

I can’t wait to see Chandler pitch, but White would probably get torched in full season ball right now.

Last edited 2 months ago by NMR
3

I’m interpreting this in so many ways, are they wasted picks, they didn’t concentrate on baseball, but did play at a high level in HS….. I don’t understand the barely baseball players comment…then again it might be true since they’ve been in the system for nearly a year and still not trusted to play…

Think of it along the same lines as the difference between pitching and throwing.

Throwing takes talent, natural ability, but pitching takes skill that only playing the game can hone.

Chandler and White simply haven’t focused on baseball long enough to develop those specific skills at a level needed to compete in the pro game. Patience and a ton of it, will be required.

As for the judgement angle, I’d say the jury is very much still out on this strategy in general. At this point it’s one of those dogmatic things I’ve been talking about in my posts lately.

Athleticism is obviously coveted for good reason, but I don’t see anyone crunching the numbers on how good we are at actually turning them into ballplayers. Anecdotally, there are immensely more Anthony Alford’s out there than, shit, I don’t think I can really even name one “success” story. There was never any amount of player dev that was gonna teach Anthony Alford, a phenomenal two-sport athlete, to hit a baseball. You cannot teach the hit tool, as they say.

It’s more of they were multi-sport athletes. Both White and Chandler had scholarships to go play football. So where Solometo and Kellington were completely focused on baseball, the other two had other focuses at times.

Nothing wrong with it, happens all the time, they just have to adjust to only focus on baseball. Also don’t thing they played that much to consider it a ‘repeat’. White only played 9 games in the FCL. Bubba only played in 11 and hasn’t pitched yet. I don’t think there’s anything to worry about taking it easy with them for the first year before setting them loose.

Why not Graham? why hold him back?

I am thinking Chandler based on his upside but will depend on his two way schedule. Wonder if maybe guys like solomon maguire or shalin polanco might get a shot at bradenton this year as well

Your suggestion of McGuire and Polanco seems reasonable. But why wouldn’t HS draftees be sent to the complex league?

They all need to get started at some point soon.

FCL starts in a week and a half, I believe. Just a matter of where they start

Earlier this season, iirc, we got a report that they loved Bishop’s work ethic and attitude so I could see him getting a shot at Bradenton. But if rules allow it, I’d think Chandler will see time on the mound for Bradenton when they’re at home while moving him back to the FCL for his position-player games.

Nice reminder on that draft Anthony, which gets some of us, maybe all of us on a site like this, thru this MLB year, the future…. To answer the question, and im not the smart guy on prospects here for sure, is Kellington… My simple mind thought he might be abit more structurally advanced and ready to have the training wheels taken off, what do I know🤣🤷‍♂️

Lonnie would have been my pick solely because he’s a hitter. I feel like BC is more aggressive with young hitters than pitchers. But with the injury, I’d pick Kellington. Regardless, I’m excited for all of these kids to make the Bradenton roster a bit more interesting.