P2Daily: Is It Time to Get Serious Yet? 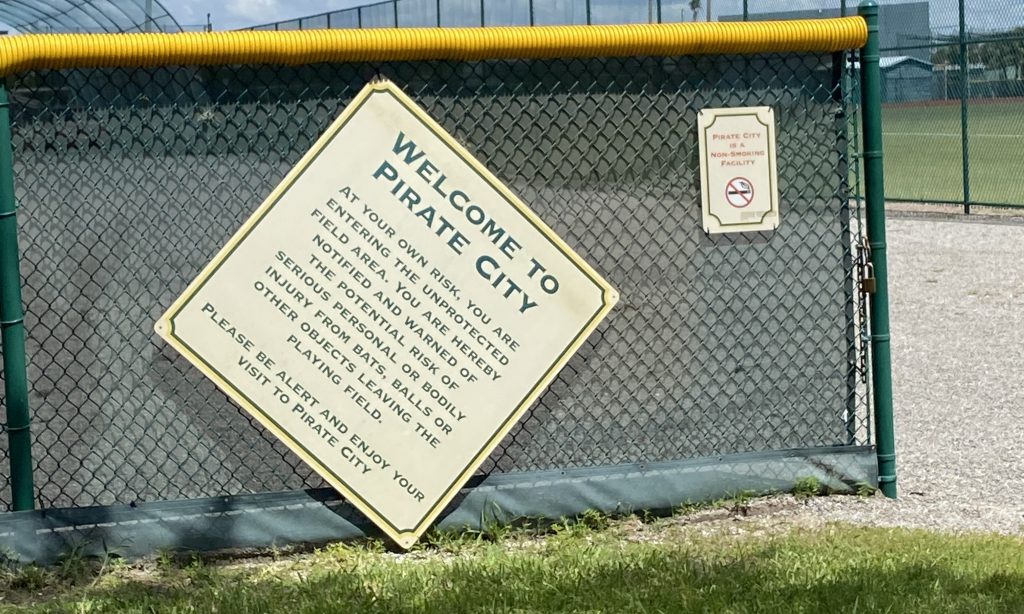 Over the last four years, probably the two worst teams in baseball have been Baltimore and Pittsburgh.  Of the two, the Orioles’ record has been worse.  If you adjust for league and division, though, they might have been better than the Pirates.  Anyway, the two are the gold standard for awful baseball right now, so you’d expect their attitudes toward their fans to be pretty similar.

Or not.  One good illustration is the openness of minor league spring training this year.  The Orioles seem to want their fans to attend the exhibition games involving their prospects.  The location (which is generally obscure information for minor league exhibitions) and schedule are easy to find online.  The team uses two fields, each with a grandstand behind home plate.  There’s no problem finding, attending or watching both games.

The Pirates are different.  With enough digging, you can learn that minor league exhibition games occur at Pirate City.  You won’t find the schedule online unless it’s squirreled away in some hidden corner of the interwebs that I’ve never located (or unless you’re a P2 subscriber).  There are four fields laid out in a cloverleaf pattern.  The public used to be able to go into the central area, allowing folks to view all four fields.  Not any more.  The Pirates this spring roped that area off, so fans could only access the area between two of the fields.  No viewing of the other two fields was possible.  Since minor league exhibitions always involve two games, and since the Pirates never use one of the two fields that fans can view (the southeast field, if you’re curious), at least one game was always inaccessible.  The setup led to an incident this spring where some Oriole players’ parents came to Pirate City, only to find that their sons were playing on the field they couldn’t see.  They called somebody with the Orioles, who called somebody with the Pirates, and they were allowed through to see the game.  Of course, that incensed the Pirate fans who were there and who wanted to see both games.

In the grand scheme of things, this all seems trivial.  Fans at minor league exhibitions generally number in the dozens, if that (although there were a lot more fans at Orioles exhibitions in Sarasota than I’ve ever seen at Pirate City).  But it illustrates what I’m rapidly starting to see as a special kind of arrogance that the Pirates’ current front office holds toward the team’s handful of remaining fans.

The Pirates’ entire 2021-22 offseason could easily be portrayed as a giant middle finger aimed directly at the team’s fans.  The team lost 101 games last year, so it clearly needed to improve.  And here are all the players Ben Cherington added:

Roberto Perez, C:  Perez has worked out well, roughly replacing Jacob Stallings.  But wait a moment . . . Perez was an obvious injury risk.  The main threat was the shoulder that he’s had a great deal of trouble with in recent years.  Something different happened instead, and now a hamstring injury apparently will keep him out for a large part of the season.

Yoshi Tsutsugo, 1B:  Tsutsugo was only sort-of an addition, but he did become a free agent before re-signing with the Pirates.  He’s been a disaster, with a 67 OPS+, two extra base hits in 21 games, and terrible defense.

Josh VanMeter, IF:  VanMeter has become the Pirates regular second baseman.  He’s been below replacement level, batting 156/208/244, good for an OPS+ of 33.

Dan Vogelbach, DH:  This one’s worked well, as Vogelbach has a 130 OPS+.  There are limitations; he can’t hit LHPs, can’t play in the field, and can’t run.

Jake Marisnick, OF:  Marisnick has been excellent defensively, but he’s been the team’s worst hitter, which is quite an achievement.  His OPS+ is a putrid 23.

Jose Quintana, LHP:  Quintana hasn’t thrown a lot of innings, but he’s been the team’s best starter, with a 3.38 ERA.

Zach Thompson, RHP:  Acquired in the Stallings trade, Thompson’s been the team’s worst starter, with a 7.08 ERA.

Eric Hanhold, RHP:  Hanhold lingered on the roster throughout the offseason before being outrighted to AAA, where he has a 5.40 ERA.

Jared Eickhoff, RHP:  Cherington’s one attempt to add starting depth, Eickhoff is on a minor league deal and has a 6.30 ERA in AAA.

Greg Allen, OF:  At the end of a good spring, Allen got hurt and is still on the IL.

So there it is.  Just two guys who’ve been anything other than awful, and one of them wasn’t an upgrade because he was replacing an All-Star catcher.  Plus, he’s hurt now, leaving the Pirates with probably the worst catching tandem in MLB.  It’s truly hard to imagine doing any worse than the above group even if you tried.

There are two points here.  One is that this group of players is so extraordinarily bad that it can’t possibly represent the efforts of a front office that was legitimately trying to put a decent team on the field.  Nobody here, apart from Thompson, has performed out of line with his career norms.  The abysmal results have been utterly predictable.

The second point . . . well, it’s a question — Why are so many of these guys still around?  It was obvious when they were acquired that a number of them weren’t major league players, and some of the others have raised substantial doubts since then.  Yet three of them — Tsutsugo, VanMeter and Knapp — are now starters, and Marisnick is close to that.  The Pirates’ willingness to field lineups with players batting .183, .152, .170 and .160 — not to mention Cole Tucker’s .175 — can’t fail to register as a statement that this front office Just.  Doesn’t.  Care.

It’s all the more baffling given that the Indianapolis roster is loaded with prospects, many of them acquired by Cherington.  Many of them likely will struggle when they first reach the majors, but that’s inevitable.  How can it be any worse than losing a series to a team that started it with a record of 3-22?  Continuing with this joke of a roster presents 100% downside.  So when do the Pirates start to treat their fans as anything other than a nuisance that can barely be tolerated?

Speaking of Bell, I happened to notice this morning that…