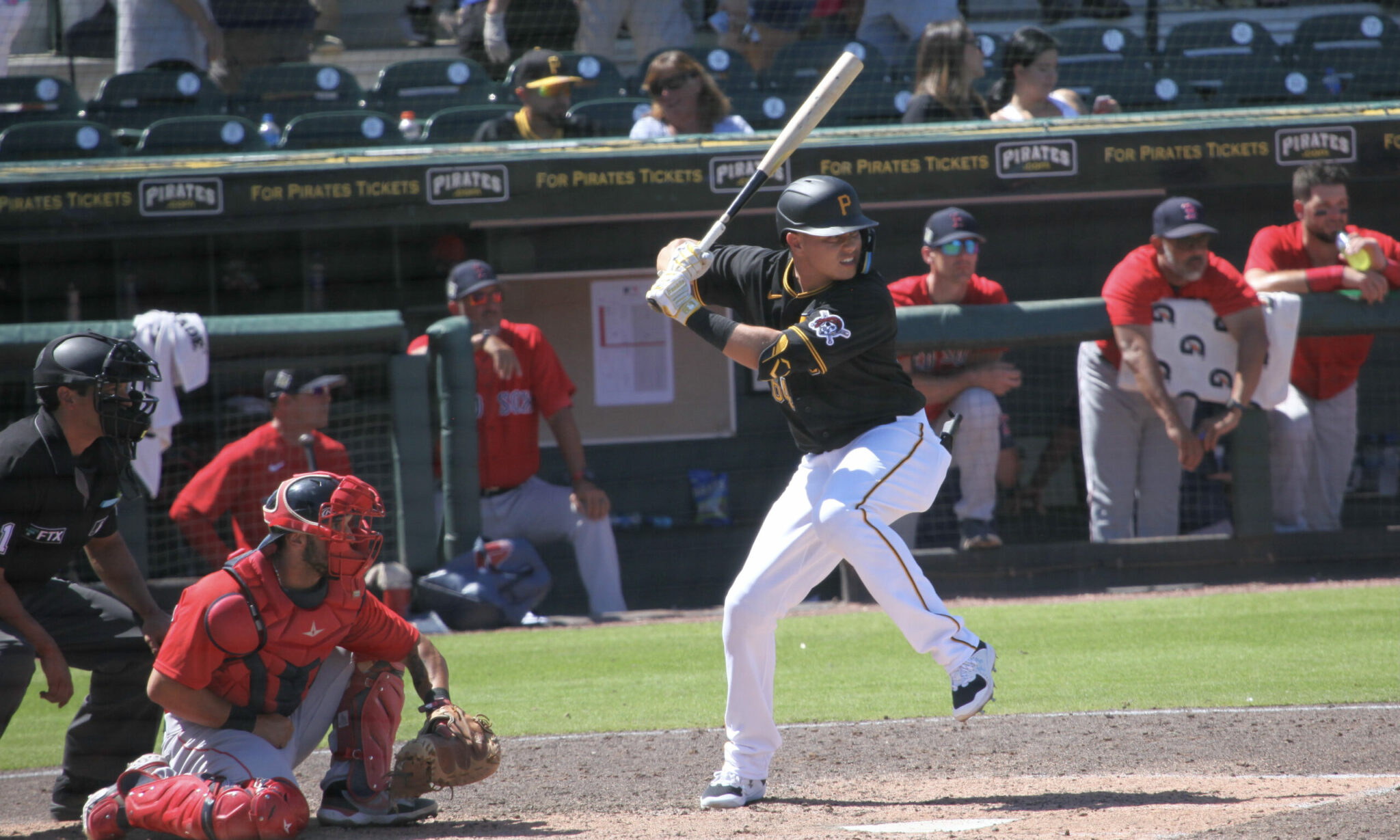 The Pittsburgh Pirates (6-6-4) wrap up their Spring Training schedule with road games on Monday and Tuesday, before the season opener on Thursday in St Louis. They take on the Baltimore Orioles today at 1:05 PM, with Bryse Wilson on the mound. If you missed it from yesterday, JT Brubaker was named the Opening Day starter. Today the Pirates announced Jose Quintana as the starter for the home opener next week. No local TV, but the games have been on MLB.com for free this year, so if there’s a TV broadcast, you should be able to see it there. Otherwise, you can listen on Pirates.com

Sarasota for the day! pic.twitter.com/xaASRRAcBk

The Pirates announced that Diego Castillo made the Opening Day roster

Diego Castillo has only been to one MLB game in his life.

His second game will be Opening Day in St. Louis as a Pittsburgh Pirate! pic.twitter.com/CfNppuMaSK

Sam Howard has been experiencing back spasms and won't play catch today.

Ke'Bryan Hayes (ankle) is trending toward "being available early in the season."

Greg Allen (hamstring) to get an MRI.