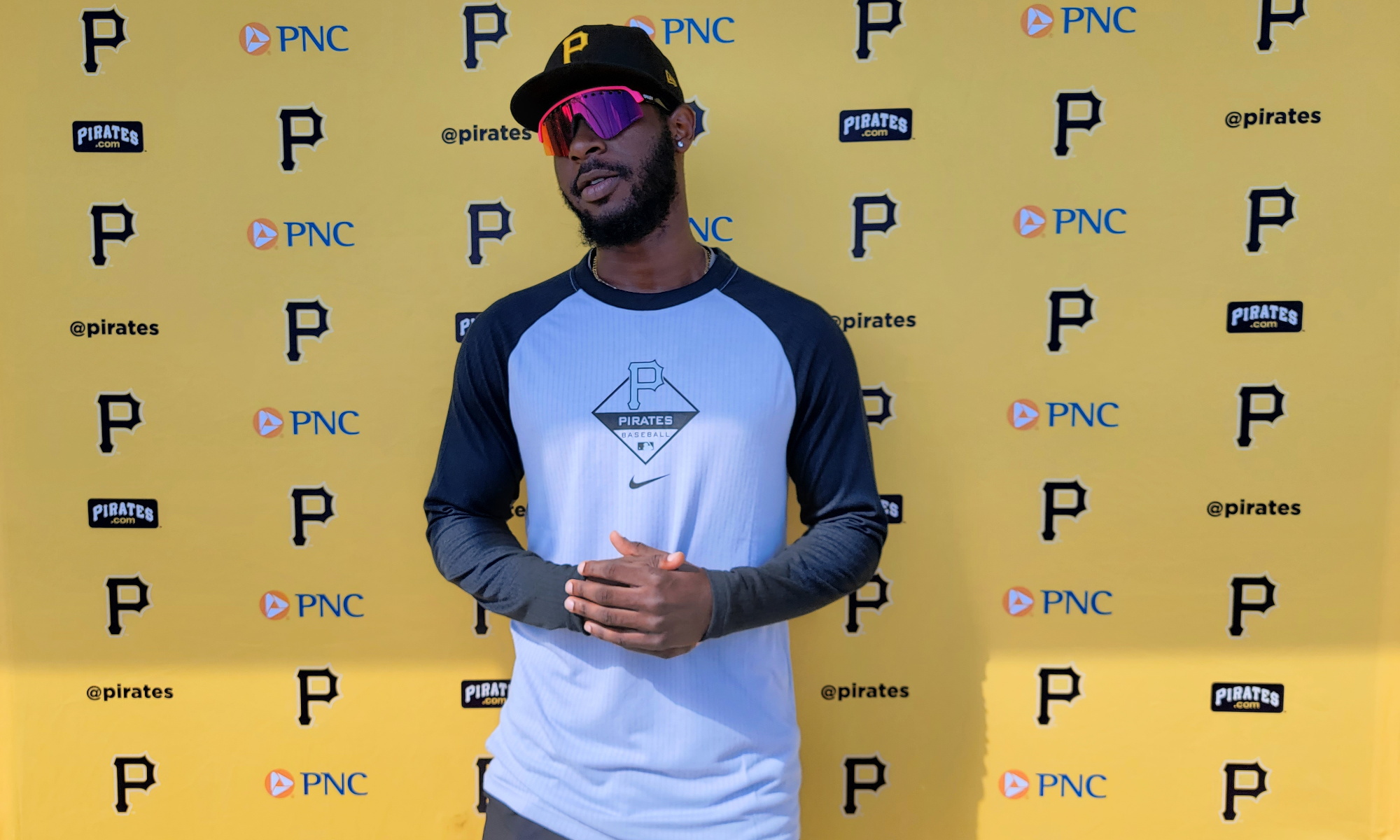 Still one of the more tantalizing prospects in the Pittsburgh Pirates’ system, Tahnaj Thomas is looking to build upon 2021 season that maybe created more questions than answers for the 22-year-old righty.

Thomas entered last season one of the more hyped and intriguing prospects in a vastly improving Pirates organization. Armed with some of the best stuff in the system, Thomas has struggled to harness that stuff and that all came to a head at the beginning of the 2021 season.

#Pirates pitching prospect Tahnaj Thomas with a deceptive leg kick to get a strikeout. pic.twitter.com/sjlwe0FRf3

He began the season a part of the highly touted Greensboro Grasshopper rotation that featured other top prospects Quinn Priester, Carmen Mlodzinski, and Michael Burrows but after a start that saw him walk seven in 2 2/3 innings, Thomas was shut down for a couple of weeks as they looked to work on his mechanics.

Upon returning, you can still say it was a mixed bag of results for Thomas. Even if you take out his last start of the season that saw him allow four home runs, the strikeouts were down (8.32 K/9), and the ERA still wasn’t anything to write home about (4.02).

The key though was the drastic improvement in his walks and home runs allowed. Thomas walked just 10 batters in his final 35 1/3 innings (2.54 BB/9) and just allowed three home runs (discounting the four-home run outing at the end of the year).

What was the difference? While there wasn’t much video evidence of how hard he was throwing, there were reports of his fastball velocity being down, a lot like Oliver Mateo towards the end of his year while also trying to be in more control of his stuff.

You can see a mechanical differences as well between before him being shut down and the immediate start afterwards.

Here is a clip of Thomas facing a Winston-Salem Dash hitter, walking him, two starts before the rework.

If you notice, Thomas falls way off the mound ending up noticeably closer to the first base side by time things are all said and done.

While that wasn’t how he followed through every pitch, it was most of the time, and you can’t really argue the results.

The next clip shows an at-bat in his first game back against the Rome Braves. In it you can see both new wrinkles in Thomas’ delivery, a more even follow through and a hesitation in the leg kick in hopes to keep batter’s timing off.

Thomas seemed much more in control of his follow through, and it did result in far fewer walks down the stretch than at the beginning of the year.

The key will be putting it all together, between his new mechanics and incredible stuff. Below is a freeze frame to further show the difference of his original follow through in 2021, and how it improved.

The noticeable difference in Tahnaj Thomas' delivery was the little leg kick to try and change the hitter's timing, which @pirateprospects had a great video on earlier in the week. Another difference I noticed was his follow through. I'll have more on it in the coming days on P2 pic.twitter.com/qI4sdoksto

For as much as Thomas is talked about as a prospect, sometimes it’s easy to forget he is still relatively new at pitching and is still learning at mastering the position all while consistently making changes to his throwing motion.

He’s still young and could begin the year in Altoona but 2022 will be a very big year for Thomas. The Pirates may have potentially lucked out, as the further the lockout goes on the league may decide not to have a Rule 5 draft this year, for which Thomas is eligible and wasn’t protected at the beginning of the offseason.

But if there is one, Thomas has the kind of intriguing arm teams could take a gamble on and hope the changes he made last year keeps him on the right path.

Tim Williams talked with Thomas and featured him this week, looking at what he’s working on to clean up his mechanics.

**Tim Williams: The Pirates Are Getting Creative in Addressing Mason Martin’s Strikeout Issues