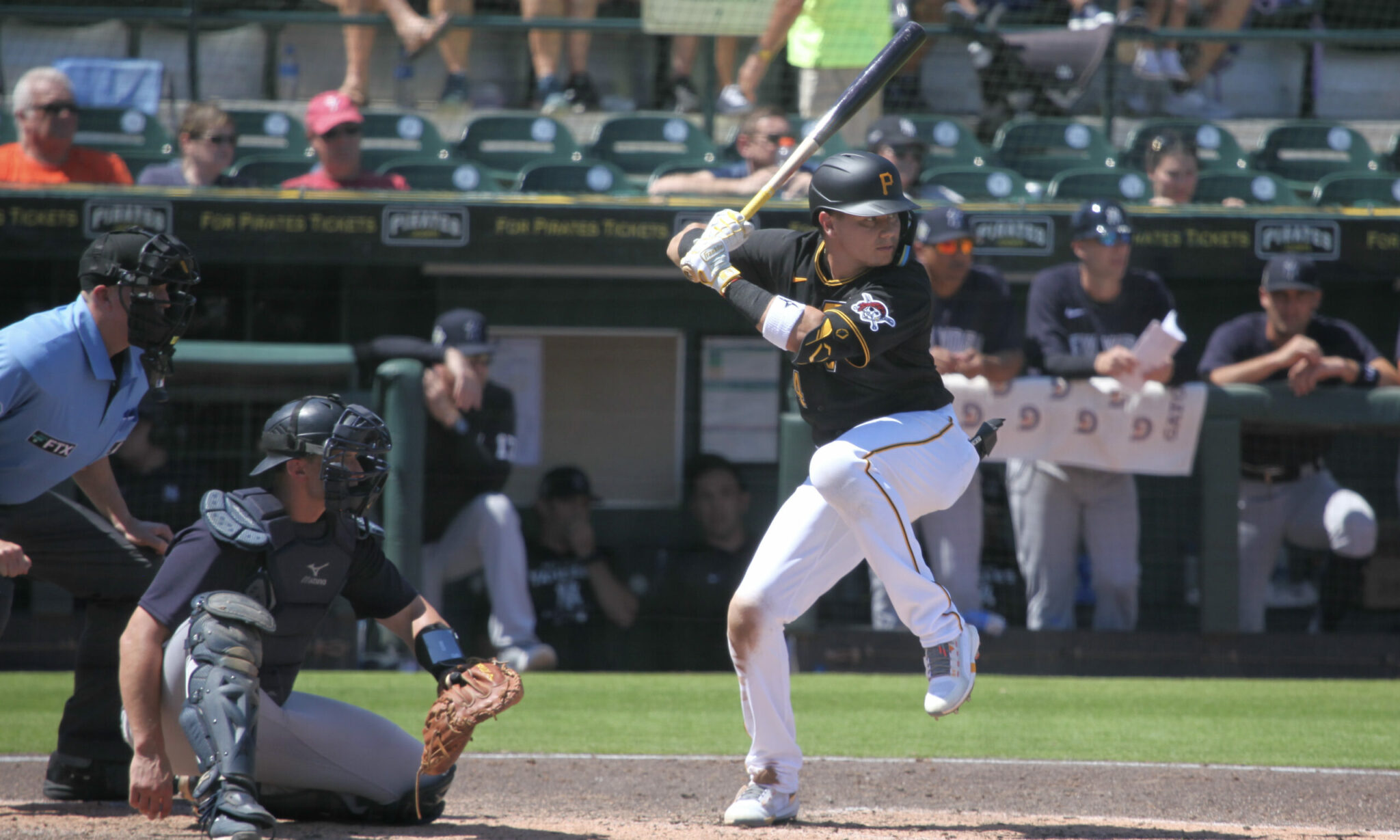 Castillo CastilloWelcome to the Pirates Prospects daily video rundown, where we pull some of the top videos of the Pittsburgh Pirates across the internet.

Cruz started the year with Greensboro, making seven starts before getting promoted to Altoona, where he would make his final 14 starts of the 2021 season. In 70 2/3 innings with the Curve, Cruz posted a 3.44 ERA with 22 walks and 60 strikeouts.

Cruz, 23, doesn’t have an overpowering fastball, but as you can see he doesn’t need one with that giant breaking curveball in his arsenal.

Collectively during the 2021 season, Cruz struck out just under a batter per inning, and held the opposition to a .684 OPS.

Another look back at Cruz, this time during the 2021 season. In this start, Cruz pitches four innings of one run baseball, allowing three hits while walking one, hitting another and striking out three. He received a no-decision in the start.

After 14 starts at Altoona, the next step for Cruz seems to be in Indianapolis as a part of the Indians rotation.

Yet another player acquired in a trade, Castillo was a part of the Clay Holmes trade that also netted the Pirates Hoy Park.

Castillo has an amazing approach at the plate. In 191 plate appearances after coming over to the Pirates, the infielder walked (23) more times than he struck out (22). His approach had always been great, even in the Yankees’ system, the difference this year has been the development of his power.

Here Castillo crushes a 96 mph fastball from Gerrit Cole for his first home run of the Spring. The most impressive part of it? It was 96 mph on the outer half that he didn’t try to do anything fancy but hit it where he threw it, and it paid off.

Castillo was added to the 40-man roster during the offseason right before the lockout, and has had an impressive Spring thus far.

In 15 at-bats, the 24-year-old Castillo has collected five hits, one of which was a home run and has drive in three runs.

One thing you can say about Cole Tucker’s path as a major leaguer is that is hasn’t been conventional. He was called up in 2019, hit a home run in his first game, and didn’t too much after that. The following year was the shortened season due to COVID-19, and on the fly he was thrown in the outfield and had to learn at the major league season.

Then last year it was more of the same, that is until the end of the year where it looked like something clicked in his final 100 plate appearances in September and October.

Tucker batted a far better batting line of .256/.320/.400 with seven extra-base hits. Those extra-base hits represent a quarter of his total career amount over his first three seasons.

It's a Cole world, after all. pic.twitter.com/l55rvu6e4m

So, it’s definitely been encouraging to see him carry that into Spring Training. In 18 at-bats so far in 2022, Tucker has six hits, three of which are extra-base hits (triple, two home runs).

Now, putting too much faith into Spring Training numbers is a good way to get burned but it certainly feels like this is a continuation of last year.

With Tucker’s added versatility in the outfield, he makes for a perfect utility guy off the bench, or if he continues this strong spring, could find himself as the team’s starting second baseman.