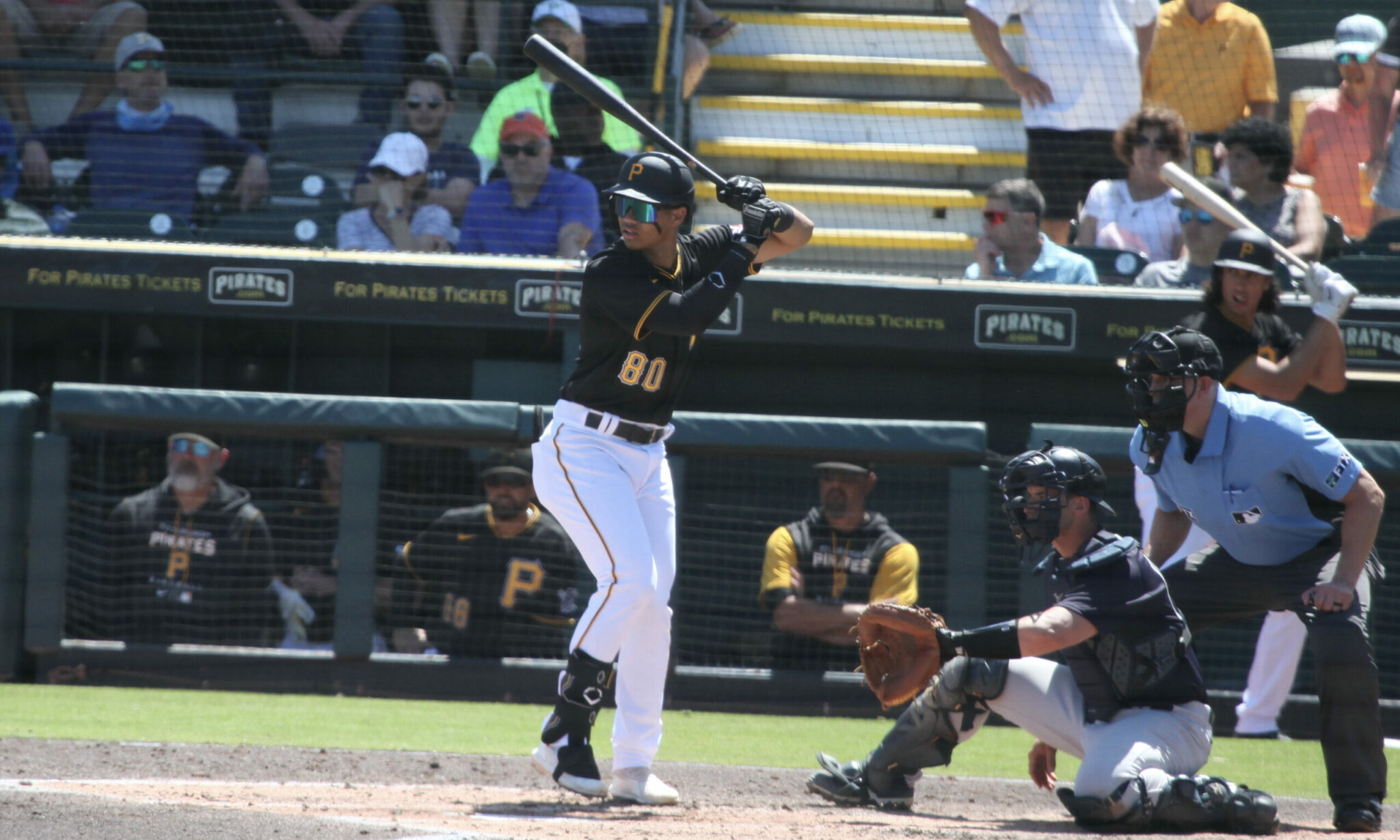 Acquired in the Joe Musgrove trade, Endy showed amazing versatility, both at the plate and defensively in his first season in the Pirates system.

Rodriguez was among the leaders in nearly every offensive category in the Low-A Southeast division and in turn got an invite to major league Spring Training this year.

Endy Rodriguez is going to be fun to watch. pic.twitter.com/FrbjEtBGbB

After going 0-for-3 in Friday’s game while playing as the team’s designated hitter, Rodriguez subbed in for Yoshi Tsutsugo at first base. The 21-year-old went 1-for-1 with a walk and a solo home run.

The first overall pick in the 2021 draft, Davis had his season cut short last year due to an oblique injury. He had played in eight games, six of which for Greensboro. He finished his brief season with an .308/.387/.808 slash, totaling six extra-base hits, three of which were home runs.

Davis saw some game action on Friday, but failed to register an at-bat. Saturday saw him come to the plate twice, flying out to left field in the sixth before grounding out to third in the eighth.

Some double video action from Oneil Cruz, as he hit another monster home run, golfing a pitch that he had no business putting in play the way he did.

Below is the regular view of the home run. Cruz batted .310 last year with Altoona and Indianapolis last season, totaling 17 home runs and 19 stolen bases. An injury was the only thing that could keep him from having a 20/20 season.

He also was recalled for the last two games of the season, getting three hits in nine at-bats, including a home run eerily similar to the one on Saturday.