Major League Baseball announced their schedule on Monday night. The Pittsburgh Pirates will open up in St Louis on July 24th at 8:15 PM. The second game of the season will be Saturday, July 25th at 2 PM and it will be featured on MLB Network.

Teams are playing everyone in their division ten times during this 60-game schedule. The other 20 games for the Pirates will be against AL Central teams.

The Pirates have two three-game series in St Louis and host the Cardinals for one four-game series.

Pirates open up at home against the Brewers with three games. They will host them for another three games, followed by a four-game series in Milwaukee late in the season.

Pirates and Reds have three series in the middle of the season, with a total of seven games in Cincinnati and just three in Pittsburgh.

Pirates and Twins have an early August four-game series, with the first two in Minnesota, then they travel to Pittsburgh for the last two games.

Indians come into PNC Park in mid-August for three games, then the Pirates finish their schedule with three games in Cleveland.

Pirates and White Sox play four times in the second half, with two games at each location (not back-to-back like Twins series). 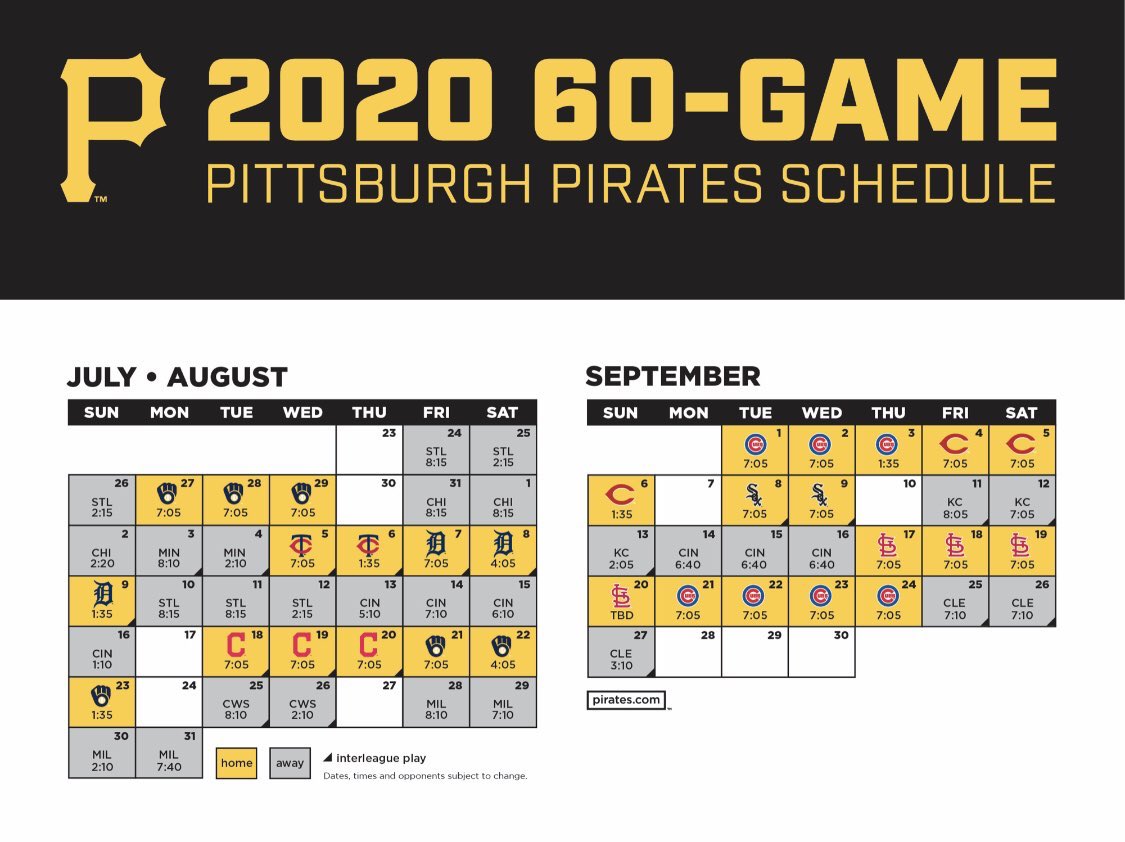