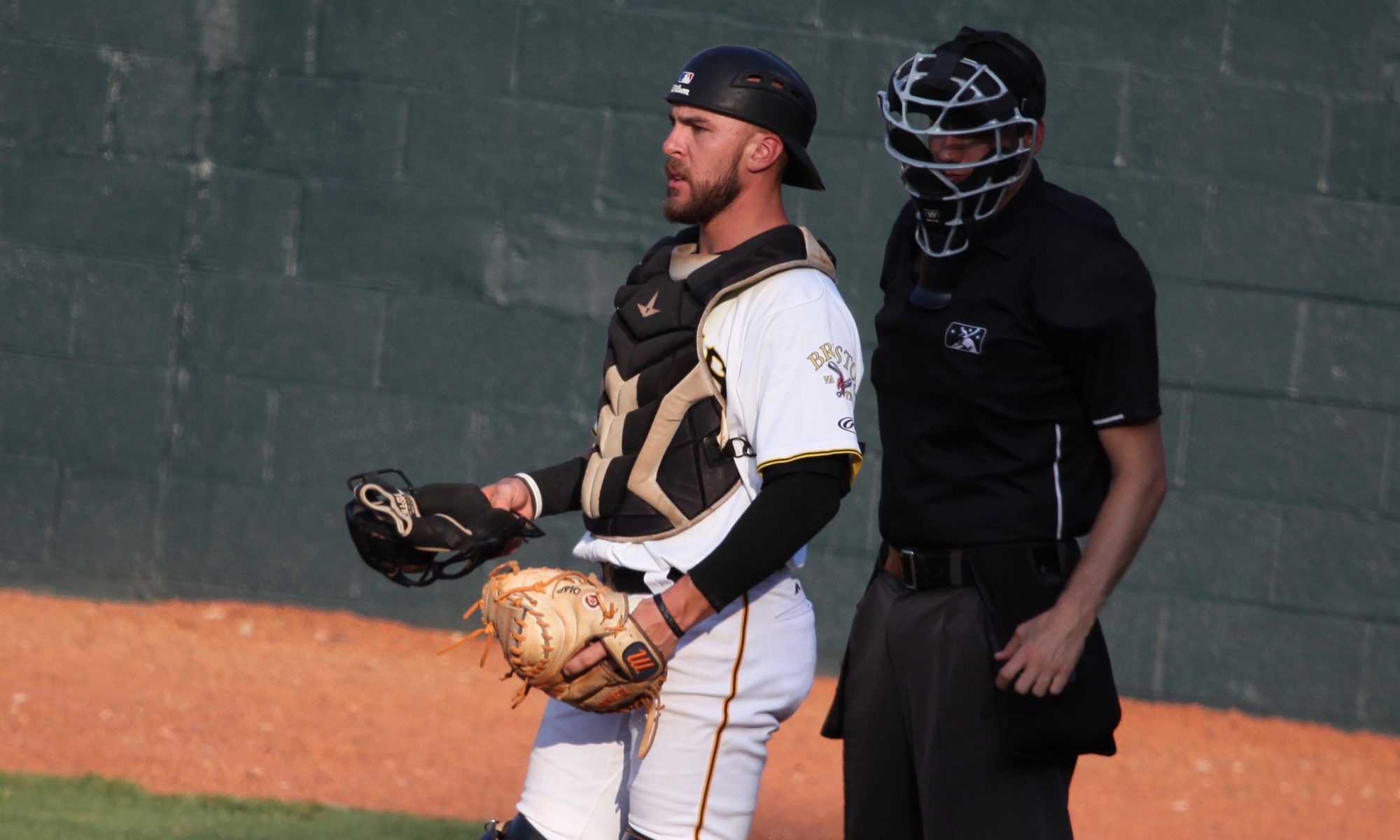 The Florida State League is going to use robo umpires in almost every game this season. Baseball America broke down the usage the other day, though their article was from a different angle, noting that the umpires in the FSL will be at an evaluating disadvantage this year because their work will be easier than other umpires around baseball.

I hate changes in baseball, but I’m not really against the use of robo umpires because there is so much on the line in big league games. You would assume that only the best umpires would get to the majors and there wouldn’t be many missed calls, but we all know the worst umpires by name and dread (not mentioning any names) when an Angel out West is behind the plate. Umpires should be good enough that we don’t know their name at all.

Anyway, this is big news and I wanted to know what everyone here thinks. Do you like the idea of robo umpires making ball/strike calls in the majors?

As I side note, I think that the FSL umps aren’t at a disadvantage because they can still mentally call balls/strikes and get better in their own judgment, with instant analysis in their ear. Plus if baseball is trending that way, then their job description only varies from others for this one season and they will be the ones used to the new system.

I think the robo umps could actually help prospects. An example is the worst outing by Michael Burrows last year. I watched him give up six runs in 1.2 innings in one start and the umpires was absolutely awful, missing numerous calls, which spiraled the game out of control. Pitching coach Tom Filer casually lit into the umpire during a mound visit and he gave him an earful for a good 20 seconds and most people there probably didn’t know Filer was outraged at the time because he hid it well. A robo umpire would have prevented those runs and possibly Burrows continues his dominance. He had a 1.00 ERA going into the game and that game alone ended up adding 1.12 to his final ERA. Burrows is just an extreme example, but clearly both hitters and pitchers are getting bad calls often in the minors daily.

Let me know in the comments your thoughts on robo umps. Yay or nay?

Watched Field of Dreams last night (for about the 25th time) and heard this song, which they put in the perfect spot

Matt Antonelli was a prospect about 10-12 years ago, getting rated as high as #50 among all prospects by Baseball America in 2008. His career got sidetracked by injuries and his big league time was brief. Now he makes videos talking about things that go on in the majors/minors. If you’ve never seen his YouTube channel, you need to check it out. Here’s a recent one, and there are many more worthwhile ones on his channel. Enjoy!

Jim Dougherty, pitcher for the 1999 Pirates. He was a late round draft pick of the Astros, who took five years to make the majors. He posted a 4.92 ERA in 56 relief appearances his rookie season of 1995. After that he had three unsuccessful stints in the majors, one year each with the Astros, A’s and Pirates. He had ERA’s (in very few appearances) of 9.00, 8.25 and 9.00 in those three seasons. He pitched just two innings for the Pirates. His first outing he gave up three runs, two of them earned, in two innings, then walked the only batter he faced in his other game before being sent to Triple-A for the rest of the season. He pitched 586 minor league games over 12 seasons without making a single start.

Juan Jimenez, pitcher for the 1974 Pirates. His big league career consisted of just four relief appearances for the 1974 Pirates, four innings total. He pitched six seasons in the minor leagues, the last three in the Pirates system, where he pitched both in relief and as a starter. He had an ERA between 2.57 and 3.03 each of those three seasons. Jimenez spent all of 1975 in Triple-A before the Pirates sold him to a team from the Mexican League, where he finished his career. He began his career in 1967 in the Astros system as an infielder, switching to pitcher after just one year in rookie ball. An interesting note about his four games with the Pirates. They were spread out over a three-week period and he faced four different teams, all on the road. The Pirates actually played more home games in September that year, yet the home fans never saw him pitch.

Toby Atwell, catcher for the Pirates from 1953 until 1956. The Pirates acquired him from the Cubs in the ten-player Ralph Kiner trade in 1953, then later traded him to the Cardinals during the 1956 season for Dick Rand. Atwell did not have much success behind the plate with his throwing. He led the NL in stolen bases allowed in both 1952 and 1954, and the season in between he led NL catchers in errors. He made the All-Star team as a rookie in 1952 due to his hitting. He batted .290 the year before joining the Pirates, then in 1954 he hit .289 over 96 games. In his four seasons in Pittsburgh, he was a .250 hitter in 232 games. Atwell spent six seasons catching in the Dodgers farm system before he made his Major League debut with the Cubs in 1952. He was blocked in the Dodgers system by Hall of Famer Roy Campanella.

Al Gionfriddo, outfielder for the 1944-47 Pirates. He is known by many baseball people as the man who robbed Joe DiMaggio in game six of the 1947 World Series. It’s a famous catch that is still shown often to this day, but Gionfriddo actually played most of his playing career for the Pirates, not the Brooklyn Dodgers. Al spent three years in the minors and also had a brief stay in the military during WWII, missing the entire 1943 season. During those three seasons, he hit between .329 and .348 each year, earning a late September call-up in 1944 to make his Major League debut. In 1945 he was a regular in the Pirates outfield, playing 82 games in center field and 26 between LF/RF. He hit .284 with 60 walks and 74 RBIs in 122 games that year. A rookie named Ralph Kiner emerged in 1946, taking playing time away from Gionfriddo. Early the next season he would be traded to the Brooklyn Dodgers (along with $100,000) in exchange for five players. He played just 37 regular season games in Brooklyn and only four of the seven post-season games, getting four plate appearances total. Gionfriddo was sent to the minors in 1948 and stayed there for nine seasons before retiring.

Bill Salkeld, catcher for the Pirates from 1945-47. He played nine seasons in the minors before getting his first shot at the big leagues when the Pirates bought his contract from the San Diego Padres of the Pacific Coast League in September of 1944. Salkeld hit .313 with 15 homers and 52 RBIs in 95 games during his rookie season. The following season the Pirates split the catching duties between four guys who all caught between 39 and 56 games. Bill played 69 games total and got exactly 200 plate appearances on the year, hitting .294 with 39 walks. After a 1947 season that saw him slump down to .213 and also get a demotion to the minors, he was traded to the Boston Braves in a five-player deal that brought Danny Murtaugh to Pittsburgh. Salkeld played three more seasons in the majors before returning to the minors where he finished his career in 1953. His grandson Roger Salkeld was a pitcher for two teams during the mid-90’s.

Ray Mueller, catcher for the Pirates from 1939-40 and 1950. He was a prime trade target of the Pirates in 1938. They acquired him from the Boston Bees for two players and cash. He wasn’t much of a hitter at the time, but in each of his first four seasons in the majors, he threw out better than 50% of runners attempting to steal. Mueller batted .233 in 86 games in 1939, then lasted just four games in 1940, before spending the rest of the year in the minors. He would rejoin the Pirates ten years later when he was purchased early in the 1950 season from the New York Giants. He hit .269 in 67 games. He was released prior to the 1951 season and then finished his career that year right back where he started in Boston. In 14 big league seasons, he hit .252 over 985 games, with 56 homers and 373 RBIs.

Jim Hughey, pitcher for the 1896-97 Pirates. He had a 12-18 record while with the Pirates, but that was actually by far the best performance of his career. Hughey finished with a 29-80 record in the Major Leagues. In 1898 he went 7-24 for a St Louis Browns team that went 39-111 on the season. His luck got worse the next year as he pitched for the worst team in baseball history, the 1899 Cleveland Spiders. They went 20-134, with Hughey contributing a 4-30 record. Despite going 17-72 in years when he wasn’t with the Pirates, he still had a higher ERA with Pittsburgh than all of his other five seasons combined, finishing with a 5.03 ERA for the Pirates and a 4.87 career ERA. Jim went a combined 46-27 in the minors between the 1894-95 seasons.