First Pitch: Looking for Bargains in the Amateur Draft 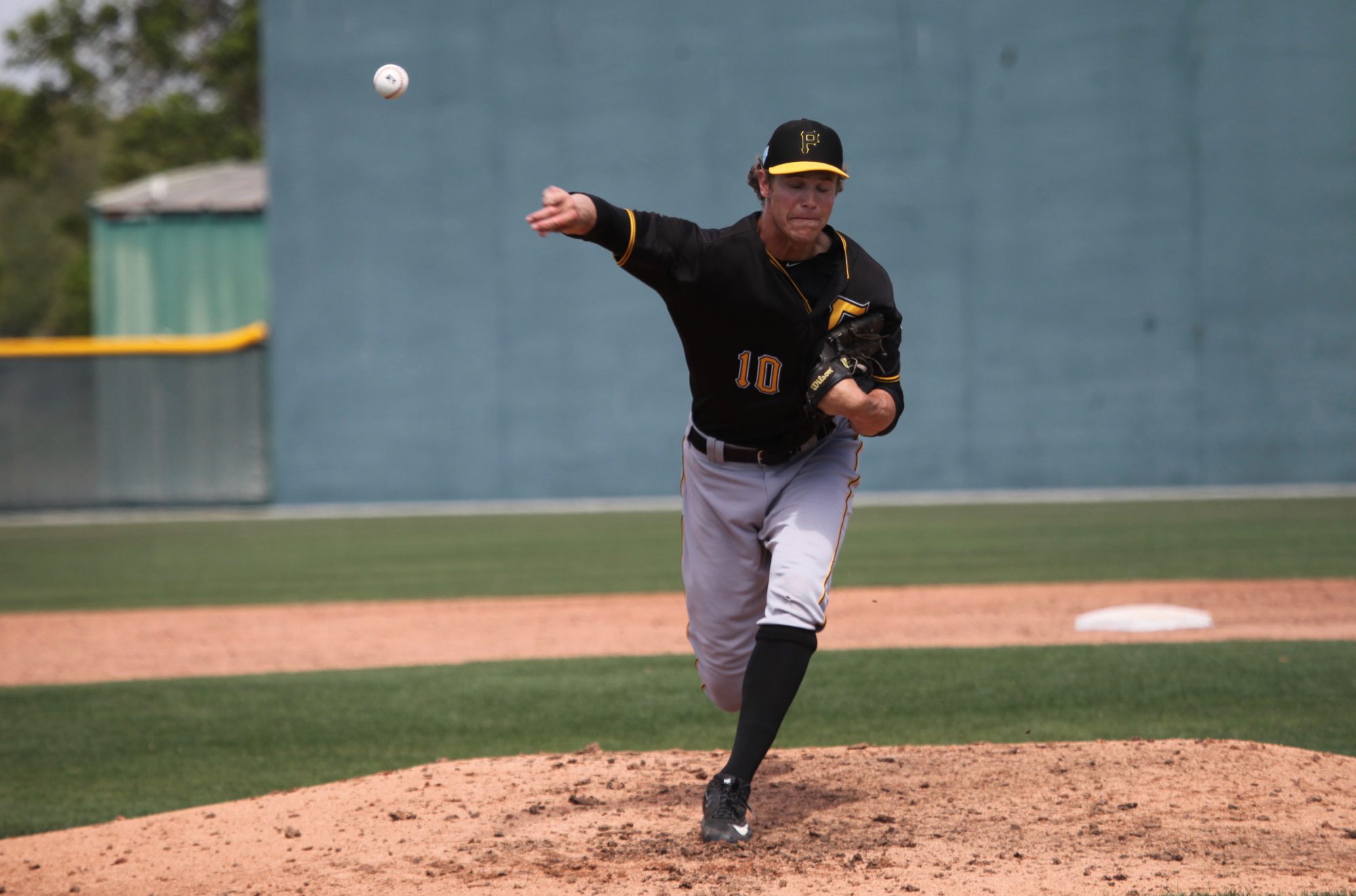 Yesterday we got the news that MLB and the MLBPA agreed on a deal that changed the upcoming amateur draft rules. One of the major points is that the draft may be only five rounds, though I wouldn’t be surprised if they had at least ten rounds. To go along with that rule, anyone who isn’t drafted this year will be limited to a $20,000 signing bonus.

The players who normally sign for $20K or less are college seniors. You occasionally hear about a junior or JUCO player signing for that amount, but it’s rare. It’s possible that we could see more of those players sign this year if they are marginal prospects because the other option is return to school and end up with a $2,000 bonus (some teams actually pay less) like the Pirates pay seniors.

This morning I wanted to take a quick look at what they Pittsburgh Pirates have received from players who signed for $20,000 or less. We don’t have all of the bonus information available for late round players, so in those cases, I only included college seniors. We have posted a draft tracker since 2012 here, so that’s as far back as I will go.

Jacob Stallings signed for $10,000 and Josh Smith made the majors in 2019 for the first time as a senior sign in the 25th round. The Pirates lost him in the minor league draft in 2016, so all they got in return is the small selection fee.

Geoff Hartlieb was a 29th round pick and a senior sign. The Pirates also still have college seniors Hunter Owen and Matt Eckelman from this draft class.

The Pirates signed Beau Sulser for $5,000 and he has a chance to make the majors. They also have Shea Murray (pictured above) pitching in Altoona with a fastball that reaches 99 MPH and a wipeout slider, though control is an issue. He signed for $12,500. The other seven college seniors they signed are all no longer in the system.

Four of the seven college seniors they signed are still in the system. Joe Jacques reached Altoona last year. Will Gardner, Cody Smith and Ryan Haug also remain. The Pirates also signed reliever Nick Mears and John O’Reilly as non-drafted free agents and both of them made it to Altoona last year. Mears is the bargain gem you’re looking for here because he has the ability to be a special signing. They also signed Kyle Mottice, who is an on base machine in the lower levels, with above average speed and decent defense at second base.

The Pirates signed ten players for less than $20,000. Marshall Gilbert retired in the off-season and it’s too early to make proper assessments on the rest of them.

Gideon spent most in 1989 in the minors, getting four appearances for the Expos in June. In 1990 he made the team out of Spring Training. In the second game of the season, a 4-2 loss to the Cardinals in which he allowed one run in one inning, he injured his elbow and would require surgery that put him out the entire season. Gideon never pitched in the majors again and lasted just 23 more minor league appearances before retiring. Heaton made this trade a one-sided win for the Pirates. In three seasons he had a 21-19, 3.46 record in 114 games, 43 as a starter. He won 12 games and made the all-star team in 1990, the first time the Pirates made the playoffs since the 1979 season. Then he made 41 relief appearances for the 1991 Pirates, the second straight NL East winner for the city of Pittsburgh. During Spring Training of 1992, the Pirates traded Heaton to the Royals in exchange for Kirk Gibson, in a deal that didn’t work out for either team.

The Pirates didn’t get much from this deal. Klaus played one season at Triple-A before retiring. Davis in 1969 hit .234 with four RBIs in 62 games, with just ten of those games coming as a starter. He spent the 1970-71 seasons playing for the Pirates in Triple-A before retiring. The 1969 Padres were an expansion team in their first season and they were bad. They finished with a 52-110 record and Sisk saw his performance fall off greatly with his new team. He went 2-13, 4.78 in 13 starts and 40 relief appearances. The Padres traded him to the White Sox in 1970, and by 1971 his career would be over. Cannizzaro made the all-star team in 1969 and his career lasted another six seasons in the majors after the trade. In 1970 he hit .279 with 42 RBIs in 111 games.

Mark Melancon, pitcher for the 2013-16 Pirates. He joined the Pirates from the Boston Red Sox prior to the 2013 season. Melancon posted a 6.20 ERA in Boston, then immediately turned things around with the Pirates. He was an All-Star in 2013, thanks to a 1.39 ERA in 71 innings over 72 appearances. He took over the closing role mid-season and saved 16 games. Melancon saved 33 games in 2014 while compiling a 1.90 ERA. For the second straight season, he pitched 71 innings over 72 appearances. His ERA went up to 2.23 in 2015, but it came with a second All-Star appearance and 51 saves, which led the NL and set a Pirates team record for saves in a season. Melancon had a 1.51 ERA and 30 saves in 2016 when he was traded to the Washington Nationals for Felipe Rivero and Taylor Hearn. Melancon has pitched 11 seasons in the majors, posting a 2.85 ERA and 194 saves in 583 appearances.

Bill Macdonald, pitcher for the Pirates in 1950 and 1953. He originally signed as an amateur with the Detroit Tigers and pitched two years in the minors before signing with the Pirates as a free agent in early 1949. The Tigers let him go before his 20th birthday, despite the fact he won 27 games over his two seasons in their system. MacDonald went 13-11, 3.28 for New Orleans of the Southern Association in 1949. He made the Pirates out of Spring Training in 1950, but was used just once the first month of the season. On May 23rd, he made his first Major League start and he threw a shutout with seven strikeouts over the Phillies. A week later he made his second start and couldn’t make it out of the third inning before he was chased from the game. Macdonald ended up making twenty starts and 12 relief appearances, finishing with a record of 8-10, 4.29 in 153 innings. His .444 winning percentage that year was the best on the team during one of the worst years in franchise history. During the 1951-52 seasons, Bill served in the military. Returning in 1953, he went 0-1, 12.27 in four games for the Pirates before they shipped him to Hollywood of the Pacific Coast League. Just four appearances into the 1954 seasons, after allowing eight runs in 2.2 innings, he retired from baseball.

Moses “Chief” Yellow Horse, pitcher for the 1921-22 Pirates. He was a full-blooded Pawnee Indian, one of a handful of American Indian major leaguers during the early years. He pitched just one full season in the minors before the Pirates signed him for the 1921 season. In 1920, pitching for Little Rock of the Southern Association, he went 21-7 in 46 games, pitching 278 innings. With the Pirates in 1921, he went 5-3, 2.98 in 48.1 innings. Yellow Horse made four starts and six relief appearances that year, with his time limited due to an arm injury. He had a bigger role with the 1922 Pirates after pitching well in Spring Training. He would again make four starts on the year but he made 24 relief appearances and ended up pitching 77.2 innings. He injured his arm again and was sent to play for Sacramento of the Pacific Coast League in 1923. Yellow Horse went 22-13, 3.68 in 311 innings pitched that season. A third arm injury effectively ended his career. He would pitch briefly in both 1924 and 1926 in the minors before retiring.