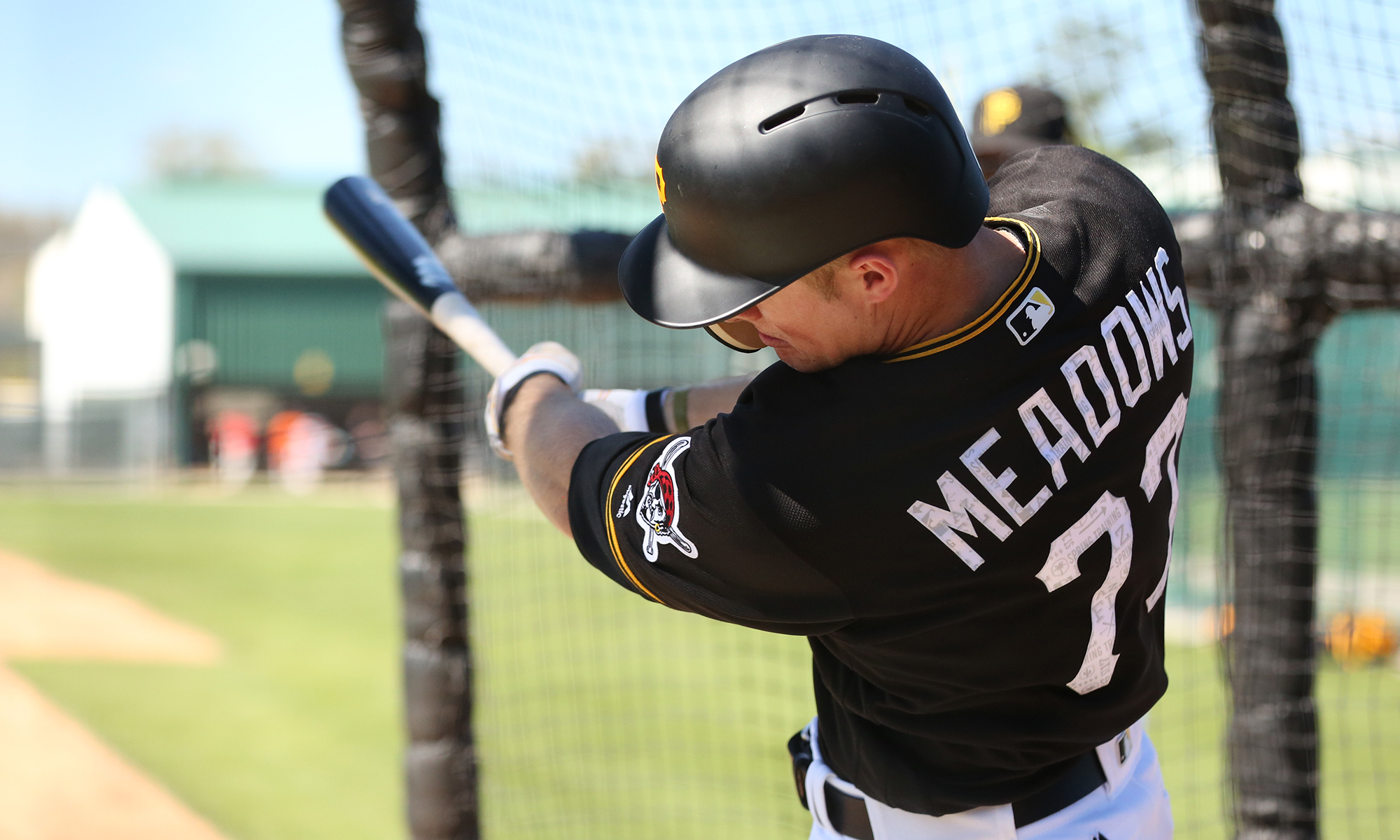 Today’s article is mostly going to be an open discussion on a topic we’ve been talking about all weekend: Development.

The Pirates weren’t the best at development under Neal Huntington. We’ve seen more proof of that in the last few years. I pointed out on Friday how the Pirates could get more from their guys, especially by embracing analytics and new technology.

I received this comment from clemo83, and I think my answer will shed more light on the subject.

It makes more sense to me that they had failed strategies, ala ground balls, rather than they didnt know their players. The pitchers that improved when they left pitched to a different stratehy. There hasn’t been the same issue with hitters that have left, its not like they are all improving as soon as they leave.

First, having data and a database doesn’t mean that you know how to teach the players anything. Don’t think of data as numbers. Think of it as another language.

In order to get data, a hitter needs to simply swing the bat while the technology is capturing his swing. The data then becomes a language that tells a lot of key information about the pitcher.

If you don’t understand that language, then the data won’t matter. It would be the equivalent of handing someone a book in Spanish when they only speak English. If the person giving them this book is not a Spanish teacher, and doesn’t know how to teach Spanish to an English-only speaking student, then simply giving them a book written in Spanish won’t help.

Giving players data isn’t enough. Teaching them what the data means, and how to use it, is the key. That can’t be done unless you’ve got coaches who know how to interpret the data, and then translate it over to the coaching language. It also can’t be done unless the organization decides that it’s important for every player to essentially become “multi-lingual” in their development.

As for the comparison between hitters and pitchers, I’ll note that I constantly heard from opposing scouts that the Pirates knew how to develop pitchers in the lower levels. We saw the proof of that with so many pitchers who went from random prep pitchers to legit MLB prospects.

The argument against the lower level pitcher development success was always to point at MLB success. Tyler Glasnow didn’t turn into an ace. Nick Kingham and Clay Holmes haven’t stuck around in the majors. Gerrit Cole didn’t look like a number one overall guy. Jameson Taillon has yet to do the same.

Soon enough, we started seeing those guys go elsewhere, taking the skills that they developed in the Pirates’ system. They combined that with the approach from their new organizations, focusing on becoming fluent in other development languages, and learning how to translate those languages to the one the players were taught in the Pirates’ system.

You didn’t see as much success on the hitting side. It is interesting that the players who have had the most success under Huntington are the prep and international players. Even those guys haven’t fully lived up to their upsides, and as clemo pointed out, the Pirates have seen more of their pitchers have success elsewhere than their hitters.

This doesn’t necessarily mean that the same trend won’t happen on the hitting side. It might have already started to happen with Austin Meadows and Jordan Luplow, who both looked like the players they were projected to be with their new organizations.

That’s the big thing to watch for me. It’s easy to throw a rapsodo device in front of a hitter and get data. It’s easy to show a hitter data, and compare that data to other players. It’s not so easy creating a development system to properly utilize that data, with coaches/teachers who know how to teach the new development languages to the students/players.

If Cherington can instill that system in Pittsburgh, I feel the Pirates will have much better results out of their current players, even if we can’t imagine those improvements right now. There have been six former Pittsburgh Pirates who were born on this date. Combined they played just 62 games for the Pirates, 51 from one player.

Jorge Rondon, pitcher for the 2016 Pirates. He lasted just two games with the Pirates after they acquired him off waivers during the previous October. Rondon allowed seven runs on nine hits in 3.2 innings. Prior to joining Pittsburgh, he played a total of 11 games over two seasons with three different teams. He debuted in pro ball in 2006 and is still active, most recently playing winter ball in his home country of Venezuela.

Luis Figueroa, second baseman for the 2001 Pirates. The Pirates signed him out of Puerto Rico at the age of 23 in 1997. He split the season between the two A-ball teams batting .240 with 23 stolen bases. The next season he spent the entire year in Double-A, hitting .249 with 71 walks, though his stolen bases saw a huge decline as he went 6-for-11 in steals. He repeated Double-A in 1999 and saw a slight improvement in his stats, but still began the year back there in 2000. After hitting .284 in 94 Double-A games in 2000, he earned his first promotion to Triple-A. He would begin the 2001 season in Triple-A and hit .300 through his first 92 games. In late June the Pirates called him up to the majors where he played four games off the bench, going 0-for-2 at the plate, before being sent back down. Six weeks after being demoted he was put on waivers, where he was picked up by the New York Mets. He finally made it back to the majors in 2006 with the Toronto Blue Jays. He remained active in winter ball until 2016. Figueroa played MLB games and 1,617 minor league games. Figueroa is the cousin of Jose Hernandez, who played shortstop for the Pirates in 2003 and 2006.

Jerry Hairston, outfielder for the 1977 Pirates. He was a third round draft pick of the White Sox in 1970 and played for them until the Pirates purchased his contract on June 13, 1977. He played 51 games for the Pirates, hitting .192 in 52 ABs. His contract was sold to a team from the Mexican League in Spring Training of 1978. Hairston returned to the majors in 1981 with the White Sox and played until 1989, spending 13 of his 14 Major League seasons with Chicago. He comes from a huge baseball family, one of a handful of three generation families in big league history. His dad played for the 1951 White Sox, his brother for the 1969 Cubs and his sons, Jerry (16 seasons) and Scott (11 seasons), both played in the majors.

Ray Harrell, pitcher for the 1940 Pirates. He pitched three games for the Pirates during his one season on the team, all in relief, all in losses, and all came within a four-day stretch in early May. He allowed five runs in 3.1 innings before being sent down to the minors, where he posted a 6-23 record pitching for Portland in the Pacific Coast League. Usually when you see a player from the 40’s with a big gap in their Major League career it is because they served during WWII, but for Harrell he actually played in the minors the whole time until getting a brief shot with the 1945 Giants, his last season in the majors. Prior to joining the Pirates as a waiver pickup in January 1940, he played parts of four seasons in the majors with three different teams, compiling a 9-20 record in 104 games. He won 164 games during his 15-season minor league career.

Skip Dowd, pitcher for the Pirates on July 5, 1910, his only major league game. Bill Powell started for the Pirates that day, his last start for the Pirates. Unlike Dowd, he was able to pitch 15 games for the team before they gave up on him. Dowd came in to finish of an 11-3 loss to the Cubs that day. The last four runs by Chicago were all scored against him, though none of them were earned runs. He pitched to 13 batters in his two innings, giving up four hits, two walks and he hit a batter. He would be sold to Indianapolis later that month and he spent the next five seasons in the minors before retiring as a player. He came to the Pirates right after he graduated from Holy Cross College. He is one of 77 players from that school to make it to the majors, although none have appeared in a game since 1977.

John Sullivan, catcher for the Pirates on September 5, 1908. Sullivan had previously played 13 games for the Tigers in 1905, his only Major League experience prior to coming in to catch the end of an 11-0 loss to the Cubs. It would be his only game for the Pirates. He went 0-for-1 at the plate and he threw out the only runner that tried to steal against him. Apparently it was okay to attempt a stolen base late in a blowout back then, but Sullivan had a strong arm. He went 19-for-36 throwing out runners in the majors. He played in the minors from 1900 until 1910.