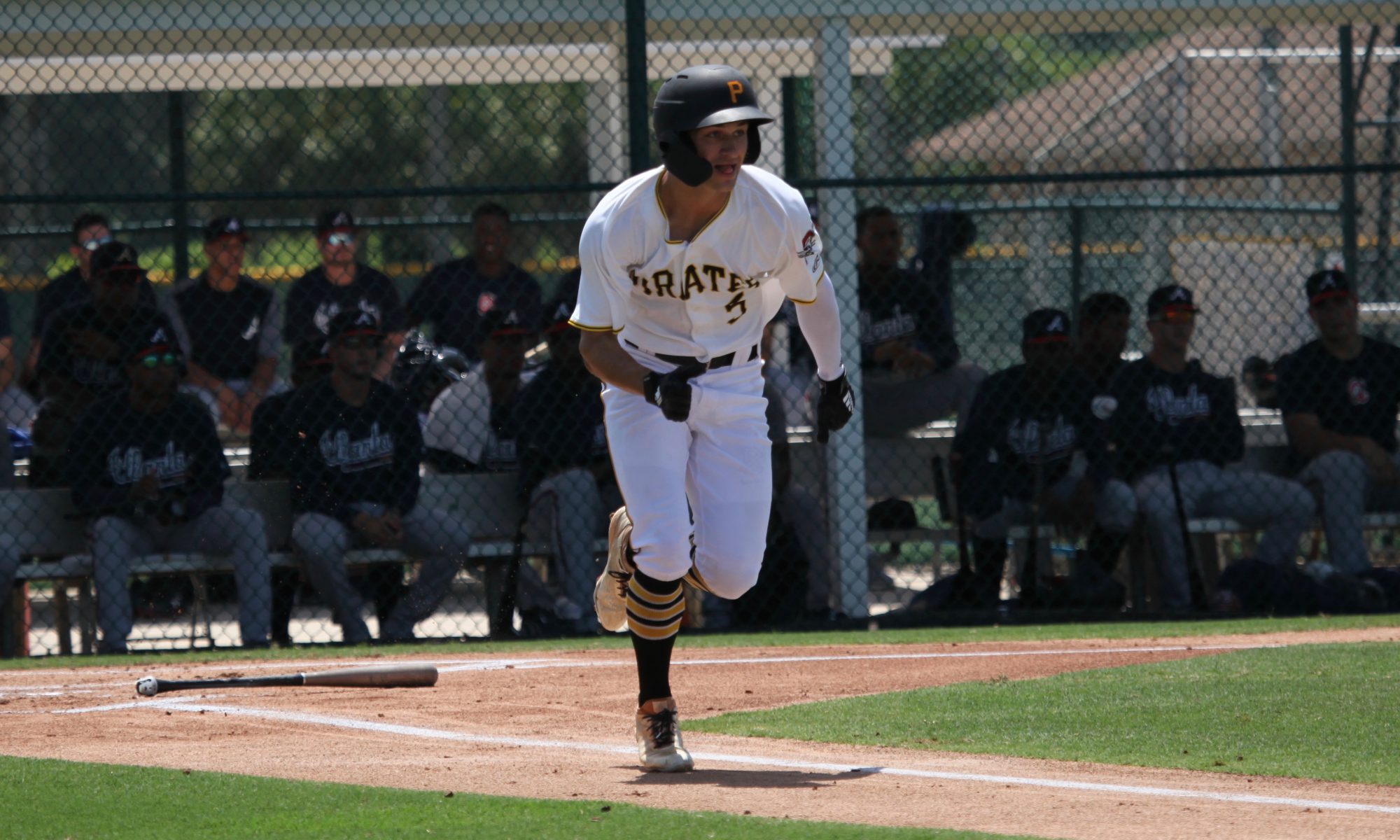 Baseball America posted their list of the top right-handed pitching prospects in baseball. Mitch Keller made the list in the 12th spot. Keller was ranked 52nd overall on BA’s top 100, so there’s no surprise here that he ended up 12th on the RHP list. The other 11 players were all ranked within the top 44 spots on that list, with six of them among the top 20 prospects in all of baseball. MLB Pipeline has Keller as the 13th best RHP, though they also have him ranked as the 39th best prospect.

The only list remaining is left-handed pitchers and the Pirates don’t have any highly regarded prospects at that spot. Pirates had two players on the shortstop list, Ke’Bryan Hayes on the third base list and Mason Martin on the first base list.

** Baseball America released their list of the top outfielders on Monday and Tuesday, split between center field and corner outfielders. The Pirates didn’t have anyone on either list. The corner outfield list only went ten deep, while they went 20 spots for center field. BA has Sammy Siani (pictured above) as the highest rated outfielder in the system. He’s in the tenth spot, dropping down two places after the Starling Marte trade.

** This shows how bad things are at third base for the Pirates right now, at least above Triple-A. MLB Network’s show titled the Top Ten Right Now always gives fans a list of names to consider for the top ten spots before the show for that position airs. They posted the 26 players to consider for third base and no Pirates. Obviously a good deal of the players listed won’t get any consideration for the top ten, but they always list everyone of note. Sorry, Colin Moran.

Who's the best third baseman in the game right now??? #Top10RightNow pic.twitter.com/8wRsDKBdv5

** The Caribbean Series continued on Tuesday with Colombia taking on Puerto Rico. Francisco Acuna was at shortstop and in the lead-off spot once again. He went 1-for-3 with a sacrifice bunt. In four games, he is 3-for-14 with a HBP and a stolen base. Luis Escobar pitched on Monday and all three batters he faced reached base, one on a home run. Colombia takes on Mexico today at 1:30 PM. If nothing else is going on, I might post an article with the live feed of the game and it can serve as entertainment/chat while we wait for Spring Training to start.

Speaking of Spring Training, it starts on Monday…

Here’s a Pittsburgh Pirates word ladder quiz. That means that all of the answers will be one letter off from the previous answer.


RANDOM STUFF OF THE DAY

Sunday was Groundhog Day and there were many new commercials out to celebrate the holiday, though only one had a Groundhog Day theme. A lot of others really missed the point of the day. Groundhog Day is one of my favorite movies and I found the extended cut of the Bill Murray commercial. An extra 45 seconds here, well worth your time.

Four former Pittsburgh Pirates born on this date, including a key member of the 1960 World Series champs.

Don Hoak, third baseman for the 1959-62 Pirates. He spent seven seasons in the minors for the Dodgers before he got his first shot at the big leagues in 1954, then ended up spending the next 11 seasons in the majors. Hoak played for three teams in five seasons before joining the Pirates in a seven-player trade with the Reds on January 30, 1959 . His best season came in 1957 when he led the NL with 39 doubles, while hitting .293 with 74 walks and 89 RBIs. He made his only career All-Star appearance that year. He also led all NL third baseman in putouts and fielding percentage. In 1958 he hit .261 with 50 RBIs, but injuries limited him to 114 games.

Hoak would lead the National League in games played with 155 his first season in Pittsburgh. He hit .294 with 71 walks and drove in 65 runs, while also leading NL third baseman in both putouts and assists. Those stats earned him some MVP consideration for the first time in his career, finishing 17th overall, but he would top that in 1960. He again played 155 games in 1960 and hit .282 with 16 homers, 79 RBIs and a career high 97 runs scored. The Pirates won the World Series over the Yankees that year and Hoak hit .217 with three RBIs in the postseason. He finished second in the NL MVP voting to his teammate, Dick Groat. In 1961 Hoak hit a career high .298 and posted a .839 OPS in 145 games. His stats began to decline in 1962 and he played just 121 games, although he was still able to lead all NL third baseman in fielding percentage. After the season he was traded to the Phillies for outfielder Ted Savage and infielder Pancho Herrera. Hoak hit .231 for the Phillies in 1963 then was used six times as a pinch-hitter in 1964 before retiring as a player. He managed two years in the Pirates farm system (1968-69) before passing away of a heart attack at age 41.

Javier Martinez, pitcher for the 1998 Pirates. He was a third round draft pick by the Cubs out of Puerto Rico in 1994. He struggled in the low minors in 1997, posting a 5.73 ERA in 26 A-ball starts. Despite the numbers and the fact he was still just 20 years old, he was picked by the Oakland A’s in the rule 5 draft, then immediately purchased from them by the Pirates. He spent the entire 1998 season in the majors, posting a 4.83 ERA in 37 relief appearances. He had a high walk rate but also struck out 42 batters in 41 innings of work. Javier returned to the minors in 1999, but again struggled with control and also missed a good portion of the season. The Pirates released him in late December that year and he ended up playing the next six seasons in the minors before retiring. He pitched just one Triple-A game during his entire pro career.

Jack Maguire, outfielder for the 1951 Pirates. He was an outfielder most of his brief Major League career, but in the minors and during his time with the Pirates, he was an infielder. He was signed as an amateur by the Giants in 1943, although he was serving in the military for the next two years. He returned in 1946 and spent the next four seasons bouncing around the minors until he had a breakout season in 1949, hitting .348 with 71 RBIs for the Minneapolis Millers of the American Association. He was with the Giants all of 1950, yet he played just 29 games and started only six of them, hitting .175 in 45 plate appearances. He was again being used in the reserve outfield role in 1951 when the Giants put him on waivers in late May, despite hitting .400 at the time. The Pirates picked him up and used him eight times off the bench in just over a month before they too put him on waivers, where he was picked up by the St Louis Browns. He hit .244 in 41 games for the Browns before returning to the minors for one final season in 1952. He went 0-for-5, with a walk and run scored while with the Pirates.

Charlie Hautz, first baseman for the 1884 Pittsburgh Alleghenys. He made his Major League debut in 1875 while playing in the National Association, the first recognized Major League and a league that helped pave the way for the National League in 1876. Hautz played first base for the St Louis Red Stockings, a team that existed for all of 19 games and won just four of those games. He batted .301, etching his name into the baseball record books as the franchises all-time leader in hitting. The next and only other time he played in the majors was late in the season for the 1884 Alleghenys. He hit .208 in seven games with three walks and no runs scored. Hautz was an above average player who jumped around the minors his entire career and even turned down multiple offers to play in the National League throughout his career.