First Pitch: Is “The Plan” Emerging? 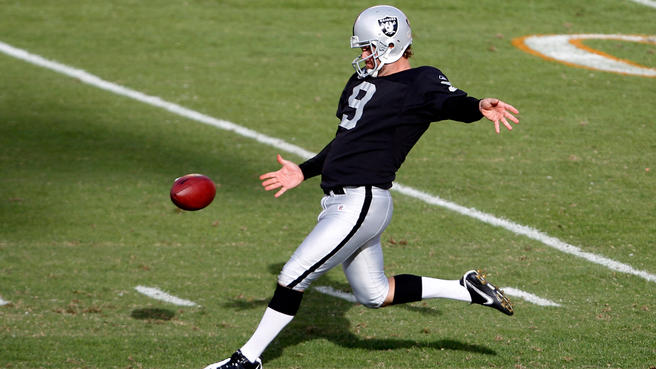 New manager Derek Shelton had some comments recently about the Pirates’ offseason direction, specifically, about the lack of changes to the roster.  You can read about them in a couple of places.

The gist of what Shelton had to say is pretty simple:  The Pirates have chosen to stand pat with a 93-loss roster because they need time to evaluate the current players and that can only be done through direct observation of on-field play.  This makes it pretty clear, if it wasn’t already, that the Pirates have no plans to make meaningful additions before the season starts, or at least before spring training.  Instead of Neal Huntington’s infamous “bridge year,” they’re going to have a “get-acquainted year.”

Shelton’s explanation sounds reasonable on its face, I guess, especially considering the departed regime’s drastic problems in getting its players to perform up to their ability.  But, really, how many players on the roster need extensive evaluation?  Is there a real decision to be made whether to go into the season with Bryan Reynolds and Kevin Newman as starters?  Does it take a lot of observation to see that Gregory Polanco is talented, but highly erratic and a major health risk.  Sure, there are players worth sticking with who might up their games with better coaching, most notably starting pitchers like Chris Archer, Joe Musgrove and Trevor Williams.  The new staff will need to observe them in game action to help them improve, but it’s an easy decision to go forward with them in the rotation.  It’s hard to see what that has to do with the decision whether or not to add players.

Even more puzzling is the notion that the Pirates need to evaluate the current roster before trying to fill gaping holes with solid major leaguers.  How did a “need to evaluate” their non-existent second catcher or fourth outfielder “force” them to make weak (but cheap!) additions like Luke Maile and Guillermo Heredia?

It’s not like it’s hard to see that the team is headed for a significantly lower payroll than last year’s MLB-low total.  Even a rebuilding team — something the Pirates have taken great pains to avoid any appearance of — can add a legitimate major leaguer on a one-or two-year deal to fill holes.  But it has to be willing to shell out for a second- or third-tier free agent, which is more expensive than the likes of Maile and Heredia.  Neither of them is a prospect; they don’t offer any hidden upside.  So it’s impossible to avoid the conclusion that the only priority is maintaining Bob Nutting’s bottom line.

Pirate fans watched the team make little or no effort to improve the roster during Huntington’s last four off-seasons.  Unless something dramatic happens soon, Ben Cherington’s first off-season will make the worst of Huntington’s look like whirlwinds of productivity.  I think a lot of fans would support, or at least understand, a rebuild, and it seems likely that’ll happen eventually.  Even in a rebuild, though, a front office can try to put the best possible team on the field within the limits of its long-term plan.  But after taking a four-year hiatus from the struggle to build a contender, is it fair or sensible for the team to expect the fans to watch it take another year off?

Another one dedicated to Bob Nutting . . . .

Six former Pittsburgh Pirates born on this date, starting with one who was a key part of a major trade that helped bring in a World Series title.

Dave Brain, third baseman for the 1905 Pirates. He was one of three players traded to the Boston Beaneaters in December 1905 in exchange for Hall of Fame pitcher Vic Willis. Brain began his pro career in 1900, playing for the Chicago White Stockings of the American League, which was still considered a minor league at the time. He remained with the team in 1901 when the league gained Major League status, but was released after five games, despite hitting .350 with five RBIs. He played for Buffalo of the Eastern League in 1902, hitting .331 in 130 games, earning a spot on the St Louis Cardinals for the 1903 season.

Brain split his first season with the Cardinals between shortstop and third base, hitting .231 with 60 RBIs and 21 stolen bases. The next season he played seven different positions while hitting .266 with a career high 72 RBIs. In 1905 Dave struggled through July, when the Pirates picked him up for backup infielder George McBride. Brain took over the third base job and played well, hitting .257 with 46 RBIs and providing solid defense. Following the season he was traded to Boston along with minor league pitcher Vive Lindaman and first baseman Del Howard for Vic Willis. Brain led the NL with ten homers in 1907. He played just 28 games in 1908, hitting .125 with no extra base hits. Vic Willis would go on to play four seasons for the Pirates, winning at least 21 games each year, including the 1909 season when he went 22-11 to help the Pirates to their first World Series title.

Ross Powell, pitcher for the 1995 Pirates. He was originally a third round draft pick of the Reds in 1989, making it to the majors for the first time with Cincinnati in 1993. They traded him to the Astros in April 1994 and they in turn sent him to the Pirates in late July of 1995. He would pitch 12 games for Pittsburgh, three as a starter and go 0-2, 5.23 in 20.2 innings. Following the season he was granted free agency and he returned to the minors where he finished his career in 1996. He had a Major League record of 0-5, 5.40 in 48 games, four as a starter. Despite the poor overall record, he was able to post a 1.23 ERA in 12 relief appearances with the 1994 Astros.

Timothy Jones, pitcher for the 1977 Pirates. He was a fourth round draft pick of the Pirates in 1972. He slowly worked his way through the minors, pitching two full seasons in Double-A and then two more in Triple-A before getting a September call-up in 1977. He had been a starter all six seasons in the minors, but the Pirates put him in the bullpen and only used him twice for a total of three innings before the final day of the season. On October 2nd, they let him start game one of a doubleheader against the Cubs and he threw seven shutout innings, picking up his first big league win. Right before the 1978 season started, the Pirates traded Jones to the Expos for relief pitcher Will McEnaney. He spent that season in Triple-A where he had a 6.35 ERA (at a high offense stadium) in 119 innings. Jones never pitched again, ending his Major League career with a 1-0, 0.00 record.

Wally Judnich, outfielder for the 1949 Pirates. He spent his first five seasons of pro ball in the minors with the Yankees and couldn’t crack their loaded outfield. When he was sold to the Browns in early 1940 they gave him the center field job and he excelled, hitting a combined .299 with 254 RBIs in 415 games during his first three seasons. He then lost three seasons of play to WWII, serving in the Air Force. He returned for the 1946 season and wasn’t nearly as good of a ballplayer as he was prior. After two seasons he was traded to the Indians, who would win the World Series that 1948 season, their last WS title to this date. He was picked up by the Pirates off waivers in February of 1949 and hit .229 in ten games before getting released a month into the season. He went to the Pacific Coast League where he would play pro ball until 1955.

Johnny Dickshot, outfielder for the 1936-38 Pirates. Nicknamed “Ugly”, he was a strong hitter in the minors prior to making his MLB debut with the 1936 Pirates. His last three seasons in the minors he hit .343, .309 and .359. He began that 1936 season with the Pirates, playing nine games off the bench before they sent him to the minors. In 1937 he played 82 games for the Pirates, with 58 starts in left field. He hit .254 with 33 RBIs and 42 runs scored. The following season, he was used sparingly all season, making seven starts and getting into a total of 28 games. After the season, Dickshot was traded to the Boston Bees. He played ten games in 1939 with the Giants, then spent the next four seasons in the minors before returning to play two seasons (1944-45) for the White Sox. He was a career .318 hitter in 1,526 minor league games.

Stu Clarke, infielder for the 1929-30 Pirates. He spent five seasons working his way up through the low levels of the minors before the Pirates signed him for the 1929 season. He was a backup infielder, but got a decent amount of playing time when injuries, including one to Pie Traynor, opened up some playing time. He never hit more than .273 in the minors, but was able to hold his own in the majors, hitting .264 with 21 RBIs in 57 games. He had trouble in the field when he was forced to fill in at shortstop. He played well at the hot corner, making just one error in his 15 games. The following season Clarke lasted just a few weeks before the Pirates sent him to the minors. In four games he hit .444, playing two games at second base and two off the bench. He remained in the minors for the rest of his career, playing until 1933.