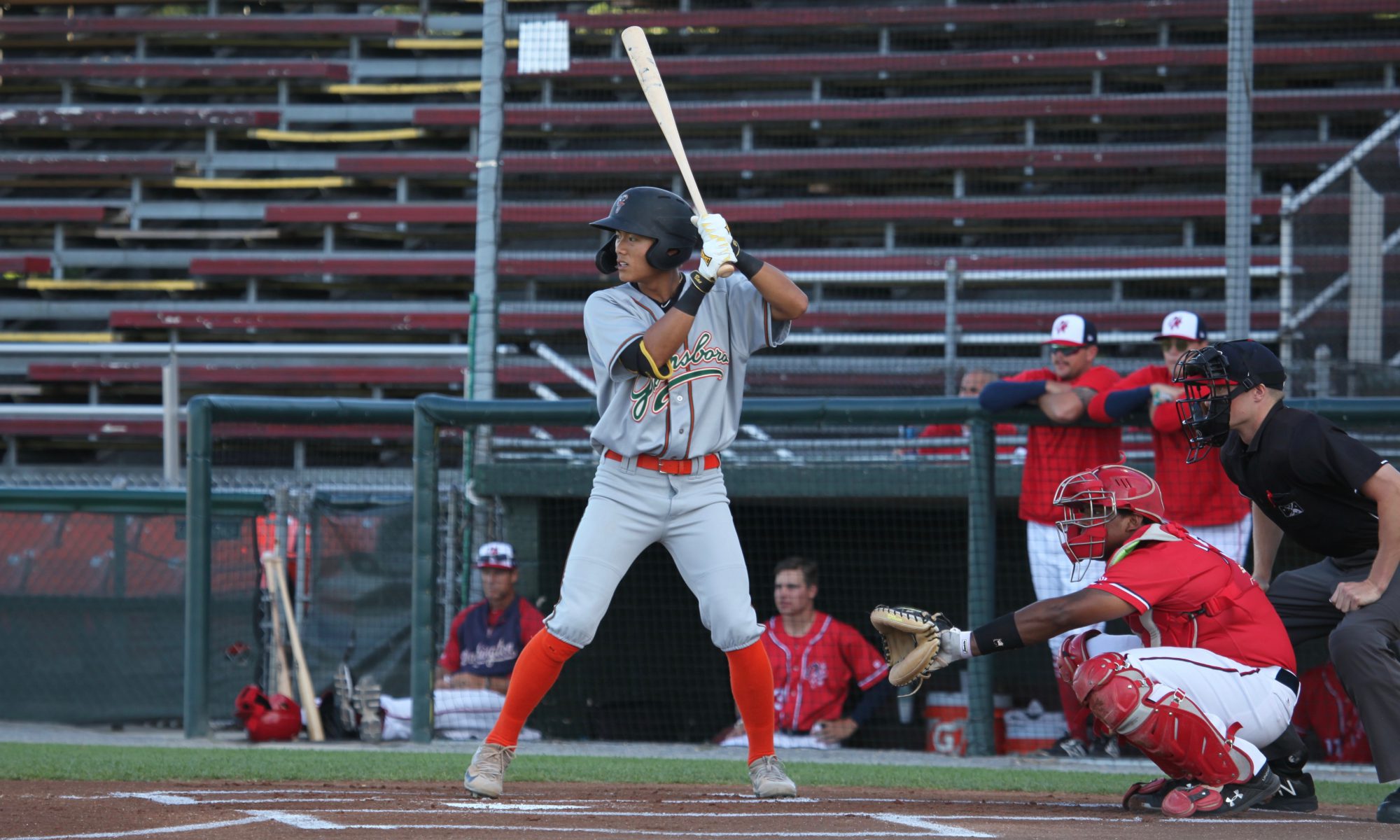 Yesterday we took a look at the season recap for the Greensboro Grasshoppers. It was a team that had a strong group of young hitters and the entire pitching staff was filled with interesting prospects, but they saw very little production from a large group of college hitters from the 2018 draft. Overall it’s a solid group for this level, not the best year, but better than average. To qualify for the list, a batter needed 140 plate appearances, while pitchers needed 40 innings pitched and/or 20 appearances. No batters of note weren’t eligible, other than Pat Dorrian, who is no longer in the system. The pitching side had a lot of intriguing arms who didn’t stay long. The most notable was Noe Toribio, who ranked third in our Morgantown top ten (see link below) and missed the cutoff by just two innings. The voting on this list was done by myself, Tim Williams and Wilbur Miller.

Here are the previous top ten prospect lists we have posted this off-season:

Other Notables: Both Alex Manasa and Brad Case received top ten votes. The two right-handers looked strong at the beginning of the season, with Manasa increasing his strikeout rate and Case doing an outstanding job of keeping runners off base. His success led to a Bradenton promotion in early June.. Third round pick (2018) Connor Kaiser had a disappointing season, which was twice interrupted due to injuries. He finished with a .656 OPS in 79 games. Kyle Mottice is a singles hitter who is great at getting on base and then taking extra bases with his speed. He’s a solid defender at second base as well. Jonah Davis hit 19 homers while playing just over half of the season at Greensboro, but missed the top ten because of major strikeout concerns and a dip in both his running and defensive tools.

Steven Jennings, who was the second round pick in 2017, had an overall disappointing season, though he pitched somewhat better in the second half and had outings that looked better in person than on paper. His main drawback besides low velocity, is his lack of stamina, with noticeable drop-offs later in his outings. Righty reliever John O’Reilly put up solid stats in 20 appearances with Greensboro, but really took off after his promotion to Bradenton. He finished the year in Altoona.