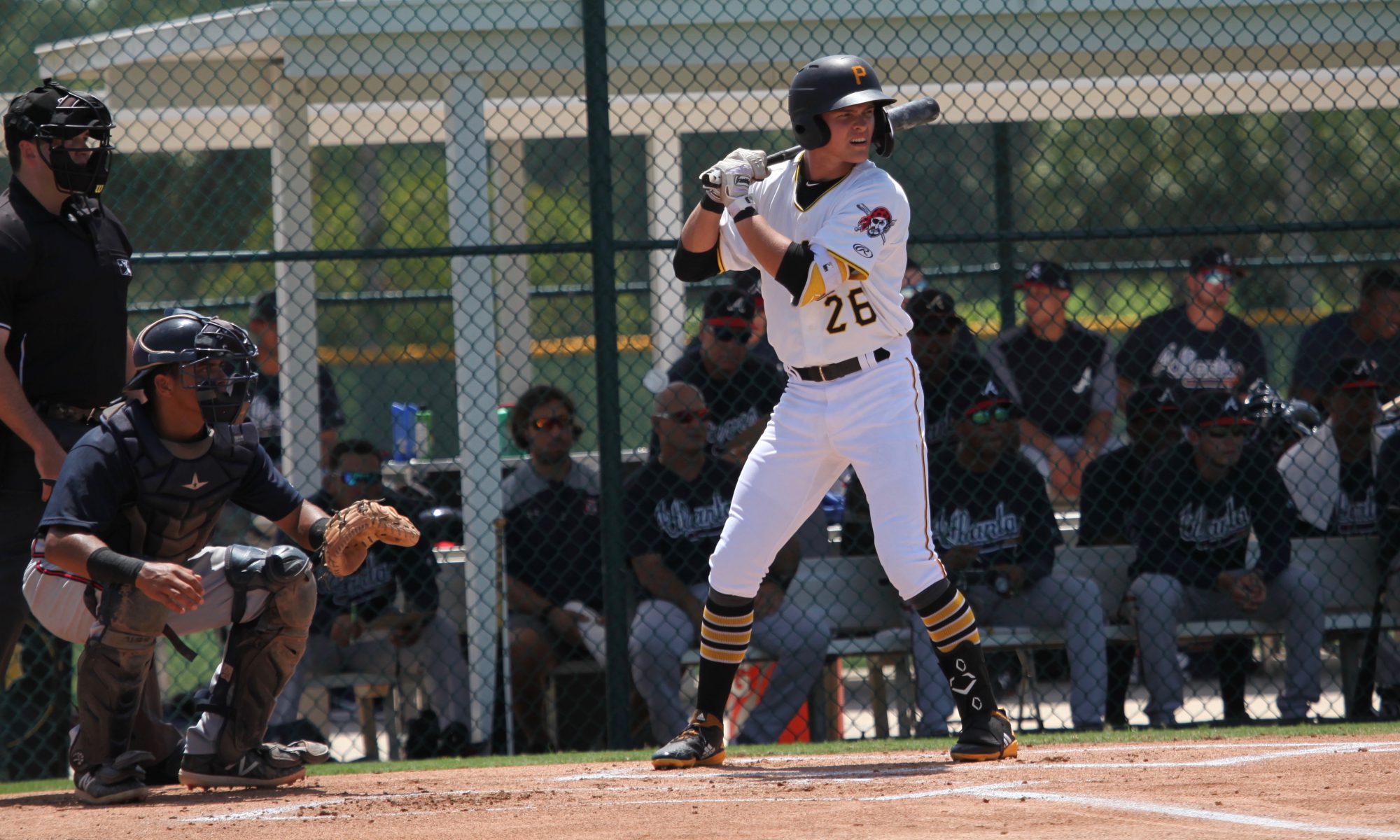 The Pittsburgh Pirates drafted and signed a lot of outfielders this year. The outfields in Morgantown, Bristol and the GCL all have more outfielders than you need for the level. They have cleared up some playing time recently in Bristol by releasing Joseivin Medina, who was a 2017-18 international signing. In Morgantown, sixth round pick Will Matthiessen is seeing time at first base.

The GCL Pirates made their own move this week by putting 11th round pick Jase Bowen at second base. There’s a little more to his back story though than just trying an outfielder in the infield.

The GCL Pirates started with the top two outfielders from the 2018 DSL Pirates in Angel Basabe and Juan Pie. The Pirates then signed Sammy Siani, who was taken with the 37th overall pick this year. That made for a very interesting trio, but things quickly escalated as the 2019 draft signing class kept getting bigger. Bowen was announced as a center fielder and signed shortly before the GCL season started. It’s not an issue to have four regular outfielders with the DH spot and days off, so the team seemed set at this point.

The Pirates also sent 18-year-old Venezuelan outfielder Carlos Canache to the GCL for his debut when (as I was told) they decided that he was too advanced for the DSL. At this point, we were talking about five players who should see regular time. Bowen was followed not long after by Jasiah Dixon and then Deion Walker signing. That gave them seven outfielders, four of them being prep outfielders who received over-slot deals, and three highly regarded international signings who are all 17/18 years old. So it’s not only enough for two outfields, but it’s a very young group.

The move to put Bowen in the infield seemed like a logical one after talking to him following his first game at second base. I was actually making sure it wasn’t an MiLB error, such as the one they still have up for Carlos Canache pitching when it was actually Wilger Camacho. As a side note, Canache has tried his hand(s) at infield, playing second base twice and first base once, so that has helped clear up some playing time too.

Bowen only played infield until he was 16 years old and shortstop was his primary position growing up. He didn’t see time in center field until summer ball two years ago. The plan now is to get him some time at shortstop as well as second base, where he had very little prior experience. His reintroduction to the infield only took about a week before they got him into his first game on Wednesday. He also played there on Friday, and so far he’s handled all 12 chances, including two double plays, without any issues.

Part of the intrigue with Bowen for the Pirates was his athleticism. He had a commitment to Michigan State to play both baseball and football before they signed him away from school. He’s a fast runner, with a strong arm and power potential in his 6’1″ frame. He’s the type who could play wherever you put him on the field. For now though, he’s going to still be seeing occasional time in the outfield over the final few weeks of the season.

His rookie season has been off to a decent start in the pitcher-friendly league, with a .241/.309/.356 slash line in 23 games. He has two doubles and four triples, along with three stolen bases. In the outfield he has handled all 51 chances cleanly. Bowen noted to me that he’s enjoying pro ball while he adjusts to the better pitching he is seeing on a daily basis.

“Getting into pro ball is definitely a huge jump from high school ball,” Bowen said. “I think everyone down here is still adjusting to the velo and off-speed that the pitchers have and learning little things every day about ourselves as ball players. Just knowing it’s a marathon not a sprint helps get through the rough patches at the plate and gets us through it. Overall though, I love the life of a pro baseball player and love the organization I am in.”

The GCL season runs until August 31st, and then all of the draft picks and most of the other players will take a short trip back home, before returning mid-September for the Fall Instructional League. The draft picks usually participate in off-field training during Instructs, but Bowen could be one of the guys who sees game time as he gets more time in the infield.