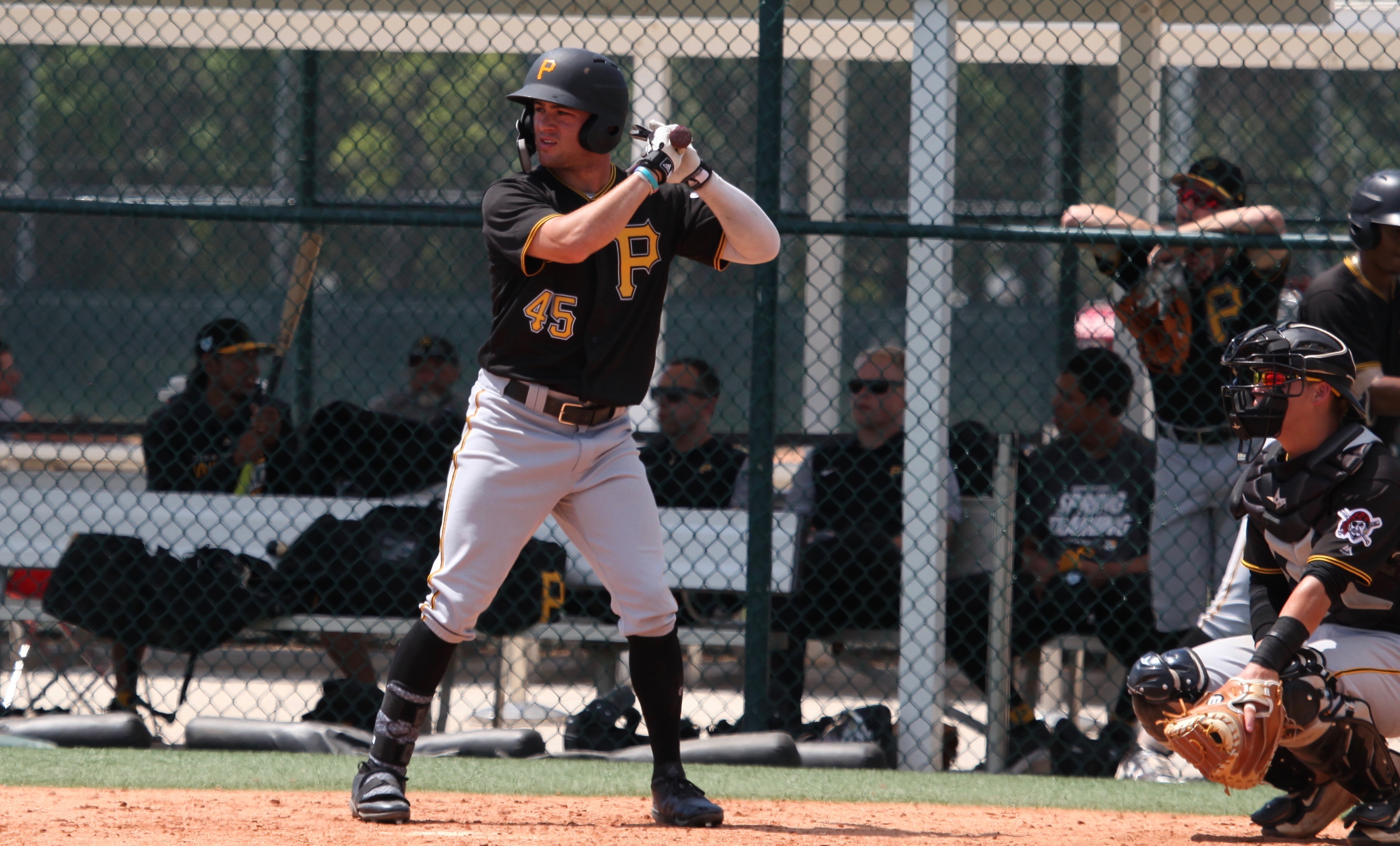 Indianapolis’ offense has been hard to stop in the early going, but a Sunday lineup did the trick, leading to a 3-0 loss to Charlotte that ended the Indians’ six-game winning streak.  Cole Tucker, Ke’Bryan Hayes and the rehabbers — Elias Diaz and Gregory Polanco — all sat.  The result was a three-hit shutout.  The Indians’ only real scoring chance came in the seventh, when a double and a wild pitch put Will Craig on third with nobody out, but they couldn’t get him home.  Craig finished 1-4 with a double.  Trayvon Robinson and Patrick Kivelhan had the other hits.  Bryan Reynolds went 0-for-3 with a walk.

Rookie Davis bounced back from a bad first start to allow just one run over five innings, on two hits and two walks.  He struck out three.  Tyler Lyons threw a scoreless inning, but Jesus Liranzo’s rough early season continued.  Liranzo got through one inning on just six pitches, but his second inning took 29, only 14 of them strikes.  He gave up a homerun following a walk, finishing with two hits, two walks and a strikeout in two innings.  Montana DuRapau finished with a scoreless ninth.

Altoona had their game postponed. It will be made up as part of a doubleheader on June 8th.

Bradenton continued to struggle on offense, dropping a 5-2 game to Dunedin.  The Marauders managed only five hits, with all the offense coming on Travis Swaggerty’s first home run of the season, a two-run shot in the eighth.  Swaggerty finished 1-for-4.  Cal Mitchell was 1-for-3 with a walk, and Jesse Medrano had a double prior to Swaggerty’s blast.  Adrian Valerio and Lucas Tancas had the other hits.  Bradenton is batting just .231 as a team.  The Florida State League as a whole, though, came into today batting just .225, so scaled-down expectations for offense from the Marauders might be appropriate.

Domingo Robles pitched well through four innings, but ran into uncharacteristic control problems in the fifth and gave up four runs.  That included back-to-back longballs.  Robles’ final line was five runs on five hits and four walks over five innings.  He fanned seven and threw 53 of 87 pitches for strikes.  Ike Schlabach followed with three shutout innings.

Greensboro went with somewhat of a Sunday lineup and got the opposite result from Indy; the Grasshoppers had been struggling on offense, but they broke loose for 13 hits and beat Charleston, 11-2.  Greensboro went with a makeshift infield, playing Ji-Hwan Bae at second, Rodolfo Castro at third and Patrick Dorrian at first, along with Connor Kaiser at his usual spot at short.

Kaiser led the way at the plate with a 3-5 game, while Lolo Sanchez stayed hot, going 2-for-3 with his third triple.  Sanchez also got plunked twice; he’s now batting .375, with an OPS of 1.118.  Dorrian and Zack Kone had two hits apiece.  In fact, every player in the lineup had at least one hit except Jonah Davis, who went 0-for-4 with two walks.  Davis is off to a slow start, going 1-for-12 since being activated.  Bae was 1-for-5 with his first steal.  Castro had a double and Fabricio Macias a triple.

Braeden Ogle started and had trouble finding the plate consistently.  He came out after three innings and 53 pitches, although he threw only 13 in his final inning.  Ogle gave up two runs on three hits, while walking one and striking out one.  Nick Economos followed Ogle with four scoreless innings, allowing just one hit.  Nick Mears finished the game with two hitless innings, walking one and fanning three.