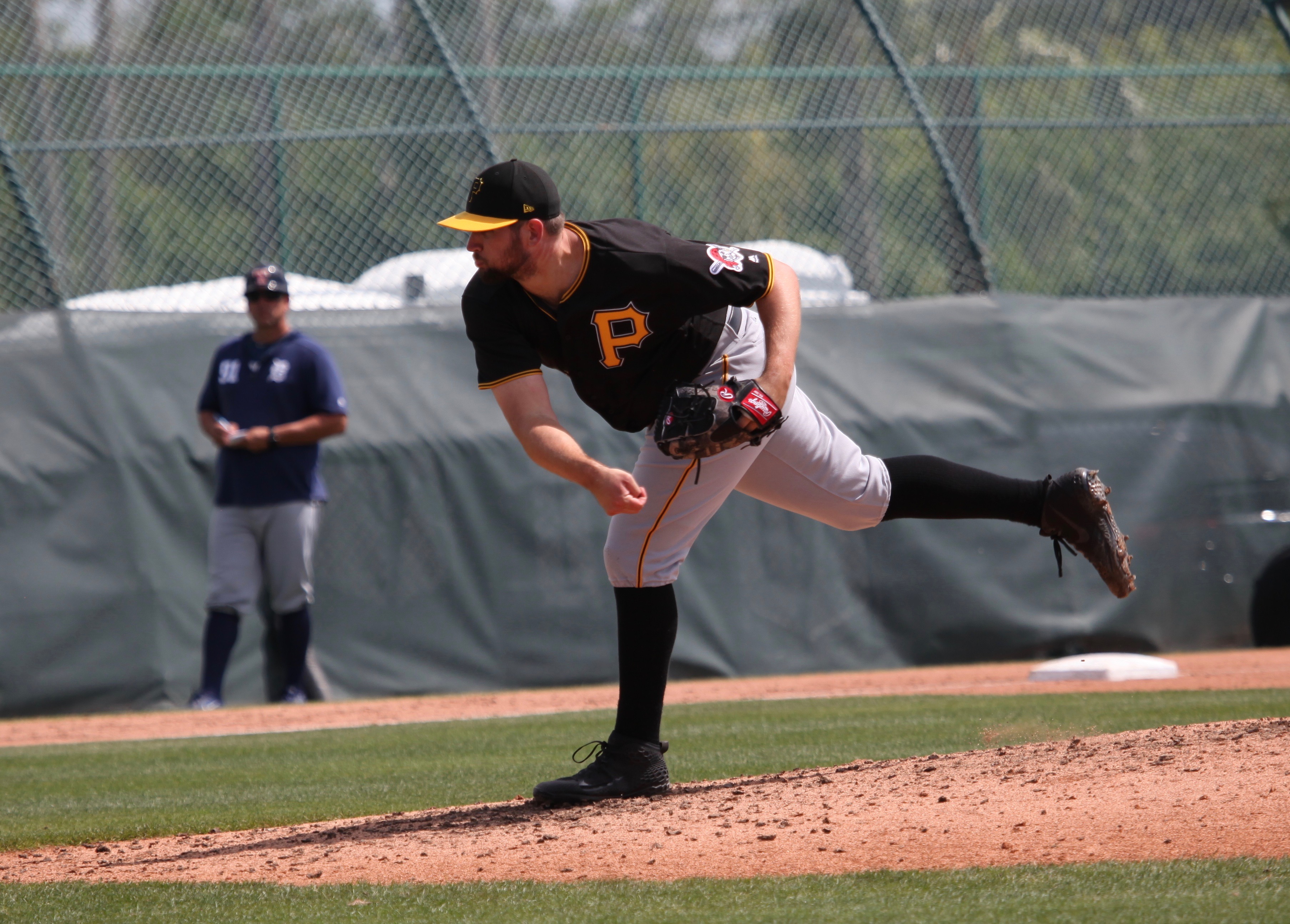 Pomeroy (pictured) was drafted in the 13th round in 2016. He threw hard, hitting 98 MPH in the Fall Instructional League when we first saw him. Since then, the 24-year-old had Tommy John surgery in April of 2017 and saw just 22.2 innings during his return last season. He had 29 strikeouts and a .186 BAA in his limited time, but it also came with 22 walks.

Mielock is a soft-tossing righty, who was drafted in the 40th round last year out of Colorado Mesa. That’s the same school that produced Bligh Madris, who the Pirates drafted in the ninth round in 2017. Mielock obviously wasn’t around long and he only got in 10.1 innings as a pro. He had a 12.19 ERA and a 2.61 WHIP in the GCL. Despite being a 2018 draft pick, he turned 24 years old back in January.