Morning Report: What is Working For the Pirates So Far and Where They Need Improvements 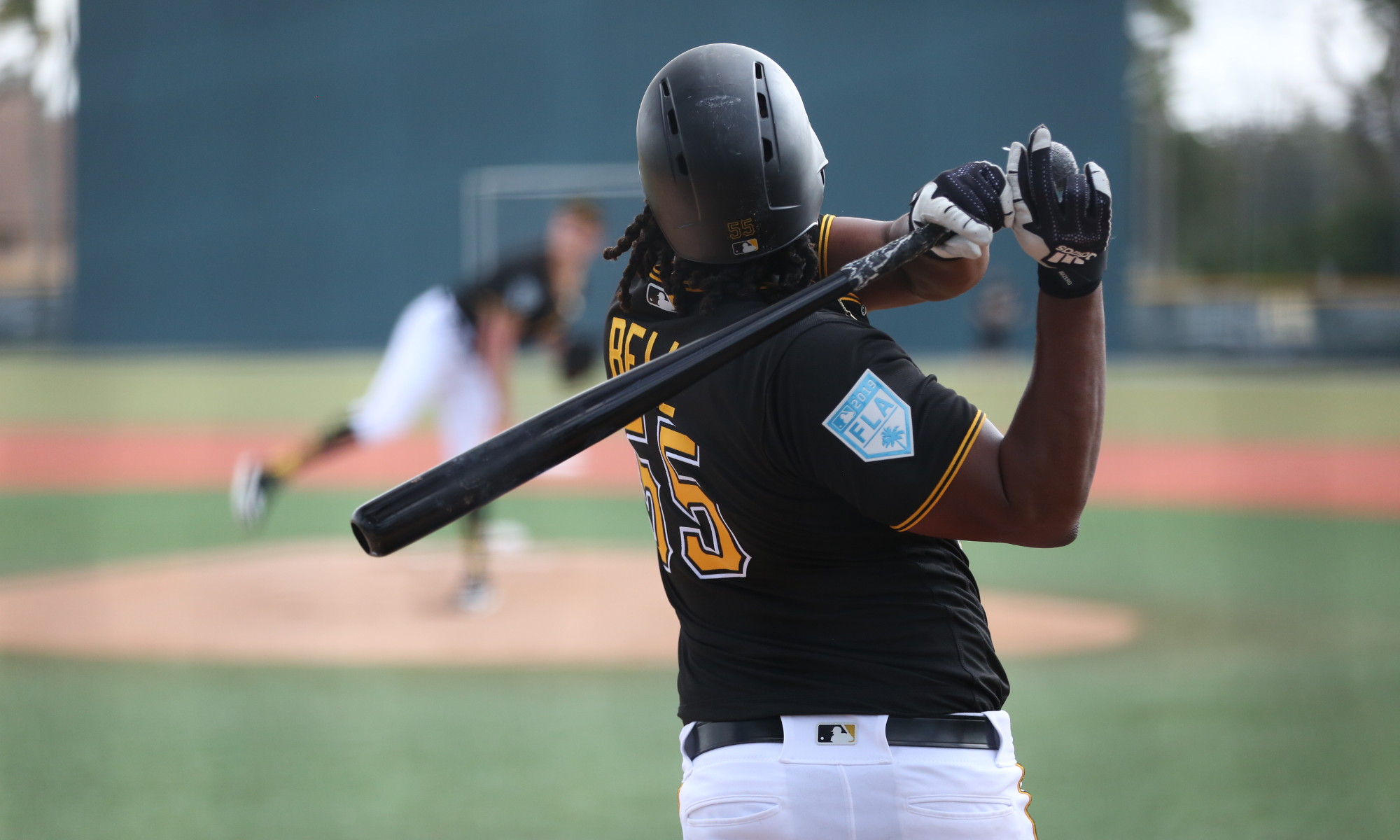 It’s early for everything. But looking at what has worked the first few weeks of the season allows us to highlight why the Pirates are off to a good team start, and what they need to either sustain this, or improve upon this hot start. With that said, let’s look at some things that are working, some things that aren’t working, and what to watch for in each case going forward.

Living Up to the Hype: The Rotation

The starting rotation was supposed to be a huge key to this team contending, and so far the group has been living up to the hype. Chris Archer is looking like his old self. Joe Musgrove is returning with strong numbers so far. Jameson Taillon looks like the worst of the group with a 3.43 ERA and a 3.98 xFIP, and I think you’d take that as the worst performer.

Trevor Williams and Jordan Lyles are rounding out the rotation by hardly allowing any runs. If there’s an area of concern here, it would be the fear of regression from these two. Williams is starting off similar to last season, with a good ERA, but a much worse xFIP. It was a similar story last year, and that season included some up and down performances, with a big downswing in the middle of the season. He’ll need to find a way to minimize the regression with his BABIP (currently .222, career .276) and his strand rate (currently 80.3% vs 73.6% career).

The same goes for Lyles. He’s had two great starts, but he’s also stranded 100% of runners, and has a .200 BABIP. The key difference here is that Lyles is striking out just over a batter an inning, which should help to reduce any regression, and possibly keep him an average or above-average pitcher if this trend continues.

Why You Can Never Have Too Much Pitching: The Bullpen

The bullpen was one of the highlights for the Pirates last year, with guys like Kyle Crick, Richard Rodriguez, and Edgar Santana stepping up early, while Keone Kela was added for a boost at the trade deadline. Looking at the situation now, you can see why you can never have too much pitching depth, especially with relievers.

Santana went down late last year with Tommy John surgery. Crick went down after two appearances this year with a triceps injury, but could return soon. Meanwhile, Kela and Rodriguez have both struggled, and you wonder where the team’s record might be this early if they didn’t have seven combined meltdowns (they had 7 each last year).

I’m not going to call the rotation a success after a few weeks, and I’m not going to say the bullpen is doomed. There’s a chance for a turnaround with either of those relievers. Crick returns soon. There have been encouraging signs out of Nick Burdi, Nick Kingham, and Francisco Liriano. Felipe Vazquez has been solid as usual. If the Pirates can just get back to the point where their seventh and eighth innings are also shutdown innings, then they could win a lot of games this year, assuming the rotation also holds up.

Overall, the offense hasn’t been great. The Pirates rank around the 20 spot in MLB offensive rankings in WAR, wOBA, and wRC+ so far. That’s about what I expected out of the group, giving a below-average performance, with the chance for a league average or better result if things go right.

Fortunately, a few key things are going right. Josh Bell’s bat has exploded so far this year with a .314/.390/.627 line. Colin Moran is also seeing success with a .308/.400/.615 line early. And it is early for both of these guys. I don’t know if these numbers will hold up all year, and they almost certainly will regress a bit, as I don’t see the Pirates having MVP candidates at the corners.

But one of the biggest keys to this team and this offense was Bell and Moran stepping up, especially with the power, and that’s an encouraging sign to see happening early.

There’s also some room for optimism about the lineup going forward. Starling Marte is off to a very slow start, but you’d have to imagine he will turn things around soon. Jung Ho Kang is off to a bad start, but has been getting more playing time than Moran, and that should change until Moran looks worse or Kang looks much better. Adam Frazier is repeating his second half results on offense and defense. Corey Dickerson and Francisco Cervelli aren’t doing bad, but could both see improvements.

The Pirates have two big things going right with Bell and Moran, and a lot of potential improvement behind those two. The question is whether those two can maintain their early power hitting, while allowing others to step up in the process.

The Depth Has Stepped Up

If you told me that the outfield would be made up of Melky Cabrera, with JB Shuck as the fourth outfielder and Jason Martin as a backup in early April, I would have thought this offense would have been doomed. That hasn’t been the case, and part of the reason the offense has stayed afloat with so many key guys needing improvements is due to this depth.

Cabrera has produced the second highest WAR on the offensive side so far, with a .390/.405/.537 line. There are some concerns there, particularly the total lack of walks and the unsustainable .417 BABIP. But he just has to hold this up until Gregory Polanco returns.

Shuck has an interesting line at .273/.467/.364, showing very little power, but a ton of walks that has him getting on base almost half the time. When Polanco returns, Shuck won’t be a bad fifth outfielder and bat off the bench if he continues these on-base skills.

As for Martin, he’s showing that he still has things to work on in the minors. His strikeout rate is high, his walks are low, and his power isn’t high enough for that combo, at .118 ISO. He’s benefiting from a .500 BABIP, which won’t continue. But he was the seventh outfield option on the depth chart at best, and probably eighth when you consider that Pablo Reyes was ahead of him going into the season. For him to be putting up 0.2 WAR in his brief time up is big, as it avoids the negative-WAR you’d expect from the eighth best outfield option.

These three outfielders have combined for 0.9 fWAR so far, which is huge, as I had Cabrera and Shuck contributing -0.2 WAR combined this year in the pre-season analysis. The offensive depth looked strong heading into the year, and has lived up to that so far.

Today’s Starter and Notes: The Pittsburgh Pirates were off yesterday. They travel to Detroit for a quick two-game series that begins today, before returning home for seven games. Joe Musgrove will be on the mound for the Pirates today. He has not allowed an earned run in 15 innings, covering two starts and a relief appearance. His mound opponent will be 28-year-old lefty Matthew Boyd, who has a 2.60 ERA, a 1.11 WHIP and 29 strikeouts in just 17.1 innings. He had 13 strikeouts against the New York Yankees in his second start.

The minor league schedule includes a morning start time in Indianapolis, where Mitch Keller will make his third start of the season. He failed to get through five innings in each of his first two starts. Osvaldo Bido goes for Greensboro. He has thrown 11 shutout innings this season. Altoona will send out Dario Agrazal for his third start. He hasn’t walked a batter yet this season in 12 innings, but those same batters are hitting .400 against him. Bradenton will send out Oddy Nunez for his third start.

From the Pirates, since none of the minor league teams posted videos

On this date in 1903, one of the greatest Pirates players of all-time was born. Paul Waner played 15 seasons in Pittsburgh, hitting .340 during his time in the city.  Waner has the highest career batting average among any Pirates player with more than 2,000 plate appearances. He is sixth in OPS, second in runs, third in hits, fourth in total bases, first in doubles, second in triples, third in walks and fifth in RBIs. You can read his full bio here.

There are two other former Pittsburgh Pirates players born on this date and one small trade of note. Also on this date in 1903, the same day Paul Waner was born, the Pirates opened up their season with a 7-1 win over the Cincinnati Reds. This team went on to play in the first World Series and the lineup from Opening Day (which is in the link above) was nearly identical to the one that started game one of the WS. For more information on that first World Series, click this link that recaps game eight of the series. At the bottom of the link, there is an article on the comparison between the Pirates and Boston Americans (Red Sox) along with the recaps of the first seven games.

The other two players born on this date are 1942 catcher Babe Phelps and 1891 left fielder Piggy Ward. Their bios can be found in the link above. Phelps came to the Pirates in a trade for for Hall of Fame shortstop Arky Vaughan, then left in the not-so-famous “Babe” trade, going to the Phillies for Babe Dahlgren.

On this date in 1937, the Pirates got pitcher Joe Bowman from the Phillies in exchange for 1B/RF Earl Browne. Bowman ended up playing five seasons for the Pirates, while Browne was out of the Majors by early 1938.