Morning Report: What Can We Learn From Average Team Ages 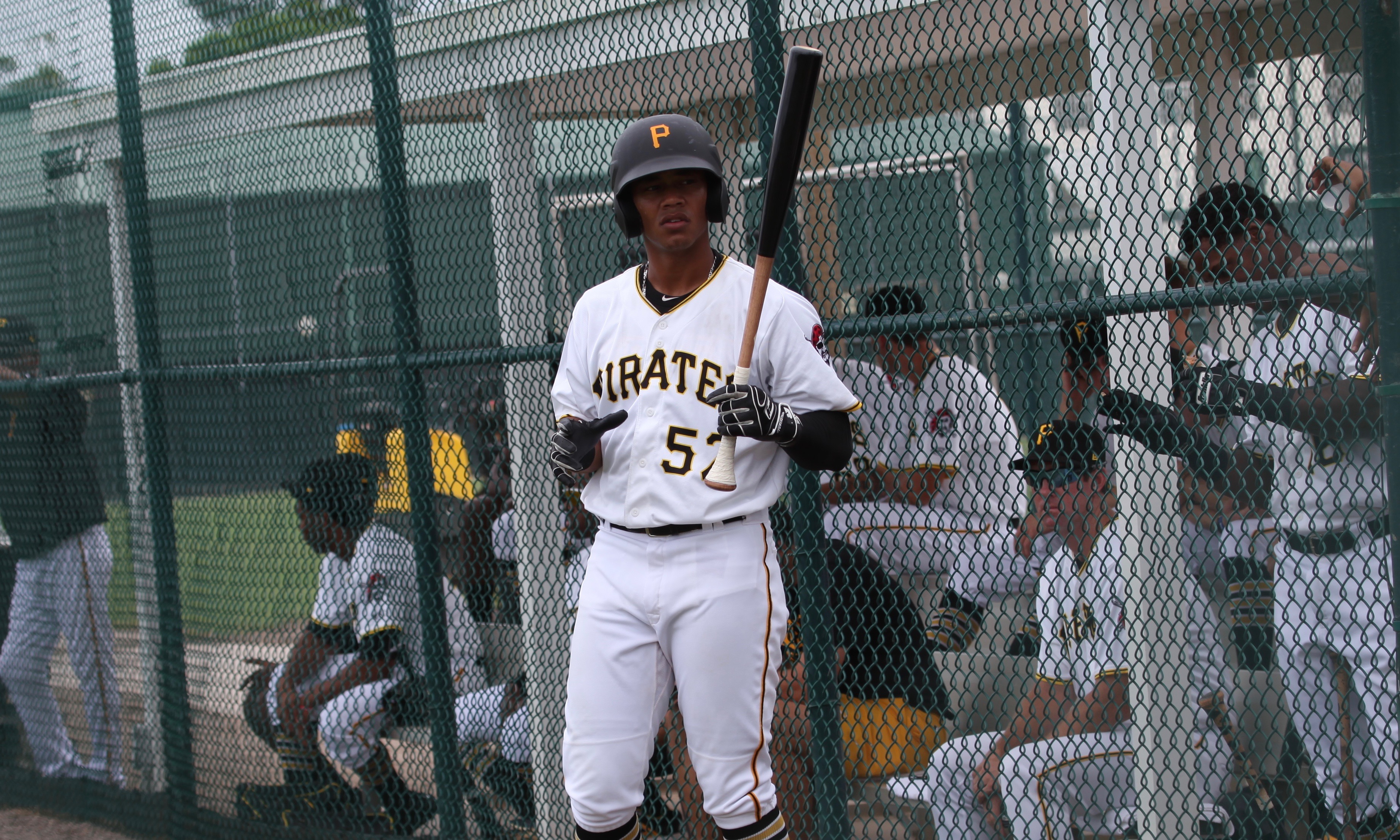 I’ve always liked looking at the average team ages of the Pirates’ minor league affiliates.  You can get these at baseball-reference.com; it shows the weighted averages for each team’s hitters and pitchers, as well as the league average.  (Hitters are weighted by games and ABs, pitchers by games, starts and saves — I’m not sure about that latter one, but this isn’t a scientific measure, anyway.)  The question, of course, is whether it tells us anything.

I can say for sure, right up front, that you have to be cautious with AA and especially AAA teams.  Many rosters in AAA are loaded with veteran players, which causes the league average in particular to skew older.  Some AAA teams will be older than some major league teams.  The same is true in AA, just to a lesser extent.  You especially have to be cautious in comparing an individual player’s age to the league average, because the average age in AAA, especially, is much older than ideal for a prospect.  Still, a team’s averages in AAA and AA probably gives you an idea of how many prospects vs. veterans the team has.

The lower levels are a bit different.  (And I’ll stick with class A and advanced class A, or low and high A, because nobody else has started play yet.)  There shouldn’t be many veterans in high or low class A, so team averages should give us a rough idea of how rapidly a team’s prospects are advancing, which is loosely related to their ability.

So what about the Pirates?

Last year was pretty interesting.  The West Virginia Power had their league’s third-youngest hitters, thanks to a very young group that included Cal Mitchell, Lolo Sanchez, Mason Martin, Rodolfo Castro and Oneil Cruz.  The pitchers were a little younger than league average, 5th in a 14-team league.  That was largely due to a group of prep draftees — Travis MacGregor, Max Kranick, Cody Bolton and Braeden Ogle — who spent variable amounts of time in the rotation, due to injuries.  That team had a lot of upside and, not surprisingly, the results were mixed.  Four of those nine players are in Bradenton now, MacGregor is hurt, and the rest are repeating low class A (due to injury in Ogle’s case).

Similarly, Indianapolis and Altoona had very young teams last year.  The Indians had their league’s second-youngest hitters and fifth-youngest pitchers.  The Curve had the Eastern League’s youngest hitters and second-youngest pitchers.  As we’ve written multiple times here, this was the result of both rosters being heavily stocked with legitimate prospects and, hence, with few minor league veterans.  On the opposite side of the ledger, Bradenton had its league’s oldest hitters by a wide margin and 7th-youngest pitchers, of 12 teams.  As we’ve also written multiple times, the Marauders represented a pronounced talent gap in the system.

So what about this year?  For the most part, the Pirates’ affiliates aren’t especially old or young.  (Bb-ref figures given here are through Monday’s games.)  Indianapolis has the youngest team, which isn’t surprising as its roster again has relatively few minor league veterans.  (It does have some rehabbing veterans, mainly Gregory Polanco and Elias Diaz, which would skew the average slightly.)  Indy’s hitters are fifth and the pitchers third out of 14 teams.  Bradenton’s hitters are 10th-youngest in a 12-team league, although they’re only slightly older than the average.  (The two older teams area a lot older.)  The pitchers, on the other hand, are the youngest, thanks to a very young rotation in which nobody is older than 22.  Greensboro, despite several repeaters from last year, has the fourth-youngest hitters.  Its pitchers are the 10th-youngest.  Then there’s Altoona.  The notorious gap has moved up a level, so that, despite having very few veterans — really just Jerrick Suiter, Bralin Jackson, Alfredo Reyes when he’s not in AAA, and Vicente Campos — the Curve have just the 7th-youngest hitters and 8th-youngest pitchers in the 12-team league.

On the whole, I think it’s a good thing to have a very young team, like the 2018 Power, and obviously a bad thing to have a very old team, like the 2018 Marauders.  Whether a team ranks, say, 8th instead of 5th, though, probably doesn’t mean much.  It’s hardly definitive in any case; quite a few of the very young players on the Power hit a roadblock, although they remain intriguing prospects.  (Sanchez, in particular, is showing signs of figuring things out.)  The young rosters at Altoona and Indianapolis gave the Pirates a lot of potential major leaguers, but we’ve yet to see much impact at the major league level.  (Getting players through that last jump seems to be a problem for the Pirates, but the cause of it is a much bigger subject than I can tackle here.)  On the other hand, not having an especially young roster is hardly a disaster; if Mitchell, Cruz and Travis Swaggerty all do well in Bradenton, nobody’s going to care how old the rest of the roster is.

Today’s Starter and Notes: The Pittsburgh Pirates won 5-3 over the Detroit Tigers on Tuesday night. Trevor Williams gets the start tonight. He has posted a quality start in all three appearances this season. The Tigers will go with right-hander Spencer Turnbull, who has a 4.80 ERA over 15 innings, with a 1.53 WHIP, 19 strikeouts and a .300 BAA. He lasted just four innings in his last start against the Cleveland Indians.

The minor league schedule includes three early games. Altoona and Greensboro each have morning start times. Cam Vieaux, who hasn’t allowed a run yet this season, gets the start for Altoona. Alex Manasa goes for Greensboro. He had 11 strikeouts in his last start, after striking out just one batter in his debut. Alex McRae goes for Indianapolis in an early afternoon start time. He threw six shutout innings in his last start. Max Kranick goes for Bradenton tonight. He recorded just two outs in his last start before reaching his single inning pitch count.

From Indianapolis, Jake Elmore has been hot at the plate this season, getting extra playing time with Kevin Kramer and Jason Martin in the majors.

Jake Elmore is batting .405 (15-for-37) with three doubles and seven RBI thru 10 games this season. His two-run double this evening is our play of the game. 💪@Toyota | #RollTribe pic.twitter.com/iF4eSFP653

.@StephenAlemais slaps one the other way to plate @Jared_Oliva41 get us on the board first.

Just one former Pittsburgh Pirates player born on this date, 1931 pitcher Bob Osborn, so we concentrate on a big day in team history that occurred on this date in 1955. At the time it didn’t seem like a big day and the Pirates lost 10-3 to the Dodgers in game one of a doubleheader, but it ended up being the beginning of a historic career. Batting third and playing right field was Roberto Clemente, making his Major League debut. He went 1-for-4, scoring a run and collecting his first hit off Johnny Podres. Clemente had an infield single in his first career at-bat, then scored on a triple from Frank Thomas one batter later. In game two that day, Clemente batted lead-off and played center field. He had two hits in the second game and scored another run.

The Pirates have opened some seasons on this date worth noting. The Pirates shutout the Cardinals on Opening Day in 1902 by a 1-0 score. They would win the NL title that year and finish with a 103-36 record, best in franchise history.

Twenty-one years later, the Pirates opened up for the second time on April 17th. This time they beat the Cubs by a 3-2 score. Pirates had three Hall of Famers in the lineup, Max Carey, Pie Traynor and Rabbit Maranville.

The 1934 Pirates lost to Hall of Famer Dizzy Dean on Opening Day. What’s interesting about that day is the 1-5 in the Pirates’ lineup. Lloyd Waner, Freddie Lindstrom, Paul Waner, Pie Traynor and Arky Vaughan are all in the Hall of Fame.