Morning Report: The Greensboro Bats are Quiet So Far this Season 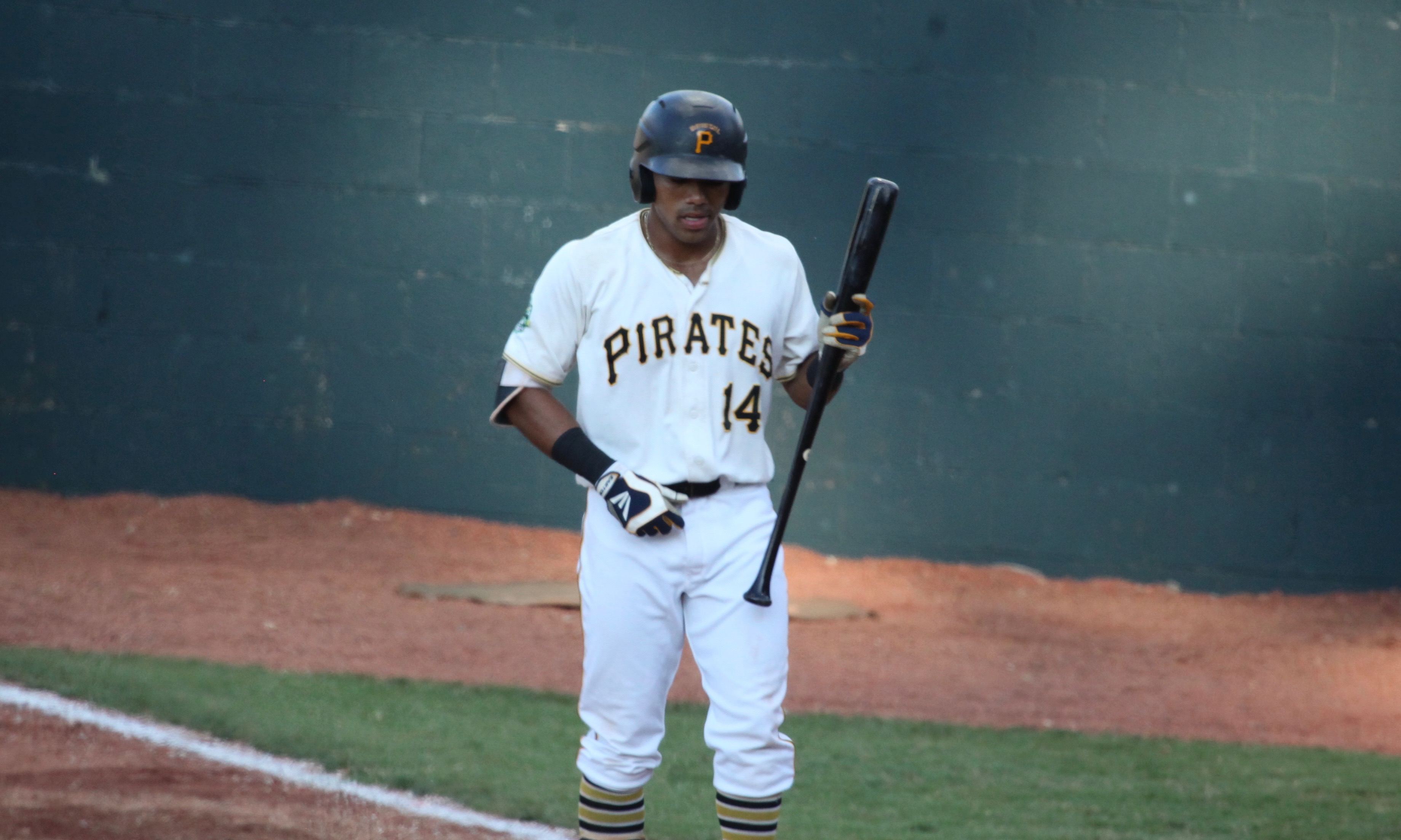 Yesterday in our Greensboro report, we took a look at the starting rotation for the Grasshoppers. It showed that there is a lot of potential in the group, with two of them already showing improvements this season. In our Greensboro Season Preview, we noted how much breakout potential this team has this season, but much of that was on the offensive side. The problem so far early this season is that the offense has been the worst in the 14-team South Atlantic League.

The Grasshoppers have been able to put up some runs despite a team .184/.274/.289 slash line through their first 15 games (through Thursday night’s game). Their OPS is 18 points lower than the next to last team in the league. Their average is the worst by 31 points, OBP is 18 points behind 13th place and they rank 13th in slugging, six points ahead of the worst team. It truly is a team effort too, as only Lolo Sanchez is hitting well.

Sanchez was one of the main breakout candidates on this club. It’s only been 15 games, so that’s too soon to declare anything, but on a team struggling to hit, he’s putting up a .333/.400/.542 slash line. His OPS is 188 points higher than the next best regular on the team. Rodolfo Castro has a .250/.279/.475 slash line, which got a nice push from his strong night on Thursday. He had a .556 OPS prior to Thursday, highlighting how early it is in the season and how much things can change in one game. After Castro, things really drop off.

Brett Kinneman had a great first series, then has struggled to make contact since then. He has a .579 OPS, while also batting in the cleanup spot most of the time. Mason Martin has a .553 OPS, Zack Kone is at .547 and Connor Kaiser is surprisingly at .491 through 12 games. He had experience at this level last year and came from a major college. Pat Dorrian is at .489 through 11 games, while Grant Koch and Fabricio Macias are both having an awful time early, sitting at .289 and .271 respectively.

I left out Jonah Davis from that list. He’s hitting .083/.241/.208 in seven games, with 14 strikeouts in 24 at-bats. The reason I’m not including him with that group is that he had an ankle injury at the end of Spring Training and missed two weeks, so he should be given some time to get his timing back. If he’s not hitting a week or so from now, then you have some concern.

The interesting part is that the team isn’t striking out a lot, at least compared to the rest of the league. They have the fourth most strikeouts, but some of the teams behind them have played 13-14 games and they are striking out at the same rate per game. Their walk rate is just about league average too. So we could see the team turn things around just by getting more hits to fall. They have some players who make hard contact, with power potential through much of the lineup. It’s definitely a club that deserves some patience, because they are not this bad. At least they lead the league in triples, so that’s something.

Today’s Starter and Notes: The Pittsburgh Pirates won 4-1 over the San Francisco Giants on Friday night. Jameson Taillon will make his fifth start of the season tonight. His last home start was 17 days ago against the St Louis Cardinals when he allowed one run over seven innings. The Giants will send out veteran lefty Derek Holland, who has a 4.09 ERA, a 1.27 WHIP, with 27 strikeouts in 22 innings. He gave up four runs over six innings at home against the Colorado Rockies in his last start.

The minor league schedule includes a doubleheader for Altoona after a rain out yesterday. Pedro Vasquez was supposed to start yesterday, so he should get one of the games. James Marvel was originally scheduled for today, but teams often don’t like to use two starters on the same day. They could use him this time however, because Altoona has Easter Sunday off, so they wouldn’t need a spot starter four days from now. Same rules apply for Greensboro today after a rain out last night. Nicholas Economos was scheduled to start on Friday, while Steven Jennings was due to start today. The Grasshoppers also have off on Sunday, so we could see both starters today.

Indianapolis will send out Rookie Davis for his third start. He gave up five earned runs over 3.1 innings in his debut, then rebounded with one run over five innings in his second game. Aaron Shortridge will make his fourth start for Bradenton. He has allowed just one earned run and walked one batter in 17 innings.

From Bradenton on Thursday night, here is a long home run from Chris Sharpe with some stats to back it.

And here it is…the walk off single by Lucas Tancas that won the game!!! pic.twitter.com/6mHkgKCm35

4/11: Gregory Polanco and Dovydas Neverauskas assigned to Indianapolis on rehab

Four former Pittsburgh Pirates players born on this date, plus one significant trade of note. On this date in 1985, the Pirates traded away long-time closer Kent Tekulve to the Philadelphia Phillies for reliever Al Holland and a minor league pitcher named Frankie Griffin, who never pitched above Double-A.  Tekulve still ranks second on the Pirates all-time list for games pitched (722) and saves (158), plus he added 70 victories, and he saved three games during the 1979 World Series. Holland only lasted until August before he was sent to the California Angels in a six-player deal.

Former players born on this date are: Outfielder Chris Duffy (2005-07),  third baseman Mike Mowrey (1914), outfielder Steamer Flanagan (1905) and outfielder Sam Nicholl (1888). As an 18-year-old in the Ohio State League, Nicholl batted .331 in 92 games. At the very end of the next season, he was with the Pirates/Alleghenys, seeing regular playing time as five of their 16 players were injured. Nicholl hit .045 that October, then had a job with the 1889 Alleghenys out of Spring Training. Unfortunately, he injured his hand and was released a week into the season when he still couldn’t grip the bat tight enough to swing.

On this date in 1901, the Pirates opened up the season with a 4-2 win at Cincinnati. This was the 20th season in franchise history and ended up as the first time they finished in first place. That was before the modern-day World Series started, so the 1901 Pirates were declared the champions that season. It was also the first year of a three-year run in which they took the National League crown each season.