Morning Report: A Look at How the Pirates Acquired Their 2019 Minor League Starters 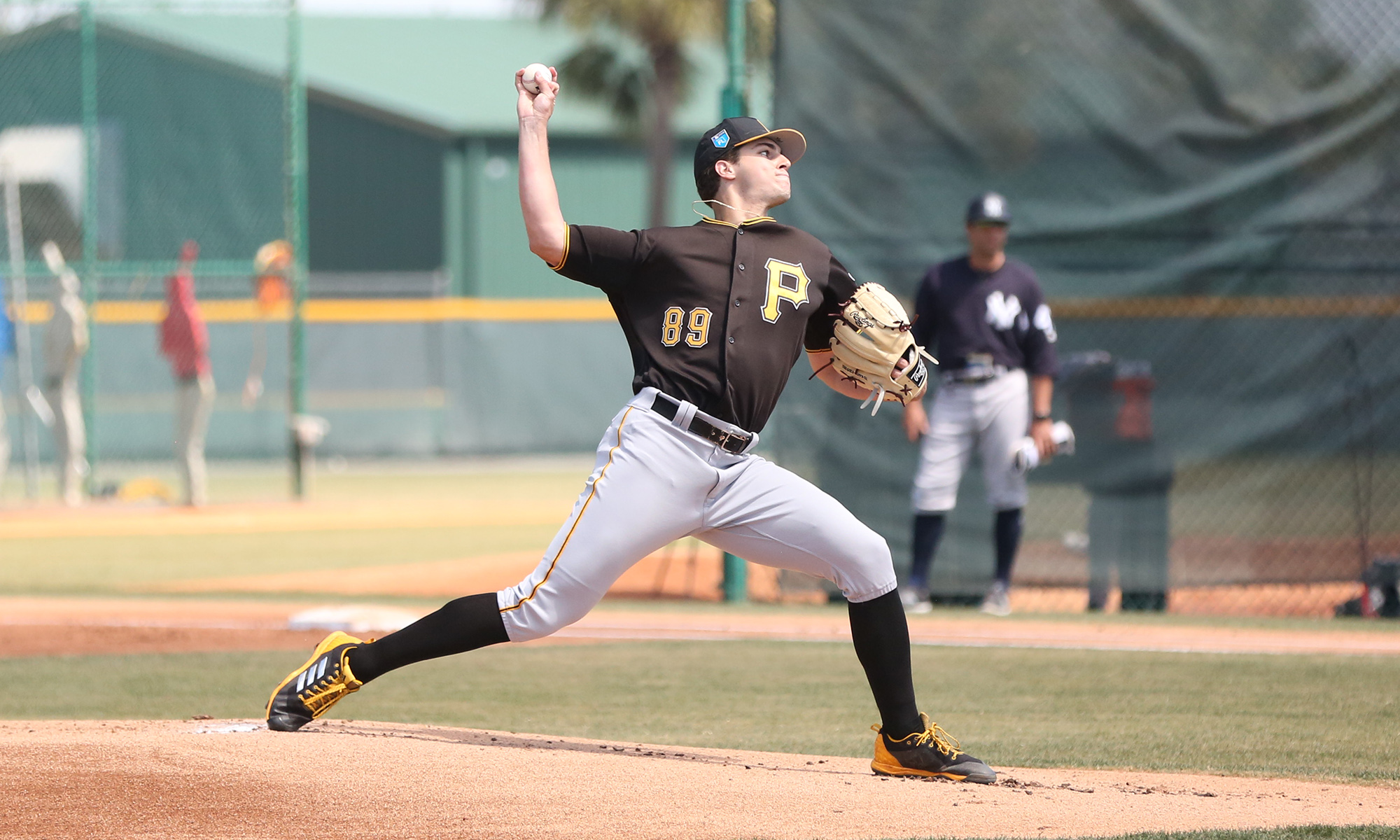 Each year at this time, I look at the starting rotations for the four full-season minor league teams and show how the Pittsburgh Pirates acquired those pitchers. It also gives a chance to look back on the previous year and see how many of those pitchers are still in the system and still in the starter role.

Before I start this list, I’ll note that I always include players who were named as starters on Opening Day, but might not make that start for whatever reason. Last year it was Clay Holmes, who was in the majors, plus Gage Hinsz and Pedro Vasquez, who were both (at the time) expected to join their teams as starters. The year before it was Nick Kingham, who suffered a late spring ankle injury. This year I’m including Hinsz, since he was expected to start for Altoona. I also include the replacements for these players. So the total number each year isn’t always 20 starters.

The 2017 list included 12 draft picks, four international signings, four traded players and one free agent signing. Of those 21 players, 15 are still in the system and nine are still starting pitchers.

The 2018 list included 15 draft picks, six international signings and two players who were acquired via trade. Of those 23 players, 19 are still in the system and 12 are still starting pitchers.

So now we get to the 2019 list. Here’s the full list of starters, team-by-team, with a note on how they were acquired by the Pirates.

The 2019 totals show 14 draft picks, five international signings, one free agent and one trade. It’s interesting to see three 11th round picks in the starting role. That’s the round where teams tend to spend a lot of their over-slot money leftover after signing their top ten round picks. The Pirates also have Michael Burrows, the 2018 11th round pick, who will be a starter this year for a short-season team (likely Bristol).

The percentage of international signings has remained fairly constant over the last three years despite some turnover in the group. What you like to see here is a low number in the free agent category and the Pirates are doing very well in that regard.

From Bradenton, the bunt-off win on Wednesday morning

Jesse Medrano ends the game in extra innings with a bunt making the Marauders 5-2 this season. pic.twitter.com/DIi2OmowRi

From Indianapolis, Bryan Reynolds with his second homer

There have been nine former Pittsburgh Pirates players born on this date, including Hall of Fame pitcher Vic Willis, who spent just four seasons with the Pirates, but he put up some big stats during that time. When the Pirates acquired Willis, he was known as a workhorse starter, though it was with the Boston Doves (Braves) and they weren’t a good team. In the three seasons prior to his acquisition by the Pirates, Willis had a combined 42-72 record. That was back when a starting pitcher usually finished what they started.

The four-player deal that brought him to the Pirates in December of 1905 turned everything around for Willis and was the key to getting him inducted to the Hall of Fame 90 years later. In his four seasons in Pittsburgh, he won at least 21 games each year and threw at least 289.2 innings each year. He had a 2.08 ERA in 1,209 innings with the Pirates and helped the team to the 1909 World Series.

Willis was sold to the Cardinals prior to the 1910 season and lasted just one more season in the Majors. He finished with 249 wins and 50 shutouts, which ranks 19th all-time. Willis completed 388 of his 471 starts. You can read much more on his career in the link above under his name.

One player of note from the “other eight players” born on this date. Reliever Jeff Wallace holds a Pirates’ record most people don’t know, possibly even Wallace for that matter. He holds the team record for most pitching appearances without a loss. Between 1997, and then 1999-2000, he pitched 90 times without ending up in the loss column. The next closest to him all-time is Joakim Soria with 29 games.

Another interesting one is Woodie Fryman, who won 141 games during his career. He spent the 1966-67 seasons with the Pirates, before they traded him to the Phillies for Hall of Fame pitcher Jim Bunning. Fryman won those 141 games, plus saved 58 others, despite the fact that he didn’t sign his first pro contract until he was 25 years old.

In other history, the Pirates opened the 1960 season in Milwaukee on April 12th that year. They lost 4-3 to the Braves after Roy Face gave up two runs in the eighth inning. Warren Spahn was the opposing starter and he homered off Pirates’ starter Bob Friend. Dick Stuart had three hits, while Roberto Clemente had two hits and drove in a run. You can view the boxscore here. It wasn’t the best start to the season, but things obviously turned out well in Pittsburgh in 1960.