When Will These Prospects Arrive in Pittsburgh? 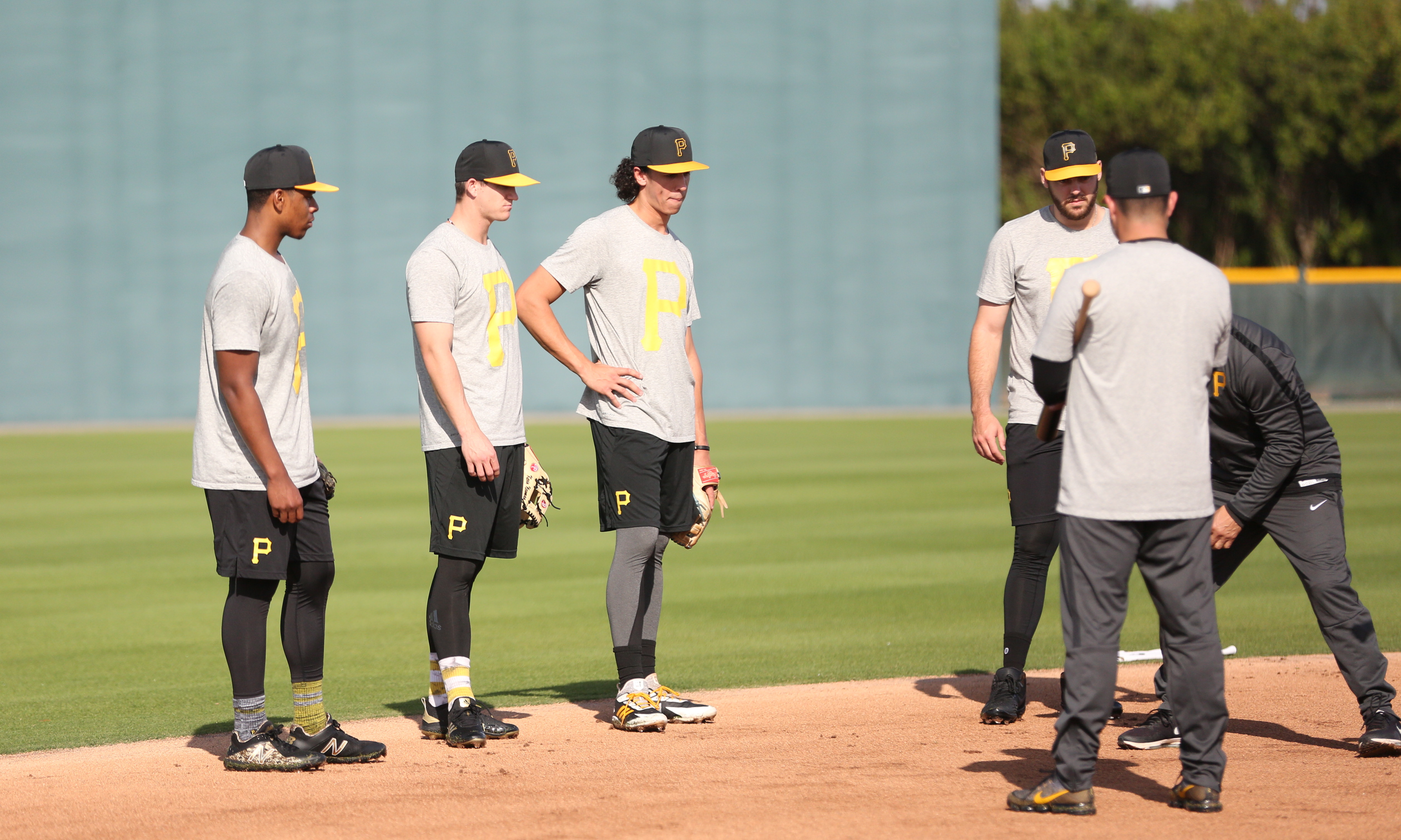 The Pirates had a lot of prospect eligible players in camp this year, including some potential impact guys who could be more than average starters, bench, or bullpen options in the future. With the exception of Kevin Newman, almost every top prospect was sent down to continue their work in the minors, which makes sense considering where each of them were in their development.

Some of those guys could arrive this year, while others will be working to arrive in the majors in 2020 and beyond. Let’s take a look at each guy in order to get an idea of when they could arrive, and what stands in their way.

Guys Who Could Make an Impact

Mitch Keller – Keller didn’t have a great performance in Spring Training, and struggled last year in his time in Triple-A. He’s got the stuff to be a top of the rotation starter, but still needs to adjust to upper level hitting. Part of that involves adjusting how he uses his off-speed stuff, reducing the fastball usage and using his curveball and changeup more often early in games. He could be up by the second half if his adjustments go well.

Ke’Bryan Hayes – Hayes did have a good Spring Training with the Pirates, but will still need time in Triple-A. He’s also behind Jung Ho Kang and Colin Moran, and would need both of those guys to struggle in order to get a shot. Hayes has the best defense of the three, and if he incorporates more power this year, he could look like an above-average starter in the future. As with any rookie, I wouldn’t count on that happening right away, which is why Hayes looks like Plan C behind Kang and Moran.

Kevin Kramer – Kramer didn’t have the best debut last September, but has the potential to be a starting second baseman in the majors. Adam Frazier will get the first shot in Pittsburgh this year, but Kramer could be a backup plan if Frazier doesn’t work out. To arrive in the majors, Kramer will need to just keep hitting in Triple-A, while figuring out how to better adjust to what he saw in the majors last year.

Cole Tucker – Tucker has been mostly strong tools and potential to this point, without a lot of results. His 18 at-bats in MLB Spring Training were an extremely small sample, but encouraging. If he can do more of that in Indianapolis, he could force his way onto the roster, especially if Erik Gonzalez and Kevin Newman aren’t working out.

Analysis: Brubaker could break into the majors this year either as a depth starter or as a relief option later in the season. For more on him, check out my article in Baseball America earlier this month. Martin and Reynolds will both need time in Triple-A, but could be starting outfielders in the future, and backup plans if Lonnie Chisenhall and Melky Cabrera don’t work out.

Analysis: All of these guys are middle relief options at best in 2019, although a few could have bigger upsides than that. Waddell, Slegers, and McRae could be used as depth starters if needed, while Hartlieb, Weiman, and Liranzo have the stuff to be better than middle relief and depth options.

Analysis: Craig has the best shot of arriving in 2019, but he’d need a lot to go wrong with Josh Bell and Colin Moran, plus things to go right with his own offense in Triple-A for that to happen. It’s more likely that we’ll be watching his performance this year with an eye on the first base situation for 2020 if he does well. Eduardo Vera could also get a shot this year as a depth starter or bullpen option, and I wouldn’t be surprised if he’s added to the roster later in the year to protect him from free agency, assuming he has good results in Indianapolis.

Agrazal has battled health issues and declining stuff the last two years, but if he gets back on track he could be a middle relief option.