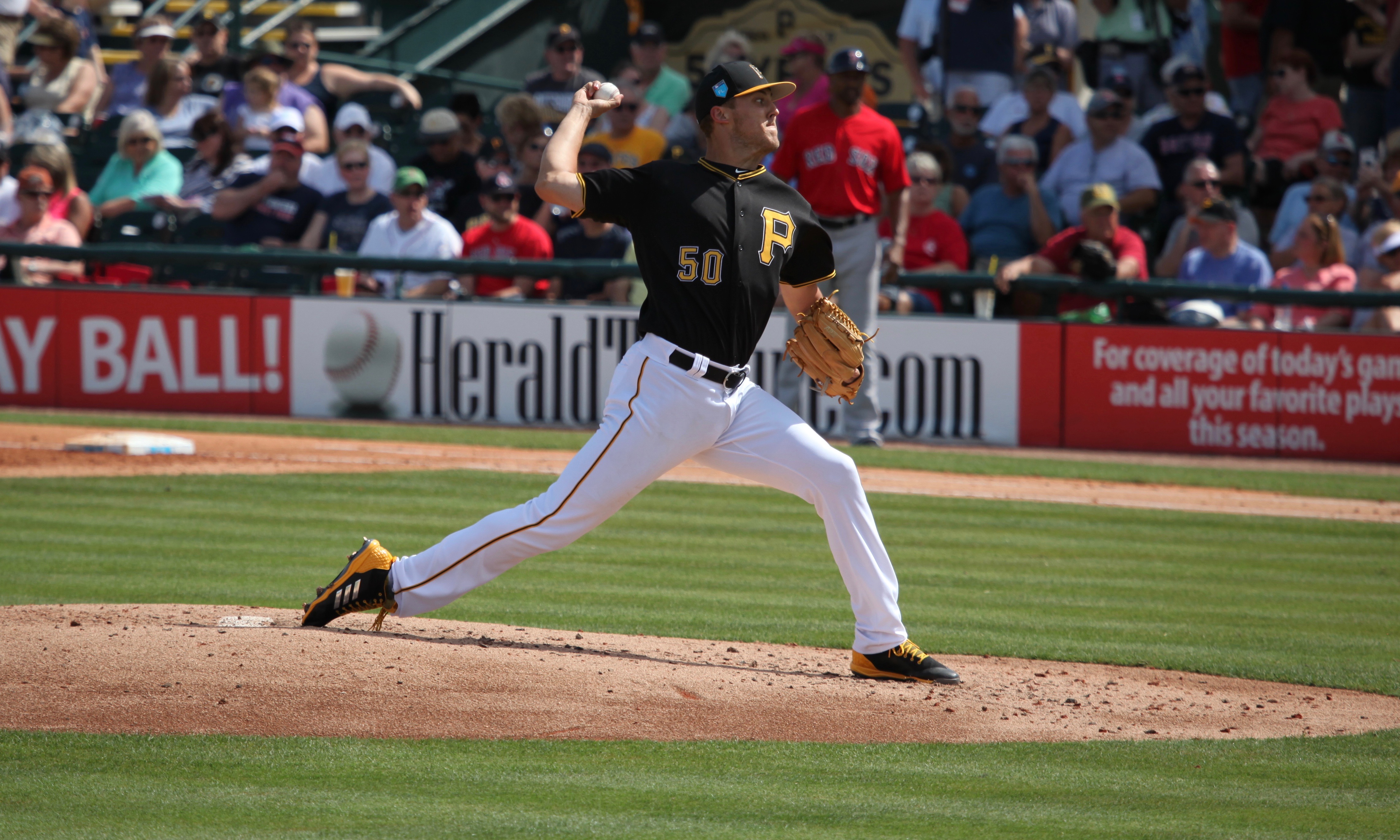 The Pittsburgh Pirates lost 3-2 to the Tampa Bay Rays on Friday afternoon in Port Charlotte. Brandon Waddell started, but only went one inning and got the loss after giving up the first run of the game. Francisco Liriano was out next and had some control issues, allowing one run on three hits and three walks in 1.2 innings. Liriano got some help from Geoff Hartlieb, who stranded the bases loaded in the third inning, before he pitched a scoreless fourth.

Brandon Maurer worked a scoreless fifth, then minor league Angel German allowed a run in the seventh, which turned out to be the winning run. Tate Scioneaux finished things off with two shutout frames.

The offense had eight hits and a walk, but couldn’t come up with enough big hits. Jung Ho Kang hit his second double and Pablo Reyes added his third double, while driving in his sixth run on a ninth inning single. Steven Baron drove in the other run on an RBI single in the seventh.

The Pirates will make a decision on Francisco Liriano today by noon. He has an opt out in his contract in case he doesn’t make the Opening Day roster. They could choose to add him, release him, or give him a retention bonus, although Liriano has indicated that he believes he can pitch in the majors and isn’t willing to accept a minor league assignment.

The Pirates wrap up the home portion of their Spring Training with a 1:05 PM game against the Philadelphia Phillies today. They will also have a split squad head to Fort Myers to take on the Boston Red Sox at 1:05 PM. The Phillies game will be shown live on AT&T SportsNet, while both games will be shown on tape delay on MLB Network.

Jordan Lyles will get the start, and he will be followed by Felipe Vazquez, Keone Kela, Kyle Crick and Richard Rodriguez.

Jameson Taillon will start, while Rookie Davis and Tyler Lyons will also see action. This is the final tuneup for Taillon before Opening Day.

The bench is much smaller for the road game. It includes Trayvon Robinson, Jerrick Suiter, Stephen Alemais, Christian Kelley, Grant Koch, Hunter Owen, and for the first time, Mitchell Tolman.

The extra bullpen pitchers today include Montana DuRapau and Ronny Agustin, as well as Jake Brentz, Mike Wallace and Beau Sulser. Those last three are joining the Pirates for the first time this spring.

The Pirates will be on the road in Sarasota tomorrow to take on the Baltimore Orioles. It’s the final game of the Grapefruit League schedule. On Monday, the Pirates will head to Houston for two games against the Astros, before heading to Cincinnati for the season opener. Trevor Williams, Nick Kingham and Steven Brault are all scheduled to pitch.