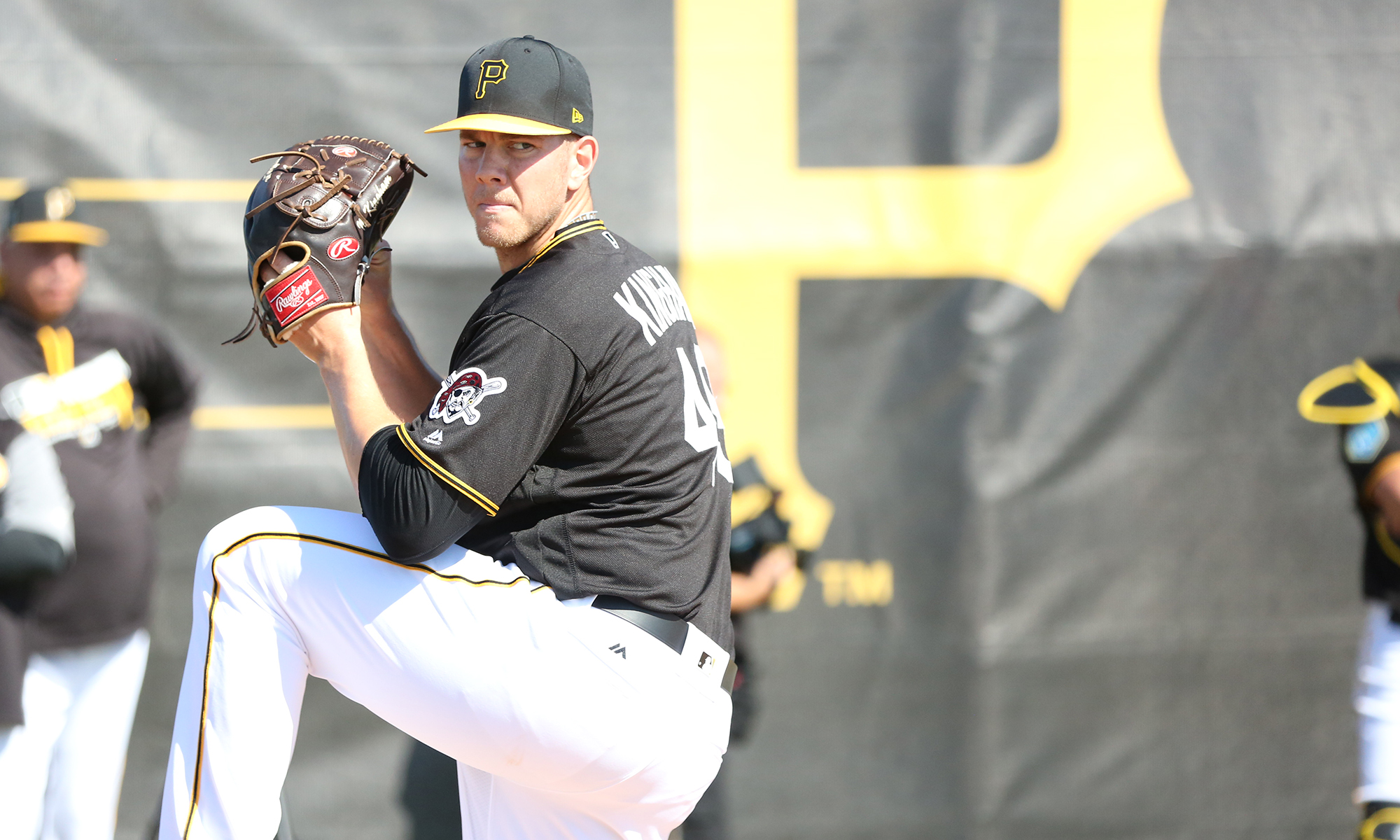 The Pittsburgh Pirates won 8-1 over the Boston Red Sox on Sunday in Bradenton. Jameson Taillon got the start and put together a fantastic outing, allowing one unearned run over five innings, on four hits, with no walks and six strikeouts. He threw 73 pitches. Taillon has one more spring start before his Opening Day assignment in Cincinnati on March 28th.

Francisco Liriano followed Taillon and tossed a shutout inning. He was followed by Nick Burdi, who had a strong two innings, retiring all six batters he faced. He now has a 2.14 ERA this spring. Brandon Maurer finished things off with a scoreless ninth.

The big hit on offense was a three-run homer from Starling Marte, his third home run of the spring. Corey Dickerson also added a solo shot. Lonnie Chisenhall had a double, walk and two runs scored. Adam Frazier had two walks and a run scored, then he was replaced by Kevin Kramer, who added an RBI single. Erik Gonzalez hit his first double of the spring. He also had a walk, RBI and a run scored.

The Pirates are on the road against the Tampa Bay Rays today at 1:05 PM. There’s a chance of rain, so this might not get played. Nick Kingham is the scheduled starter. The Rays have Austin Meadows batting lead-off and Charlie Morton as the starting pitcher. Here’s the lineup for today:

Kingham will be followed by Richard Rodriguez, Kyle Crick and Tyler Lyons.

Jordan Lyles was scheduled for four simulated innings at Pirate City today against some Major League regulars. He left his last game due to right side cramping, but it ended up just pushing him back one day. We will post a report from this outing if it comes in.

The Pirates are home to take on the Detroit Tigers on Tuesday afternoon. The game will be shown live on AT&T SportsNet and MLB Network.