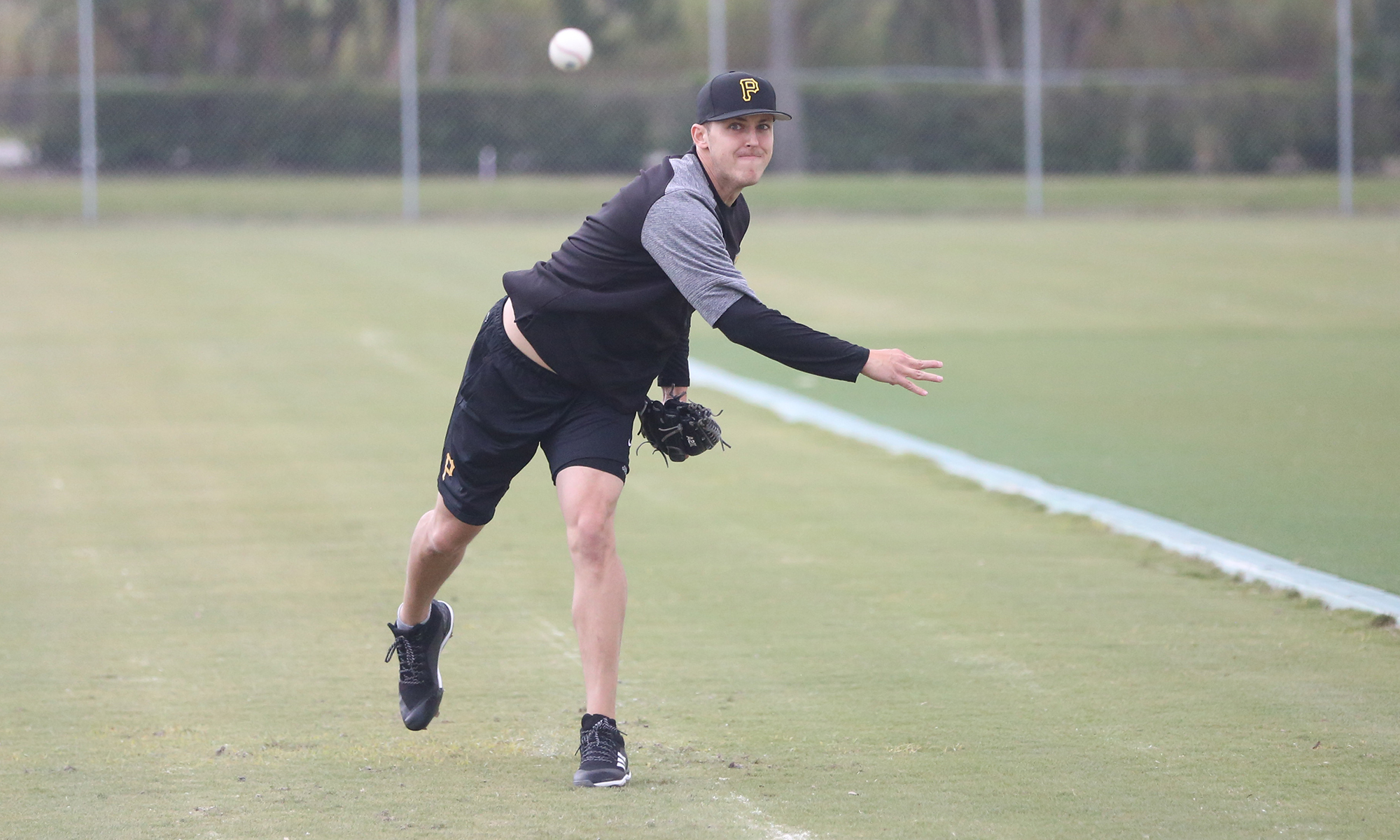 The Pittsburgh Pirates played a doubleheader on Friday, dropping a 7-3 decision to the Philadelphia Phillies in Clearwater, while over in Dunedin against the Toronto Blue Jays, they finished in a 1-1 tie.

In the game against the Phillies, Nick Kingham started and allowed five runs in three innings of work. It was his second start of the spring, following up two shutout innings in his debut. Tyler Lyons allowed a run in his one inning, while JT Brubaker also gave up a run during his two innings of work. Dario Agrazal finished the game off with two scoreless frames.

The scoring for the Pirates came on home runs. Jacob Stallings blasted a two-run shot in the fifth, then Jerrick Suiter capped off the scoring with a solo shot in the ninth. Ke’Bryan Hayes and Lolo Sanchez each came off the bench and hit doubles. Ji-Hwan Bae played his first game and struck out in his only at-bat.

In Dunedin, Rookie Davis got the start and threw two scoreless innings while picking up three strikeouts. A total of six pitchers followed him, including Jesus Liranzo, who allowed two hits and two walks over his 1.2 innings. Eduardo Vera allowed the only run on a solo homer during his second inning of work. The Pirates got their only run on an error after Patrick Kivlehan doubled.

The lineup got very interesting for prospect fans late in the game. Travis Swaggerty, Calvin Mitchell, Oneil Cruz, Mason Martin and Rodolfo Castro all were late replacements. It was the first spring game for Swaggerty, the first round pick last year. He had a strikeout and a walk. Martin singled and struck out. Cruz replaced Cole Tucker at shortstop and committed an error, while also stranding the bases loaded in his only at-bat.

The Pirates are home to take on the New York Yankees this afternoon. Jordan Lyles will be on the mound, followed by 3-4 parts of the Opening Day bullpen. Felipe Vazquez, Keona Kela, Richard Rodriguez, Francisco Liriano and Dovydas Neverauskas will all see action. Here’s today’s lineup:

The Pirates announced today that Alfredo Reyes received an invite to the big league camp. He has been with the team every day anyway, so nothing really changes, but it’s a nice honor for him.

At 11am today, Jameson Taillon and Trevor Williams will be over at Pirate City throwing three simulated innings each. They will be facing Francisco Cervelli, Colin Moran and Adam Frazier.

Mitch Keller will make his second start of the spring on Sunday. He will face the Tampa Bay Rays in Bradenton. Keller allowed two runs over one inning in his debut earlier this week. He will be followed on the mound by Clay Holmes, Luis Escobar, Nick Burdi, Kyle Crick, Aaron Slegers and Geoff Hartlieb.