Pirates Notes: Back Home to Face the Blue Jays Today 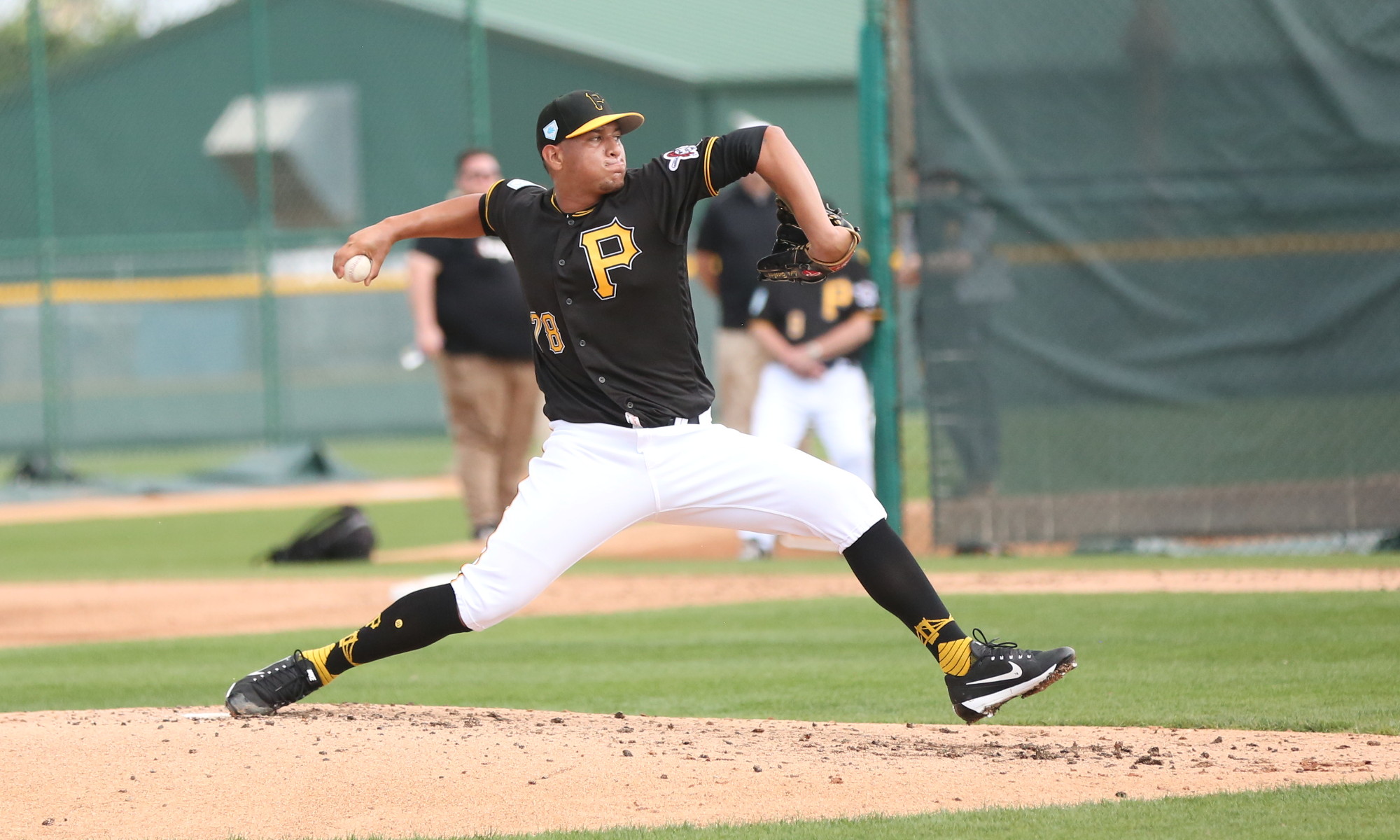 The Pittsburgh Pirates dropped their first Spring Training game on Tuesday, losing 6-5 to the Minnesota Twins in Fort Myers. Mitch Keller allowed two runs on three hits in his only inning. Brandon Maurer allowed four runs in the fifth inning, though just one was earned. JT Brubaker tossed two shutout innings in his spring debut.

Patrick Kivlehan homered. Kevin Kramer and Bryan Reynolds each doubled. Jason Martin had two hits and a stolen base. Steven Baron did this…

The Pirates return home to Bradenton for a 1 PM game against the Toronto Blue Jays today. The game will be broadcast as a webcast on Pirates.com and Doc Emrick will be in the booth helping call the game. Here’s the starting lineup:

Clay Holmes will be on the mound getting the start. He will be followed by Francisco Liriano (second appearance), Luis Escobar (pictured above), Kyle Crick, Nick Burdi, Aaron Slegers and Dovydas Neverauskas.

Here’s an update on Elias Diaz,  who sounds worse than they let on during their last update a week ago. This could delay the decision on what to do with Jacob Stallings, who has no remaining options.

Catcher Elias Diaz is still out of Pirates camp and shut down due to an "undisclosed" virus, according to director of sports medicine Todd Tomczyk. They are treating the injury "week to week," Tomczyk said.

Certainly possible that Diaz could begin the season on the injured list.

The Pirates travel to Tampa tomorrow, where old friend JA Happ will be the starting pitcher for the opposition. The Pirates have tabbed Steven Brault to start. He will be followed by Brandon Waddell, Elvis Escobar, Geoff Hartlieb and Alex McRae.