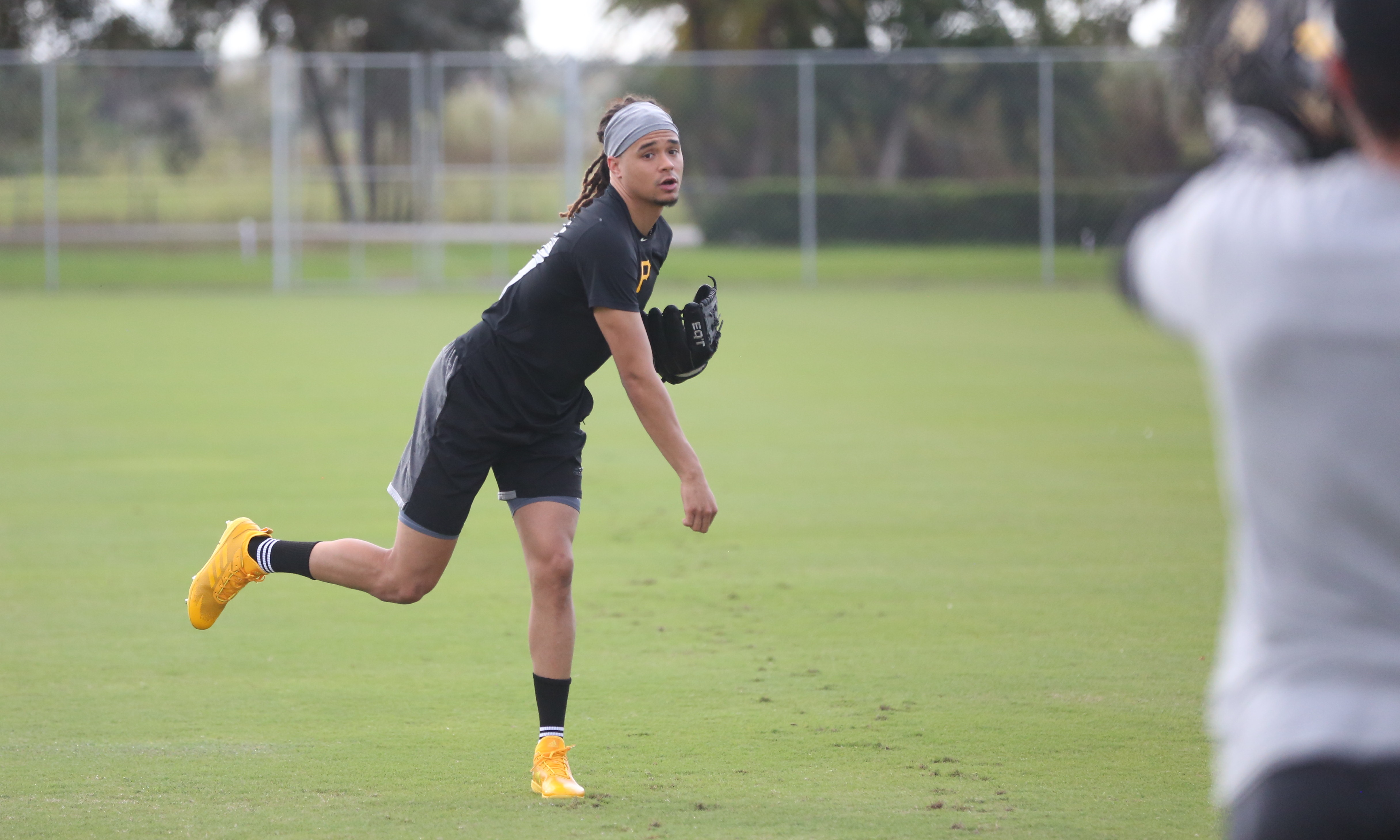 Before getting to the actual individual projections, Szymborski noted a flaw with the Pirates right now, mostly due to the lack of star power on the team. He pointed out that this is a team that can win 77-85 games, meaning they’re never going to be as bad as they were up until 2010, but probably won’t be big contenders.

On the offensive side, Szymborski said that the Pirates might have the smallest gap between their starting lineup and the Plan B options, noting that Jung Ho Kang and Kevin Kramer are both projected well enough that the Pirates “wouldn’t miss a beat” if they had to turn to those guys. I’m not sure if this is a good thing that they have depth, or a bad thing that they don’t have any infielders who are difficult to replace.

I’ll get into the individual player projections more tomorrow, but here are the ones that stood out to me:

**Starling Marte is the only position player projected for more than 3 WAR, with Corey Dickerson in second with a 2.8 WAR.

**Jung Ho Kang ranks fifth for position players at 1.9 WAR. Colin Moran is at 1.7, so the projections don’t make Kang a slam dunk pick to start at third. Ke’Bryan Hayes is projected for 1.8, and while I don’t like to put a lot of stock into rookie projections, it’s interesting that his projection is largely fueled by his defense, which makes sense when you consider his profile. If the offense continues from last year, and he carries that over to the majors, I think we could easily see him meet these projections, and maybe exceed them.

**Kevin Newman is projected for a 1.5 WAR, while Erik Gonzalez has an 0.4 WAR. Meanwhile, Kevin Kramer has a 1.3 WAR. I don’t put much stock in comps, but it was amusing to see Newman getting a Freddy Sanchez comp, Kramer getting a Ty Wigginton comp, and Gonzalez getting a Pat Meares comp. Adam Frazier joined the club with a Joe Randa comp.

**Lonnie Chisenhall is projected for an 0.9 WAR. Gregory Polanco is third on the team at 2.5. I don’t think we need to see this to know that the Pirates need Polanco back ASAP.

**The pitching side has Jameson Taillon (3.1) and Chris Archer (3.0) with a WAR at 3.0 or greater. Trevor Williams (1.8) and Joe Musgrove (1.7) are the other returning starters, getting decent projections.

**Jordan Lyles is getting an 0.2 WAR projection. That comes with reduced innings, although even doubling his projection isn’t encouraging. Nick Kingham is at the same projection, while Clay Holmes and Steven Brault are at 0.5 WAR. Mitch Keller is projected for 0.7 WAR.