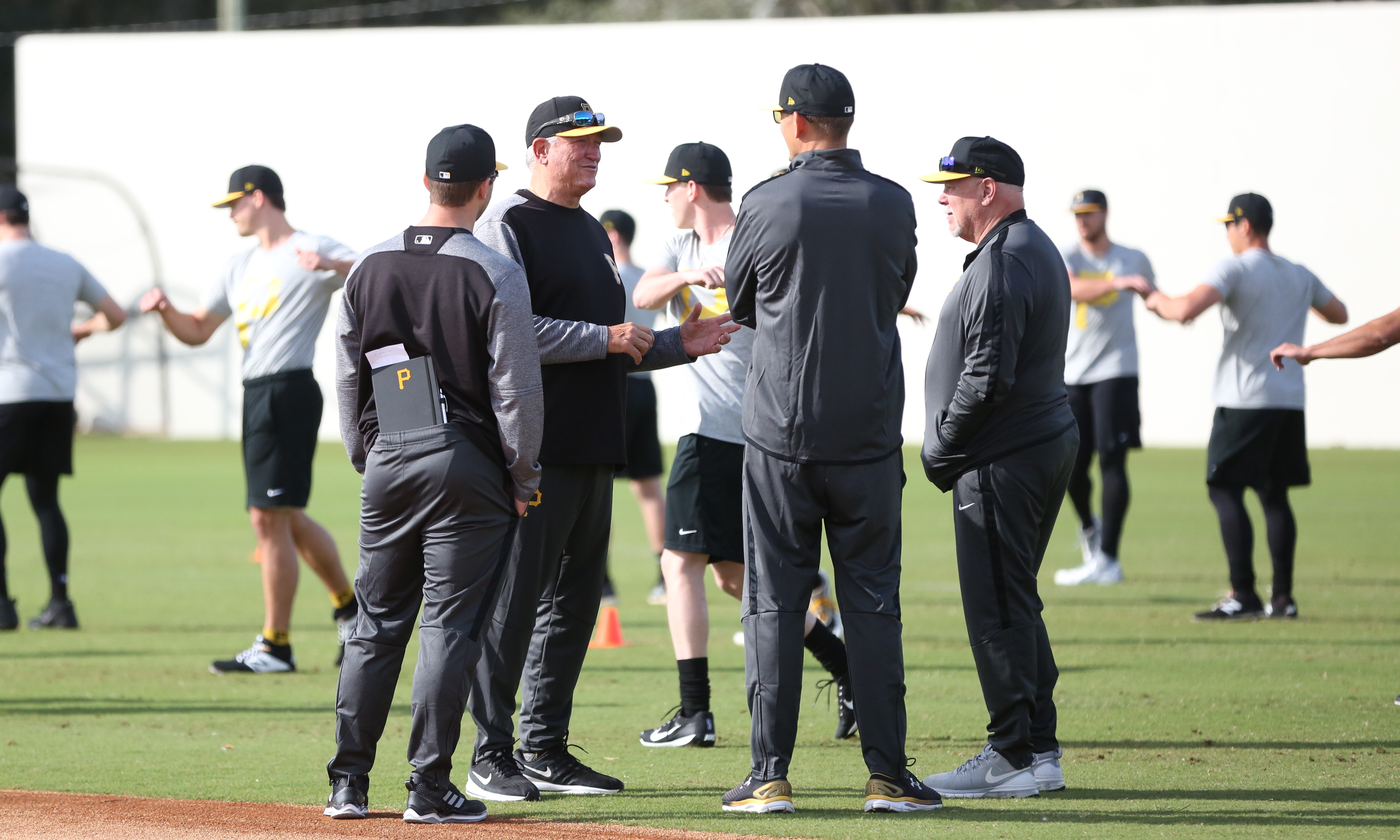 The Pittsburgh Pirates are holding their annual winter mini-camp at Pirate City this week. Thursday is day four of the camp, which wraps up today. Over the last three days, we have been posting news, videos and photos. You can find links to all three days below. Today we have some photos from the first three days of mini-camp.

We start the photos with two pictures of four infield prospects. Cole Tucker, Ke’Bryan Hayes, Kevin Newman and Will Craig. Here’s Will Craig at first base. As you can see, he is in great shape going into 2019. Here’s the hardest thrower in the system. Jesus Liranzo, who was hitting 101 MPH this winter in the Dominican. Ray Searage looks on. Here’s Alex McRae (on left) and Brandon Waddell, who both may be battling for a rotation spot with Indianapolis in 2019 Here’s Geoff Hartlieb, who is just a tick slower than Jesus Liranzo for the fastest gunslinger for the Pirates. Hartlieb (with glove) is with Eduardo Vera UPDATE: More photos from mini-camp have just been uploaded to our Facebook page. Check them out here.