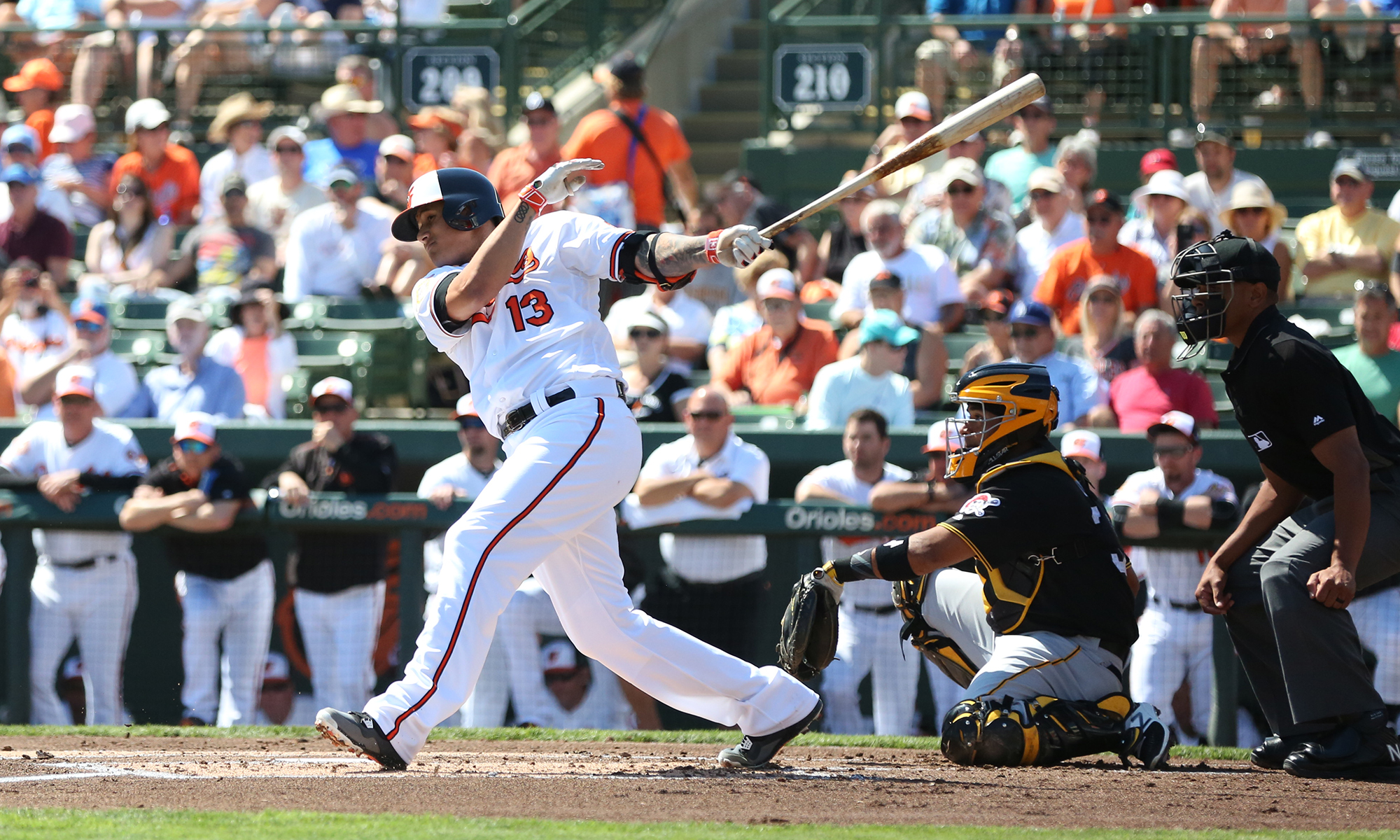 The response to the Q&A idea was good, with a lot of questions spanning multiple topics. In trying to figure out how to best present the answers, I figured the best approach was to group the questions by topic, and present them over multiple articles. I’m taking the multiple article approach because this first one went up to nearly 2000 words with just two article topics on the offseason.

There were still some good questions about other subjects, and rather than bury them deep in this article, I’ll save it for the next one. This feature might eventually be called “Weekend Q&A”.

I like this format because, unlike the live chat format, it gives me more time to think about the responses. It also gives me time to group them together so that I can get the responses to the same topic all together, and try to give the full scope of my opinion on a subject.

With that said, here are the answers to the offseason questions, with more Q&A articles coming this weekend.

The “We’ve Still Got Another Month, But…” Questions

jpulver8: If their offseason was over and they made no more “impactful moves”. Would this offseason be viewed by fans as a bigger disappointment than the offseason going into 2016?

Tim: I hope not. I’ve been sick of hearing about the 2016 offseason for a few years now, and I don’t want to hear about this one into 2022 and beyond. And as my Twitter profile states, I’m saying this as someone who also didn’t like the 2016 offseason.

SmokinJoe: I guess my question is How in the world(censored) can the Pirates justify coming into the 2019 season with a 75 mil payroll and expect to compete for anything other than a .500 record…is that there goal???

Tim: As indicated by my articles and tweets this offseason, they should be able to spend more than that, and should be willing to take a loss in a given year or years while their window is open (which is now, in case you were wondering). But this also seems to be a problem all around baseball, with teams being very stingy in the face of record revenues for MLB. That doesn’t excuse it for the Pirates. Just means that something bigger is at play here.

Darkstone42: Do you think there’s substance to David Todd’s tweet that the Pirates intend on an opening day payroll around $75 million? If so, why would they want to cut so much right after trading for Archer and Kela, with options available at obvious positions of weakness on the market, and the core of a winning team returning?

Tim: I’ve heard the same rumor, but not to the extent that I’d publish it as their plan. It could be right, but I’m not comfortable saying that they absolutely will open with a $75 M payroll based on what I’ve heard. Now if I hear it from a few different places, that opinion could change.

Paul Krzywicki: What is the logical explanation for the Pirates basically sitting pat this offseason? No, I do not buy the argument they got a headstart on the offseason with the Archer and Kela trades. There are holes on this team and they are reluctant to fill them – LHP and SS.

On the flip side of that, the point for MLB teams isn’t to only find value moves, but to put the best team on the field that has a chance to win. This can include value moves, but that can’t be the entire plan, especially with such a low payroll and very few needs that should be upgraded. I’ll wait until March to give any opinions, since this is going to be another slow offseason, but I will say that the Pirates shouldn’t be done as the roster stands today.

ironmike56: With Nova, Freese, Mercer and Harrison(all proven MLB veterans) gone, do you believe the Pirates are a weaker ball club as of today? With Nova replaced by a guy who was released, and the infielders replaced by prospects with questions surrounding their ability to produce, why would the Pirates not try to improve the club at shortstop at least given that the rotation and trades for Archer and Kela are evidence that we are not in total rebuild mode?

Tim: You can make the argument that the Pirates are the same, and maybe even better if certain things work out. None of the players mentioned had a lot of value, and all were replaced by guys who could replicate their value. Adam Frazier could be more valuable in 2019 than Harrison in 2018. They’ve got Jung Ho Kang to replace Freese on the bench. I think the Jordan Lyles addition could be a nice sleeper addition.

The one exception here is that I think they need to find a shortstop upgrade, since I think that Kevin Newman and Erik Gonzalez will be a downgrade over Jordy Mercer. They’d be nice Plan B/C options, but shouldn’t be Plan A.

This brings me to the next section of questions…

The “What Moves Are Left” Questions

rickmontgomery: The starting lineup has the smell of being set. Same with the rotation. If the Pirates made one more significant addition, either by trade or FA signing, who would you think would most help the team and might be realistically acquired?

Tim: I think upgrading the shortstop position would be the best way to go, not just for the lineup, but for the entire team. I could also see the Pirates adding an upgrade since they don’t seem to be totally set with Kevin Newman.

That’s how the Pirates handle guys who they’re going to give starter jobs. They put them in the spot where they will start, and they don’t move them unless that spot is already filled in the majors. I feel if the Pirates were set on Newman as their shortstop, they would be working him there at every opportunity. The current usage makes it seem they’re setting him up for a utility infielder role to break into the majors, which I think would be the right call.

rutkap: I am very concerned with the SS position going into next year. Looking at the FA landscape, there are 2 names that intrigue me: Marwin Gonzalez and Jose Iglesias. What are your thoughts on those two players, would they be a good fit for the pirates, and how many years/dollars will it take to sign one of these guys?

Tim: I don’t want to cop-out of this answer, but I have no clue about the contracts. I also don’t want to focus on these two specifically, because my opinion is that the Pirates will get replacement level value from their current shortstop options, and there are a lot of shortstops out there who could help upgrade that position for the team.

TuuSAmo: Have you heard the rumors about the Pirates being the mystery team in the Manny Machado sweepstakes (as spread by Joshua Ruga and and Ryan Miller) and if so what do you think of them?

Tim: No. I think if those were true, then it wouldn’t be a mystery team.

jpulver8: Who do you believe is the best available/fit FA that the Pirates could realistically sign?

I know you said “realistically”, but count me as someone who feels the Pirates could realistically sign Machado for $30 M a year, spend a little over $100 M, and probably not break the budget.

I don’t have their budget info, so I don’t know if this would lead to the team taking a loss. But I’m also a believer that teams should spend bigger when they’re contending, and cut salary when they’re not. The Pirates are in position to contend now, and have a clear window that is closing after 2022/2023. They need to spend now, and they can make up for any losses in the future.

As for the “realistic” part about Machado actually wanting to sign with the Pirates, that could be more difficult, but you put yourself in a strong position by offering a fair contract.

Thom: The reported 7/175M for Machado may have been false. But if it’s accurate, shouldn’t the Pirates try to get in on that?

Tim: Yes, even if it’s higher. They really have very few needs on this team, and adding Machado would fill their biggest need and have them set for the 2019 season and beyond.

AttyMike: Surely the Pirates aren’t done adding outfielders this off season. Chances that they add someone else to challenge or as safety net for Chisum?

Tim: I think they’ll add an outfielder, even if it’s an NRI/minor league free agent. If Gregory Polanco’s status is looking as good as Polanco said it was, then they might not need to have more urgency than a minor addition.

Tim: I wouldn’t speculate that this is their plan. However, it would be a great idea to try to extend Taillon, since I think he’s on the verge of being a top of the rotation starter with his new approach.

I don’t think they are done, but I have no prediction on the payroll.

Scott Kliesen: Last winter Felipe Vazquez was given an extension. This winter the most likely Pirate(s) to be extended is?

On a side note, Pirates seem to be batting about 50% on player extensions working out favorably for team. Given the current environment in FA, should the Pirates continue to offer extensions?

Tim: I don’t know about most likely, but to follow up on the last question, Jameson Taillon should be their top priority. I also don’t think it would be a bad idea to gamble a bit and give Elias Diaz an offer to lock down their starting catcher for several years. Right now he has four years of control remaining, and if they don’t trade Cervelli, he won’t be a starter for one of those years.

I don’t see the Pirates having any catching prospects emerging as better than Diaz in the next four years, and maybe even a few years after that. Extending him would make sense.

As for whether they should continue to offer extensions, my simple answer is yes.