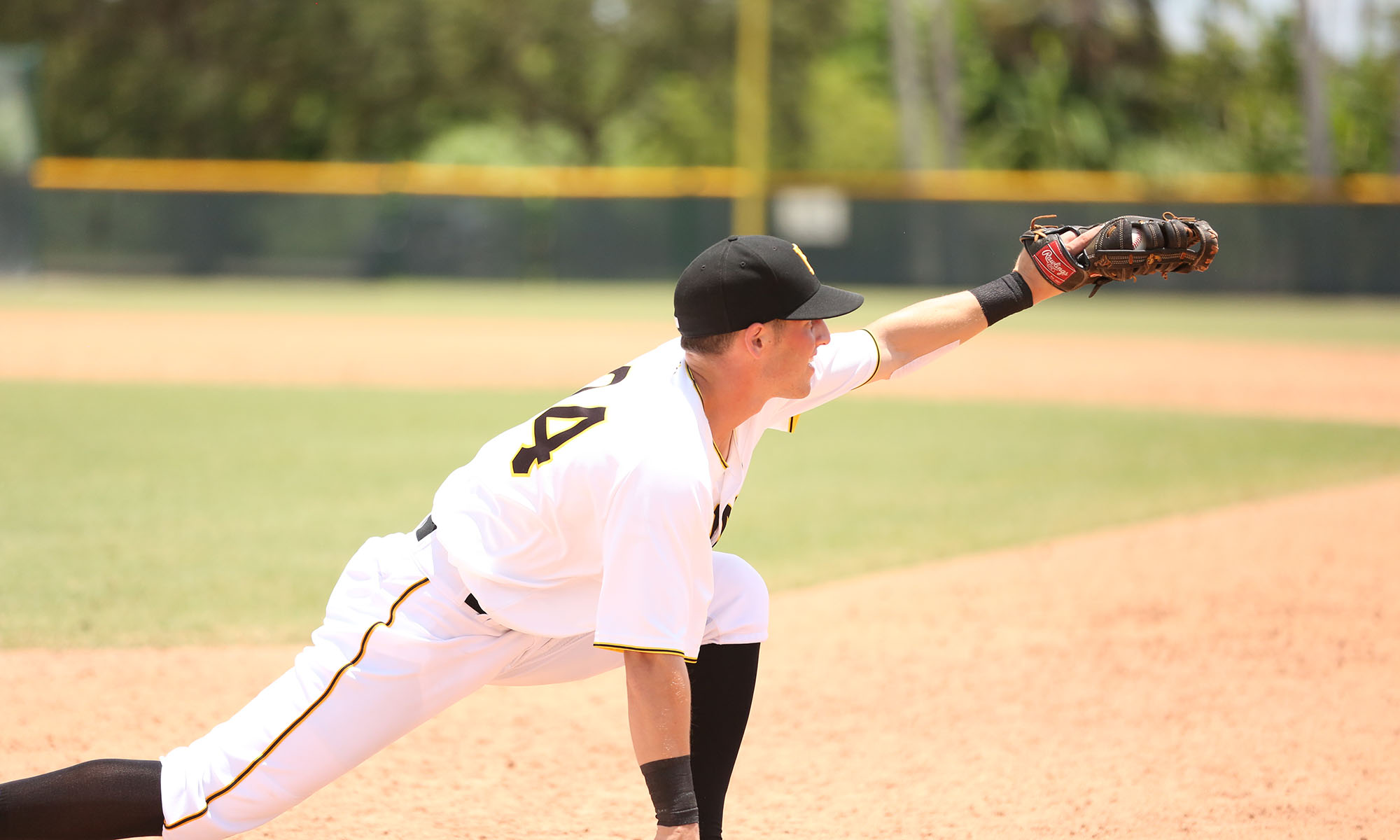 We asked readers to submit questions on Thursday and we got a great response, so the answers were broken up into a few articles. Tim Williams answered questions on various subjects on Friday afternoon. Today I’m taking three questions that I’m going to expand on, which are all semi-related because they deal with younger players.

joe s: The draft seems to put tremendous pressure on High school seniors and college juniors to perform at one’s peak level. If the player does not perform up to expectations, then what do the scouts rely on to determine the players worth? If the pressure of the draft gets to the player, what will the player do when or if they ever reach the majors, where the pressure to perform would seem to be at its greatest?

This subject was touched upon in our feature article on Kyle Mottice (pictured above). He had a rough junior season and he admitted that he was pressing all season due to the pressure of the draft. He didn’t get drafted, but took a lot from the experience and the pressure to perform obviously didn’t carry over, as he posted the highest OBP in the GCL over the last 18 years.

Scouts are there looking for tools and in most cases, results are secondary. You would like to see both, but tools will win out over results every time.

If you find a high school kid who is 6’4″ and throws 95 MPH, you pretty much don’t care if the ball ends up at the backstop every throw, that’s what pro coaches are paid to fix. Maturity comes with age and teams also have a staff of coaches who specifically work on the mental aspects of the game. Scouts also get to know the potential draft picks personally, so part of their job is reading the confidence level and maturity of the players.

So if you find someone with the tools to be a legit prospect, then the pressure to perform at a young age probably won’t factor in their decision, other than choosing to go with a similar player who has results to match the skills. It won’t keep a team from picking the player though, they might just wait longer, factoring in risk.

IC Bob: We appear to still have a significant amount of international bonus money right now. Is there any big time international potential signees we are tied to at this point or will get to be surprised by who we sign or don’t sign?

This question was touched upon in the article about the remaining international bonus pool. The Pirates have $613,500 left in their international bonus pool, with most of that ($500,000) coming over in the Ivan Nova trade. They have already spent nearly $5.4 M since July 2nd. There aren’t any big name prospects still available, but they could still make 1-2 big signings.

Players in Mexico still aren’t allowed to sign. Last June, MLB put a temporary halt to signings out of the country due to the multiple reasons, including the discovery that Rene Gayo received a bribe to sign Luis Heredia for a larger bonus amount. Details are being worked out to let players from Mexico keep a bigger portion of their bonus. Most received just 25%, while their team in Mexico received the rest. Once that is all worked out, then every eligible player in the country is back on the market. It’s possible that it happens before the signing deadline in June, so having money available could help the Pirates.

The other way they sign a good player is just by making a bigger offer before the deadline to one of the remaining unsigned players (there are thousands of players who fall in this group). Not every 16-year-old signs on July 2nd because some believe that they are worth more than they are being offered. They may have made a lot of progress since July. The top prospects lists for international players are put together months in advance of the start of the signing period back in July. Those players listed are 16 years old in most cases.

If you’ve ever followed the MLB draft, you know that a lot can change on the high school side between April and June of the year players get drafted. Now picture how much could change on the international side between the time that the prospect lists are put together and the time the signing deadline ends. If an 18/19-year-old kid can make huge progress in two months, imagine what 16/17-year-old can do over 14 months.

By the time the 2018-19 international signing period ends, there could be some players available who would be considered top 50 prospects for the signing period. If you make a big offer to 1-2 of those players, then you can finish strong on the international side. It’s important to remember that international bonus pool space doesn’t rollover, so there is no reason not to spend up to your maximum allowance. You don’t get extra space next signing period.

Stonecipher: Do you have any idea which prospects from the DSL will make the jump to the states?

I’m going to answer this here, but also mention that our 2019 Prospect Guide will have a much more detailed answer. Our Prospect Guide has a section titled “Who Will Jump to the U.S. in 20xx?”. The list that we post each year is based on who is invited to the U.S. to attend the Fall Instructional League. That’s because those players are the same ones that make the jump the following spring approximately 90% of the time. Some years have been exactly the same groups in fall/spring, while other years have had 1-2 additions or subtractions.

The Pirates did something different this past fall. The players coming over from the Dominican didn’t get to play in exhibition games. They instead participated in the rookie camp, which consisted of off-field workouts and team-building exercises. Some of the top prospects from the 2018 DSL Pirates (both affiliates) didn’t come over in that group, yet they will likely make the jump to the U.S. anyway.

I know of only four DSL  players who actually played in games during the Fall Instructional League in the U.S. (there’s also one in the Dominican that goes from October to December). Those players were Juan Pie, Angel Basabe, Emilson Rosado and Norkis Marcos. On our top prospects list from the DSL, those players ranked #1, 2, 7 and 8, respectively. So if you’re looking for the top prospects coming over, it would be those four players, as well as everyone on that top ten list, with the exception of Denny Roman (#6) because he was already in the U.S. last year, jumping to Bristol to finish the season.