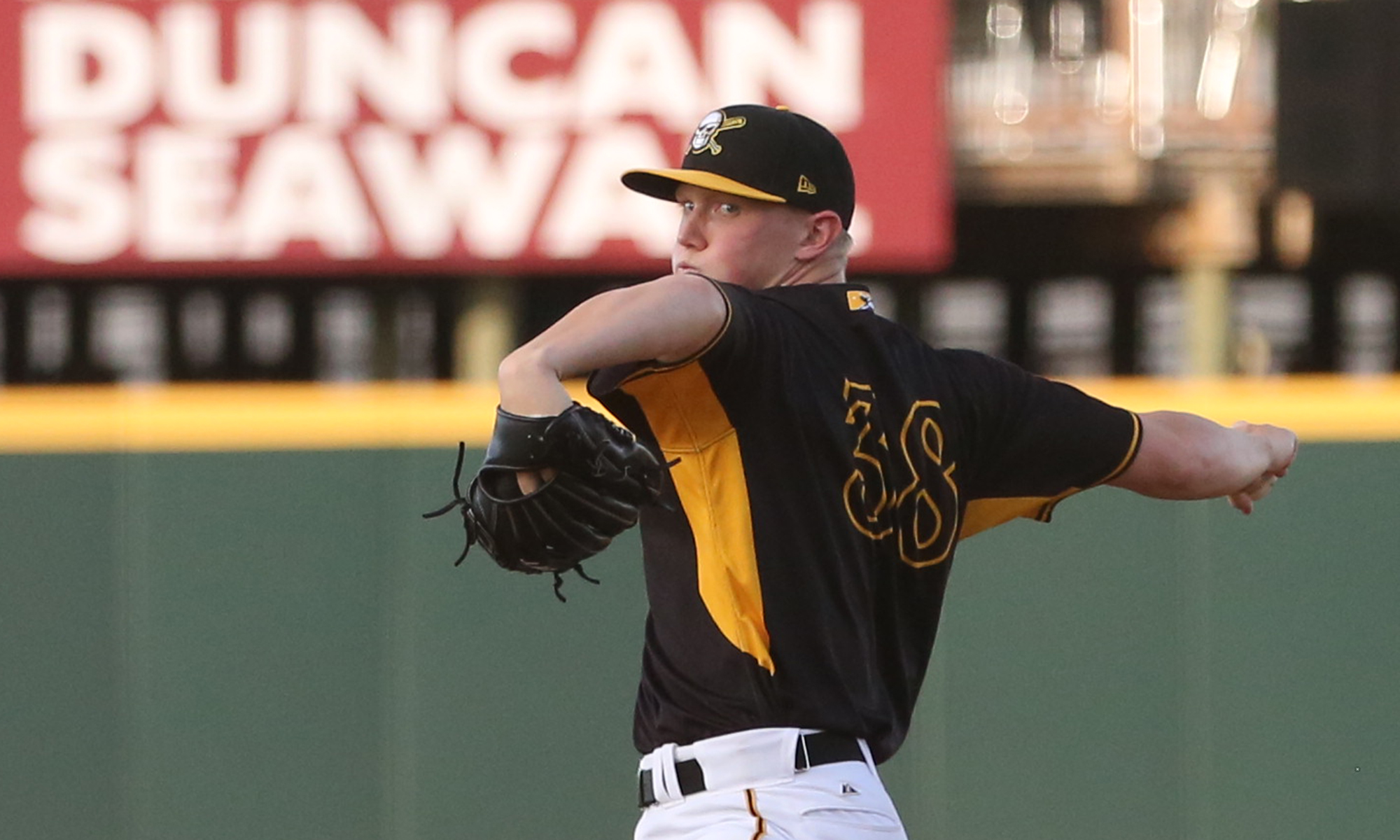 MLB Pipeline has started their rankings of the top ten prospects at each position. These lists, which will come out one per day over the next two weeks, will lead into their top 100 prospects list, which will be released live on MLB Network on January 26th. They started their lists today with right-handed pitchers and Mitch Keller is ranked fourth overall. He’s first among all National League pitchers on the list and just one other NL Central pitcher made this list.

Keller was ranked sixth overall by MLB Pipeline last year for right-handed pitchers. The position was deeper last year, but Pipeline rated him as having the best control and best floor for any RHP. He moved up two spots this year, but did not get a mention for any of the extra categories, such as control, best fastball, best curve, highest ceiling, etc. With players graduating from the 2018 list, Keller made it up to second place by the end of the season, so you could actually say that being ranked fourth now is a slight drop.

Keller struggled a bit in both Altoona and Indianapolis in 2018, before finishing strong at both levels. He was added to the 40-man roster this off-season and just last week he attended the Rookie Career Development Program, which is designed to help players adjust to life in the majors. Keller doesn’t have a legit shot at an Opening Day spot, but we could see him in the majors by June this year if all goes well, with a September call-up being the latest we see him (barring something unforeseen).

Left-handed pitchers will be covered tomorrow by MLB Pipeline. We don’t have any lefties among our top 20 prospects, so I wouldn’t expect any Pirates to make a top ten that includes players from all 30 teams. The Pirates had just two prospects make Pipeline’s top ten for positions last year. Besides Keller, Kevin Kramer was ranked among the top second basemen. Ke’Bryan Hayes was ranked 11th for third basemen in a strong year for the position. He should have no trouble making the top ten this year.