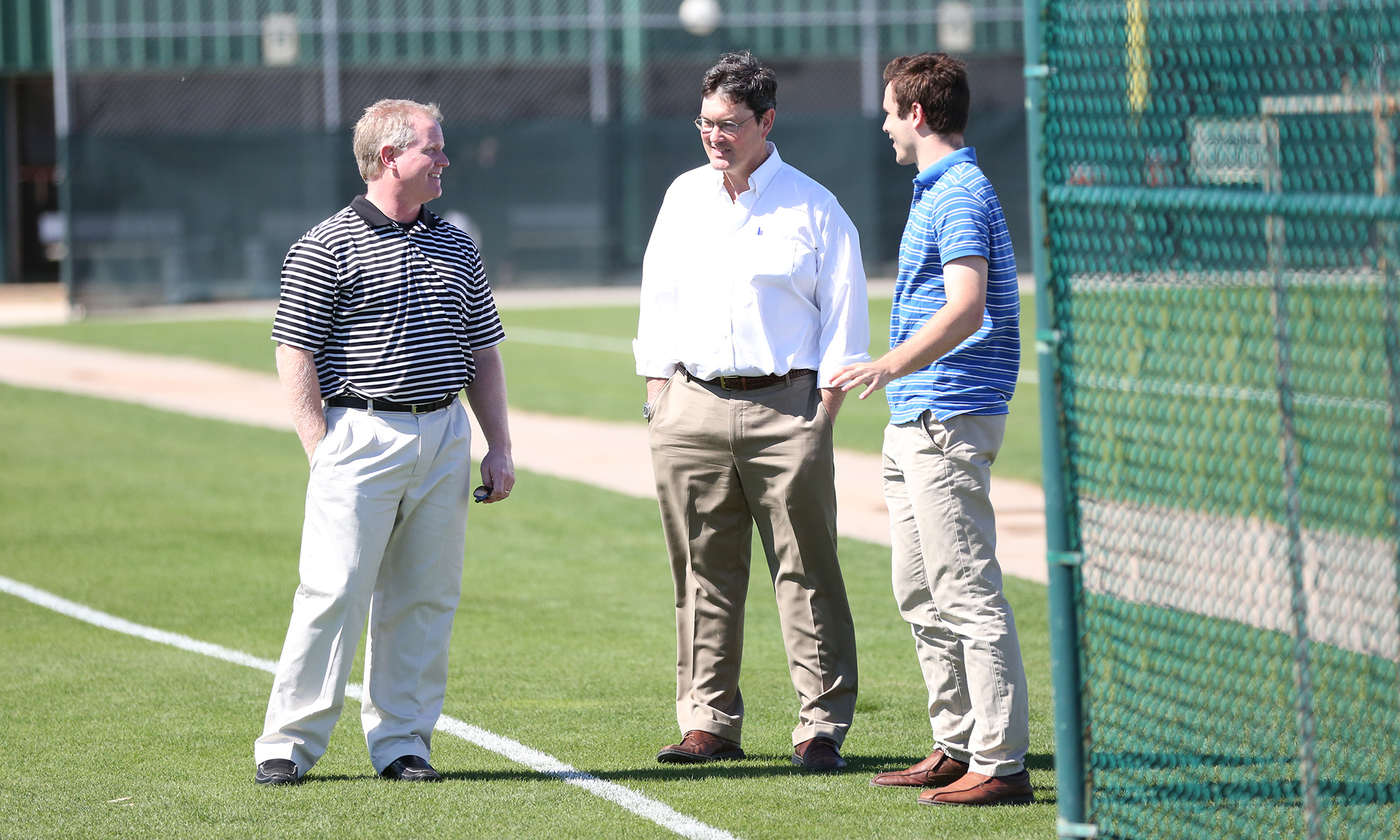 When the Pirates were in their 20 year losing streak, and getting to the point where it would be a record in sports, I would often think that the General Manager who finally produced a winning team would get a statue outside of PNC Park.

That General Manager ended up being Neal Huntington, and the Pirates made the playoffs three years in a row from 2013-2015, winning the third most games in baseball during that stretch. They struggled in 2016 and 2017, then rebounded with another winning season in 2018.

We’re now in an offseason where the expectation is that the Pirates should be contenders next season, and should act like contenders this offseason. Huntington already started that approach at the trade deadline, making big deals for Chris Archer and Keone Kela.

There was also some interesting news from Ken Rosenthal yesterday saying that Huntington was strongly considered by the San Francisco Giants to be their president of baseball operations. Rosenthal said that Huntington would have had the inside track for the job if he chose to pursue it, but he opted out due to family, geography, and the biggest factor being “his desire to complete unfinished business with the Pirates.”

The interesting thing about this is that it gives an indication of how Huntington is viewed around the league. The perception of him has always been better outside of Pittsburgh than inside Pittsburgh. That might be true of any GM though, since people who follow a team closest are going to dwell on the bad moves while chalking the good moves up to something that is expected.

Huntington has had his share of bad moves. You still can’t have a conversation about the Pirates without someone bringing up the 2015-16 offseason, where the big additions were Jon Niese and Ryan Vogelsong for the rotation, plus John Jaso for the offense. There is a constant narrative that Huntington can’t draft, which I believe is more a development issue where the Pirates aren’t often able to get the most out of their talented prospects once they reach the majors. Either way, it’s an issue, just a different cause of the issue.

Then there are the things that don’t matter, but get outrage anyway, because outrage sells. Things like dumping Juan Nicasio’s salary a month before he was a free agent, or having Clay Holmes make a spot start in August, or accepting an Organization of the Year award from Baseball America (I’ve yet to understand why this was ever mocked as a bad thing).

Again, you’ll have this kind of stuff with every GM. There are big issues that matter, small issues that don’t, and all of them will outweigh the good moves, because the good moves are expected, and reaching expectations isn’t something that gets you constant praise.

But every so often you get some kind of an indication from the outside of how good or bad the league sees the General Manager of the team you follow. And that’s what we have here.

It doesn’t surprise me that San Francisco would strongly consider Huntington. They’re a team with the ability to spend a lot more money, and when you think about it, a lot of Huntington’s bigger mistakes have been issues related to a budget. San Francisco isn’t going to be in a position where their big offseason additions would be guys like Jon Niese or John Jaso. They won’t be in a position where they need to worry about saving a few hundred thousand dollars at the end of a season, or where they will almost solely rely on the farm system for impact talent.

The trend in baseball recently has been for bigger markets to adopt small market tactics, typically by hiring away the best executives from small market teams. The Dodgers got Andrew Friedman from the Rays. The Red Sox did this awhile ago by adding Theo Epstein, then the Cubs did the same thing by hiring Epstein away.

If you step back and take a 10,000 foot view of the Pirates, you’d see exactly why Huntington would be considered for this type of position. He inherited a team with the worst record in the NL and one of the worst farm systems in baseball. He had that team on the verge of contending just four years later, and then went on to have one of the best teams in baseball for a few years. That success might have continued if the Pirates had adopted new trends sooner, such as pitchers throwing fewer fastballs, or hitters focusing more on adding leverage to their swing. And maybe it’s not a coincidence that they’re back to winning and looking up now that those trends have been adopted.

If I’m a big market team and I see what Huntington has done with a limited budget, and in a very tough sports town like Pittsburgh, then I’d be looking at him to bring those same tactics to a bigger market and see how much more success he can have with a lot more resources.

But that won’t be happening, due to that “unfinished business” in Pittsburgh. The said unfinished business isn’t going to be easy. Because you have so many big market teams combining small market tactics and big budgets, you have very few playoff spots that are actually available. And then there’s the issue where MLB teams in the bottom half of payroll have only won two World Series titles in the last 25 years.

The Pirates are trending back up after losing for two seasons. But that doesn’t mean it’s going to be easy for them to make the playoffs, or to make a strong playoff run, or to pull off the extremely difficult task for a small market to win it all. It’s good to see that they have a GM who is in demand and respected around the league. But that also provides just another sobering reminder of the reality for small market teams in MLB.