Williams: This Isn’t 2016 All Over Again, But the Pirates Still Have Moves to Make 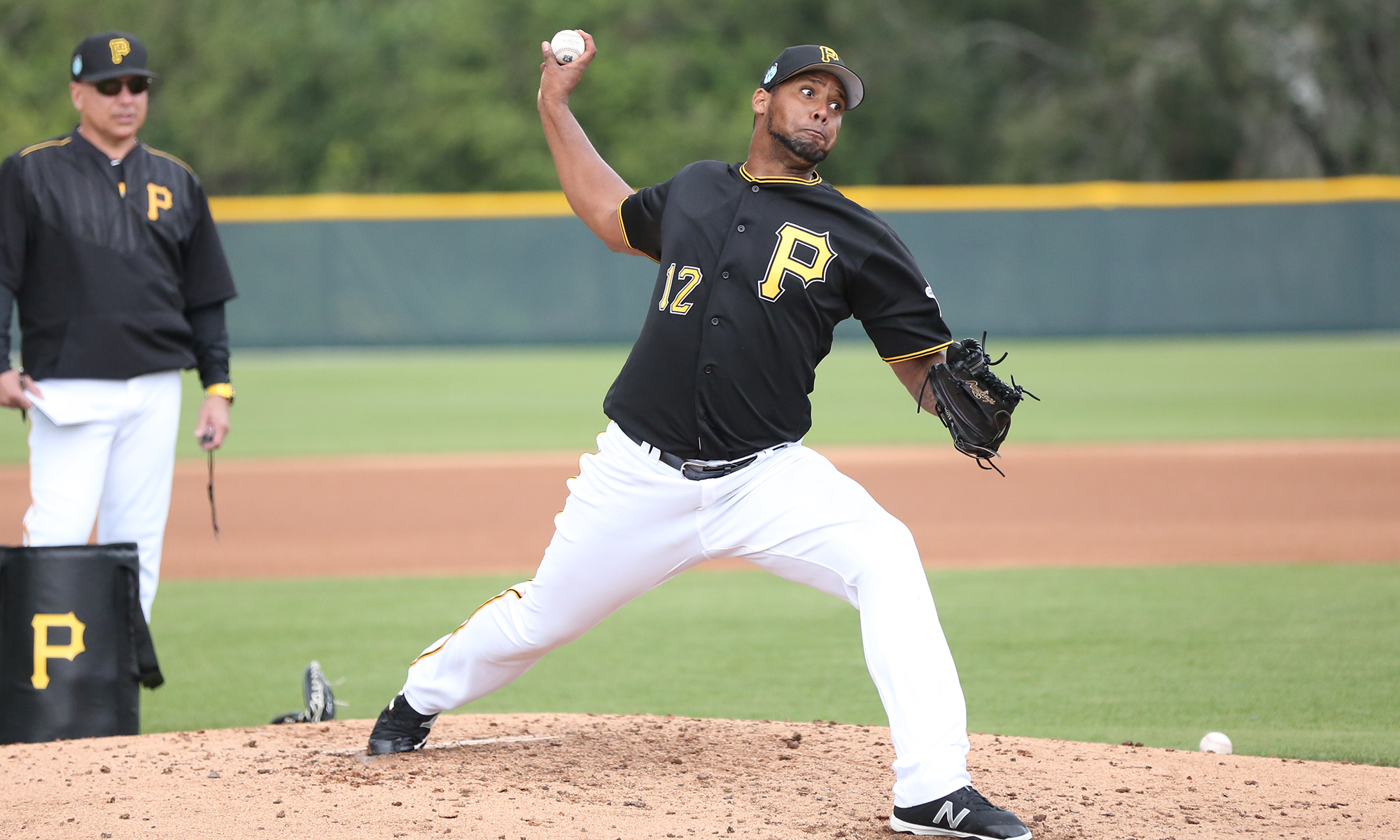 I’m going to start off by saying this: Jordan Lyles isn’t Ryan Vogelsong.

He’s not Juan Nicasio either.

Lyles was added to replace Nova in the rotation. He’s not a lock for the spot, but he has the inside track, and it doesn’t sound like the Pirates will be looking for an alternative option this offseason. So the comparisons to Ryan Vogelsong or Juan Nicasio were going to be made.

But Lyles isn’t either of those pitchers.

I try to take the same approach with all moves the Pirates make. I have my opinion on what will happen, and then I listen to reasons why the Pirates made the move. If my opinion is that the move is a bad one, I challenge that opinion by seeing if the Pirates have a good argument to make on why the move could be a good one.

It doesn’t always change my mind. I didn’t think Vogelsong was a good addition for the rotation. I felt he was better as a reliever and rotation depth, and not a guy who should be handed a rotation spot in December. The irony is that he didn’t win a rotation spot, and was passed up by Juan Nicasio and his incredible performances during the Spring, which ended shortly after camp broke.

I had the same initial reaction to Lyles. I felt he’d be good rotation depth and a good option for the bullpen, but not a guy who should be handed the starter role. The key difference is that I can see a path where there can be upside with Lyles. I didn’t see that same upside with Vogelsong.

A large complaint I had about the 2015-16 offseason was that the Pirates lacked their usual upside with moves, especially pitching moves. Vogelsong might have worked out as a starter. Jon Niese might have bounced back as well. But if they did, the best you were looking at was a number four or a number five starter.

The Pirates signed Lyles because they liked the adjustments he made to his pitching approach last year. He was using his fastball less, his curveball more, and his changeup as his third pitch. By the end of the year he went to the extreme with those adjustments, getting the curveball to 36% and the combined fastball usage below 47%. The results were solid, and if you got the same results from a starter, you’d be looking at the production expected from a number three starter.

The challenge there is that Lyles had this success in 16 innings with the Brewers, and as a reliever. I think the adjustments leading to the success are stronger than any inning total. I had been calling for the Pirates to take the same reduced fastball approach with their pitchers since the start of the 2018 season, and gave them credit when they made the adjustments at the end of May.

I’ve been saying for almost a year that the best approach for pitching today is to use your best pitch more often, and use the fastball less. It would be hypocritical of me to say that, and then to doubt that those changes are legit for Lyles. I can’t say that Jameson Taillon is finally looking like a top of the rotation starter with those changes, but then focus on what Lyles did before he made the same changes.

The bigger challenge of the two above would be transitioning to the rotation. This is where the Juan Nicasio comparisons will come in, but there’s a key difference between him and Lyles. Nicasio only had two pitches — a fastball and a slider. That’s a large reason why he didn’t work out as a starter. Lyles has five pitches — a four-seam fastball, a sinker, a cutter/slider, a curveball, and a changeup. He’s not going to have the same issues as Nicasio. Lyles actually had the issue of not knowing which of his pitches to use most often, up until last year.

It’s not impossible for Lyles to make the successful transition to the rotation from the bullpen, all while carrying his successful stats over. It’s also far from a guarantee. And that’s why I think the Pirates need to take an important lesson from their 2015-16 offseason.

The Pirates didn’t add a lot of upside that offseason, but what was worse was they didn’t add a lot of depth. They were waiting for prospects to arrive, and assuming the guys they brought in would be capable of holding down the job until those prospects arrived. That plan failed in so many ways.

Ryan Vogelsong was given a rotation spot in December, and by the end of Spring Training he was out of the mix for the rotation. Their backup plan was Nicasio, who was originally intended to be a reliever who could strengthen the late innings. And there wasn’t much of a backup plan beyond Nicasio, except waiting for Jameson Taillon to be ready.

The Pirates can’t make that same mistake again. They can give Lyles the inside track for the fifth starter role, but they need to also focus on some depth options as if those guys will be the fifth starter. I don’t think they should be viewing Steven Brault or Nick Kingham as the Plan B. I don’t think waiting on Mitch Keller is an acceptable Plan B either.

They almost need another Jordan Lyles. They need a guy who will pitch out of the bullpen, but can be a starter option if needed. They need someone like Lyles who has a path to upside, even if that’s far from a guarantee. In short, they need depth.

It’s not just in case Lyles doesn’t work out. That 2016 team was expected to be led by Gerrit Cole and Francisco Liriano at the top of the rotation. Cole struggled and dealt with injuries, while Liriano saw a serious decline. I don’t think the same worst-case scenario will happen with Jameson Taillon and Chris Archer, but those 2016 woes should be a reminder that no spot in the rotation is guaranteed.

I don’t think Lyles will be the next Ryan Vogelsong signing. I see a lot more of Edinson Volquez, Ivan Nova, J.A. Happ, or [Insert other reclamation projects here] in Lyles. He’s not really a reclamation project like those guys, since he’s already made the adjustments necessary. He’s more of a buy-low candidate, and his signing could be viewed as a good move a year from today, just like how all of those previous moves went from “This guy isn’t a starter” to “They need to re-sign this guy.”

But the Pirates can’t be done here. I’ve got their projected payroll at just above $73 M right now. That should be enough to add some depth, at the least. And if their offseason is going to revolve around value plays like Lyles, Lonnie Chisenhall, and whoever they get for shortstop, then they’re going to need some depth to serve as a backup plan if those value plays don’t work out.