What Moves Do the Pirates Have Remaining This Offseason? 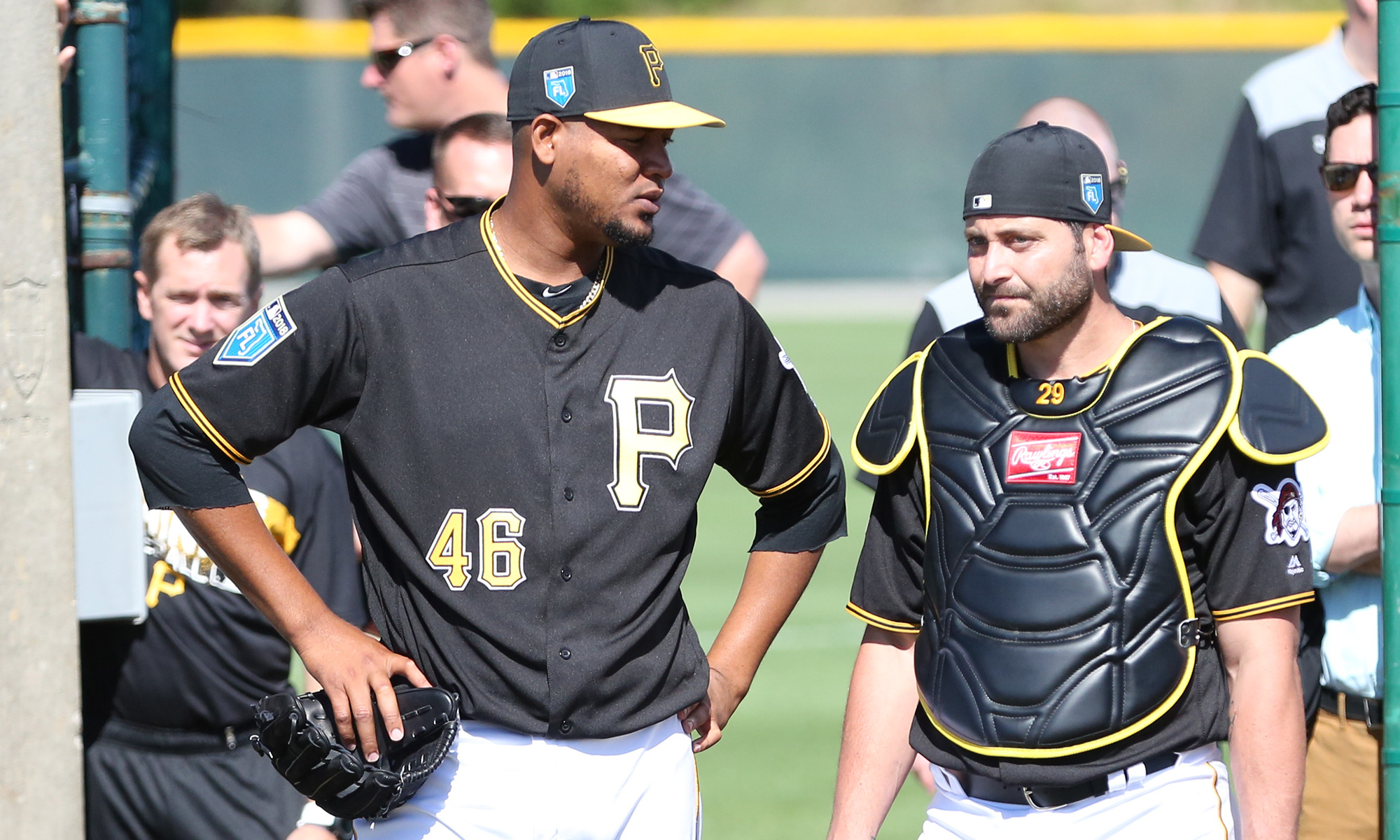 Every year while prepping for the Prospect Guide, I project out the rosters for the full season clubs. The process allows for us to see where the Pirates have depth, where they are lacking depth, and how certain players might be pushed to higher levels or held back at lower levels based on that depth.

This process can’t start without projecting out the MLB club. Those moves, especially the final moves to the roster, can have a trickle down effect, impacting the Opening Day assignments for Indianapolis, Altoona, and so on.

I’ll be running the early projection articles for the other clubs throughout the next week. But as with the process, we’re going to start with the MLB club. While projecting out the roster for the Pirates, we can take the opportunity to see where the team could add this offseason, giving a nice preview of what to expect with the winter meetings coming up next week.

The Pirates currently have three catchers in the mix for next year, although it’s unknown if they will actually carry three catchers. Jacob Stallings is out of options, so if they decide to carry two catchers, that would mean either designating Stallings for assignment, or trading Francisco Cervelli.

There have already been rumors that they are shopping Cervelli. That would obviously be a move to watch for this offseason. Their catching position is set with some combination of these three players, or possibly all three of them.

I don’t expect that the Pirates will replace Josh Bell at first base, although it will be interesting to see if they have some kind of a backup plan for the 2019 season. If they do go with a backup plan, I’d expect a minor move to add some depth to Triple-A.

The Pirates seem to be in line to give Adam Frazier a starting role, and with the signing of Lonnie Chisenhall for the outfield, it looks like that starting role will be at second base. I’m pretty sure we can pencil Frazier in as the starter here, although it wouldn’t be a bad thing to add some depth by keeping him as a super utility player who can play on a regular basis around the field.

As of right now, the shortstop position would come down to Kevin Newman and/or Erik Gonzalez. The Pirates acquired Gonzalez in a trade, and he’s out of options, so expect him to have a role on the team in some form. Newman was given a shot at regular playing time at the end of the 2018 season, and that should continue in 2019, although hopefully with better results.

There is the possibility that the Pirates could go for a more established guy, either to be the regular starter, or to split time with Newman. I’d be surprised if they kept Newman in the minors. Cole Tucker will be moving up to Indianapolis, which will push Newman to a situation where he will need to either be in the majors, or play another position. And since Kevin Kramer is projected to go back to Indianapolis at second base, that would leave Newman without a regular spot.

My guess? Newman and Gonzalez are on the team, with Gonzalez taking Frazier’s super utility spot, while Newman splits time at shortstop with a veteran brought in from the outside.

The Pirates are going to need better production from Colin Moran in 2019, and I’m betting that they will give him a shot to produce those better results. If he struggles to put up more than replacement level value, they have Jung Ho Kang as a Plan B. Kang isn’t exactly a guarantee himself, which means if neither guy works out, the Pirates will either hope that Ke’Bryan Hayes is ready, or hope that someone like Kevin Kramer or one of the other bench players can take over until Hayes arrives.

I don’t expect any other moves at third base, outside of some minor moves for depth in Triple-A. However, Hayes will get the starts at third base in Indianapolis, so there’s not room for a veteran to get starts in the minors.

He’s going to be the starter in left field…

…and he’s going to start in center field…

…and I assume that Chisenhall will be the only starter in right field until Gregory Polanco returns. There is the possibility that the Pirates could have him split time with someone else, either getting another outside addition, or going with Frazier as the other guy and getting a regular starter for second base.

Either way, I think the Pirates will add another outfield option, just because of the bench situation.

If the Pirates go with a normal five man bench, then one of Reyes or Osuna would return to the minors. If they don’t carry three catchers, then both of them could stay. However, I’d expect them to continue adding to the bench this offseason, especially in the outfield. As it sits right now, they have guys who can play outfield (Gonzalez, Reyes, Osuna), but no real outfield option.

I’d expect them to add at least one option from the outside, addressing the outfield. At most, they would only add two guys who would be options, since they’ve got Kang, Gonzalez, and one of the catchers already locked in.

This rotation looks set, although you can never be set with pitching. The Pirates have some rotation depth, with guys like Nick Kingham, Clay Holmes, JT Brubaker, and top prospect Mitch Keller, who could arrive in the second half. However, as we saw with Kingham and Holmes in 2018, young starters can’t be relied upon to produce consistent results, or to have success right away.

I think Keller will be the exception to that, mirroring the instant success that guys like Taillon and Gerrit Cole had when they arrived. But I don’t expect Keller to arrive early in the season.

The Pirates could add to their depth here, but in order to add a guaranteed starter to the rotation, they would need to remove someone.

Again, I’m not going to say that any pitching is set. However, the Pirates have one too many players here, and that’s not counting guys like Dovydas Neverauskas, who I think have no shot to make the Opening Day club. The final four spots in the bullpen are set with Vazquez, Kela, Crick, and Rodriguez. Kingham is out of options, so you can expect him to make the club. Burdi is still required to be on the team as a Rule 5 guy, and I’d expect that they will give him a shot at the start of the season.

This leaves one spot remaining for Feliz or Brault, with both pitchers having options remaining. So it’s possible that the Pirates could add another guy to the bullpen and send Feliz and Brault down at the start of the season to serve as depth. And I’d say it’s a guarantee that they will add depth in the form of waiver claims and minor league free agents, with the latter being an approach that worked out very well last year with Richard Rodriguez.

Outside of Vazquez and Brault, the Pirates don’t have a lefty option. They’re always looking to add left-handed options, so expect them to look specifically for that type of depth this offseason.