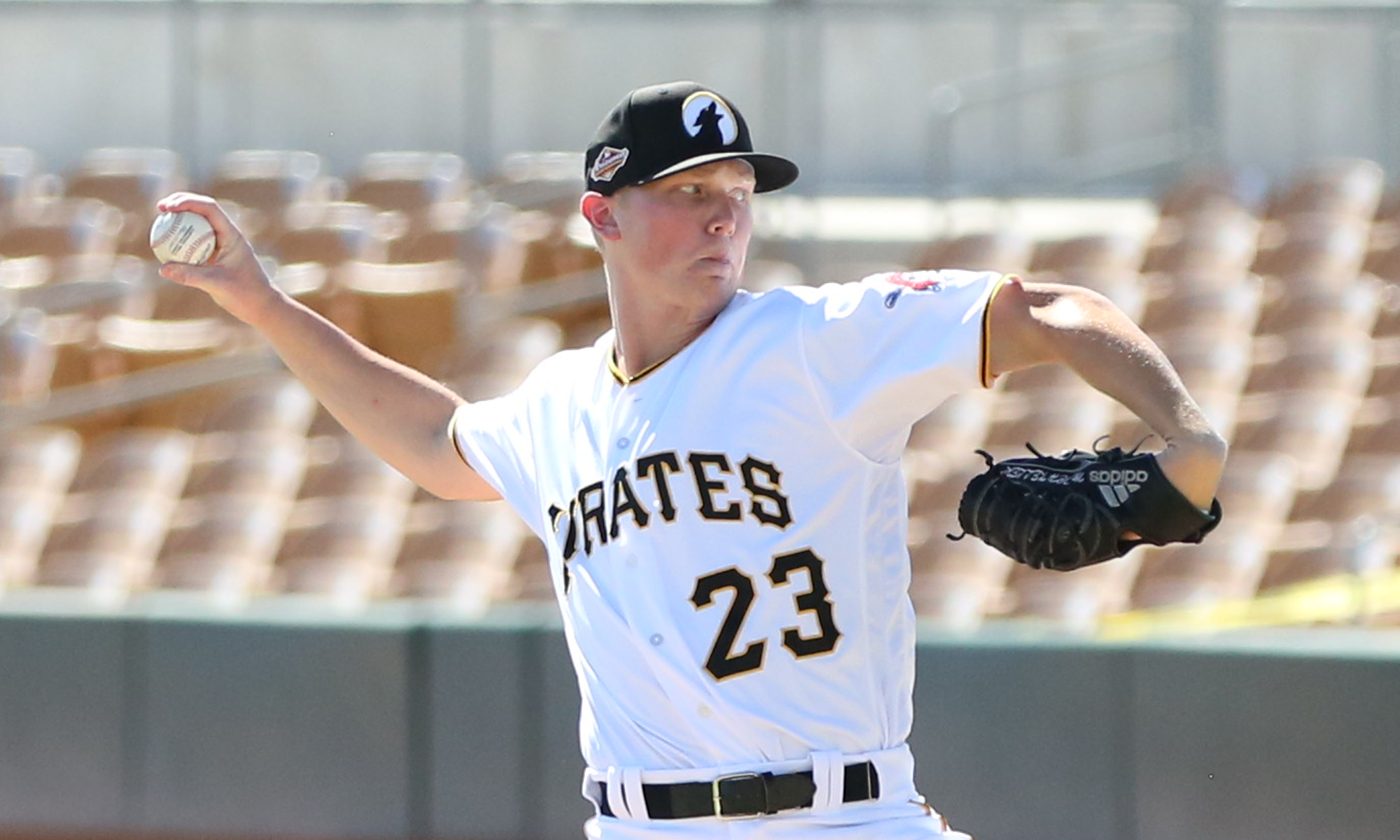 The 2019 Indianapolis Indians squad looks like an interesting group. It features a lot of the top prospects in the system, including top prospect Mitch Keller, and top position player prospects Ke’Bryan Hayes and Cole Tucker. The group will also have interesting prospects at other positions, including outfielders Jason Martin and Bryan Reynolds, second baseman Kevin Kramer, first baseman Will Craig, and several starting pitchers who could provide MLB depth throughout the year.

Here is our early breakdown of the projected Opening Day roster for the Indianapolis Indians:

Analysis: The Indianapolis group has a lot of guys moving up from Altoona, and a few guys returning to the team from last year. We projected Pablo Reyes and Jose Osuna to be in the minors, with Reyes likely getting playing time all over the field, but mostly in the outfield. Osuna should get time in the outfield, at first base, and DH.

The biggest question mark from this group was the catcher position. Christian Kelley didn’t have the best offensive season in Altoona last year, but keeping him down another year could create a logjam at the catcher position, while leaving Indianapolis with no one. They’ll almost certainly add a veteran on a minor league deal, and probably will add two minor league free agents, with the second guy providing depth for the top two levels (the Jackson Williams role from 2018). Right now we’re projecting Kelley to move up to allow other catchers to move up behind him.

Usually the MLB club dictates the roster for Indianapolis, and that trickles down. However, there are some factors where the Pirates are better off pushing a guy to the majors so that he won’t impact Triple-A. Kevin Newman is in that situation. If he isn’t in the majors, then the Pirates are projected to have a very crowded middle infield situation, and might not have a shot for Newman if he falls behind Cole Tucker. Technically this gives them some depth at shortstop, although the guy who I believe would have more value — Tucker — is the guy you’d want to keep. I think they’ll push Newman to the majors in some role, and give the middle infield in Triple-A to Tucker and Kevin Kramer.

This could be a pretty interesting starting group to watch, especially with the possibility of adding depth in the second half, and maybe getting a first look in 2019 at some future starters.

As for the bench, I’d expect more waiver deals and minor league free agents to crowd the mix, which could impact the playing time or roster spots for Suiter and/or Weiss.

Analysis: The one question mark about this group is whether Eduardo Vera will be in Triple-A. He’s getting an invite to Spring Training, and pitched well in Altoona last year in a limited fashion. He’ll get a shot in Spring Training to compete for the Triple-A rotation. If he doesn’t make it on Opening Day, expect him up by mid-season, with one of Steven Brault, Brandon Waddell, or Alex McRae taking his place until then. Those three should also factor into the rotation in some way throughout the season.

The starting pitching isn’t really being held back at any level, with a few chances for aggressive pushes. This is due to two factors. Number one is the trades that have sent starters away, such as Taylor Hearn and Shane Baz. The other is that the Pirates seem more open to transitioning starters to the bullpen once they have too many guys in the upper levels. With that said, let’s look at the bullpen.

Analysis: We’ve got the first four guys projected to be optioned to the minors at the start of the year. There are more pitchers than spots in this group, and that will almost certainly increase as the Pirates add more veteran depth options during the offseason. This will hold a few relievers back in Altoona for the start of the year, while also creating some roster decisions at the top two levels on who might get released by Opening Day.