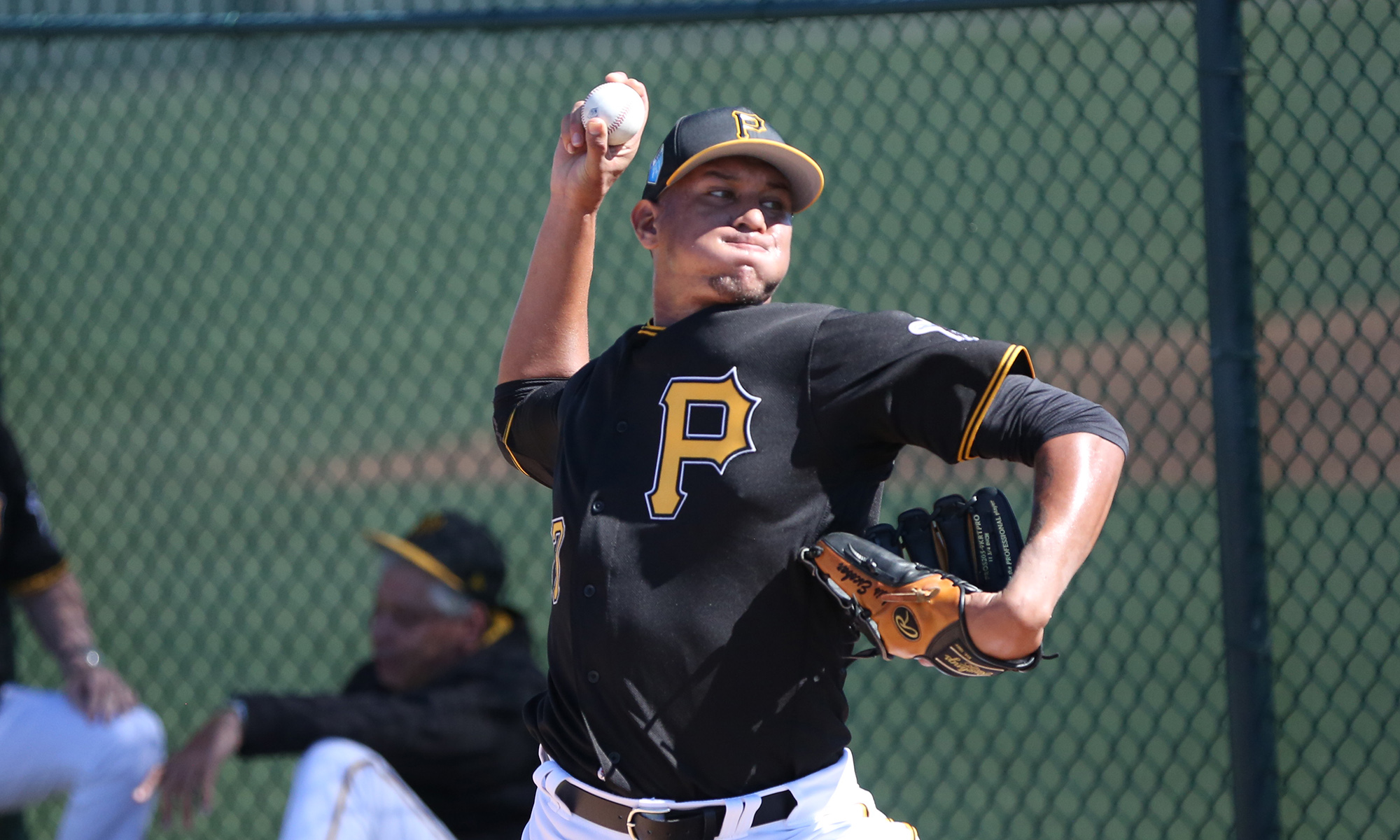 We published our projection for the Pirates and Indianapolis already. Next up is the Altoona Curve. The Double-A projections are tricky. This is typically where you start to see a logjam of prospects, with the guys who don’t make the team at risk of being released during Spring Training or early in the season. This is also the level where you start to see if guys are legit prospects, and start to get a more clear look at what their upsides could be.

Here is our early breakdown of the projected Opening Day roster for the Altoona Curve:

Analysis: In the Indianapolis article, I mentioned that we were unsure of whether Christian Kelley would move up at the start of the year. We opted to project him getting that push to Triple-A just because Arden Pabst and Jason Delay are both deserving to move up, with other catchers behind them also deserving to move up. We projected that the Pirates would push Kelley in order to avoid holding back the rest of the group. Pabst got the push to Altoona last year at the end of the year, and should get the bulk of the playing time this year.

Most of the guys on the roster are moving up from Bradenton, with only a few guys returning. The highlights of the returning guys are Stephen Alemais and Logan Hill. Alemais is the best defensive shortstop in the system, but struggled offensively in Altoona last year. He also played second base, with Cole Tucker at short. He should move back to shortstop this year, but will need the offense to continue moving up.

Logan Hill has shown some power potential in the past, and had that last year with a .176 ISO in Altoona. However, he didn’t hit for a high average and didn’t get on base at a good rate, which was largely due to the average. This projects him to return to Altoona for the start of the year.

There are a lot of outfielders projected for this group, with some clear standouts. Bligh Madris is like Hill in that he has shown some power potential in the past. Jared Oliva might be the most interesting prospect of the group, with strong defense in center field, plus good offense last year in Bradenton. The jump to Double-A is often the most difficult for hitters, so this year will tell what kind of prospect he could be in the future.

The bench doesn’t have many infielders, with only one guy who can play second, short, and third. That would be Alfredo Reyes, who is a strong defender, but hasn’t had much of a bat in the upper levels. Reyes is doing well in winter ball this offseason, and if he can parlay that into a strong spring, he might have a shot at moving up to Indianapolis. Either way, he seems like a guarantee to at least go to Altoona, getting more playing time than most bench guys. I’d expect more infielders to be competing for Altoona, with the bench outfielders either used as early season injury depth, or at risk of being cut.

Analysis: The pitching staff on this team is very interesting, led by Luis Escobar and Dario Agrazal, who are both in their second year on the 40-man roster. That means we could see both moving up to Indianapolis by mid-season, and possibly even moving to the bullpen in order to speed their path up to the majors.

James Marvel and Cam Vieaux both project with an upside more as relievers and possibly starting depth out of Triple-A, but should continue getting starts in Altoona. Marvel gets a lot of ground balls, and could be similar to a Jared Hughes type reliever. Vieaux is a lefty who has shown inconsistent velocity, but has been better when that velocity sits in the low-90s, allowing some separation from his other pitches, making them more effective.

One interesting case here is Gage Hinsz, who missed last year with a heart condition. He doesn’t have much time in Bradenton, but I could see the Pirates giving him an aggressive push to make up for lost time, especially since he has looked good in his return in winter ball this offseason. Hinsz could be the most interesting prospect on the team, with the stuff to be an MLB starter, and more than a back of the rotation or depth guy. The best news is that he’s healthy and back to pitching, which should give him a chance to show what kind of upside he has.

Analysis: The bullpen is always crowded in Altoona when we do these projections, and that will continue as we move down to the A-ball teams. This is typically where you see guys leaving the system, or being held back in extended Spring Training to be used as early season injury depth. There are a few guys from the Indianapolis squad who could also move down to compete for this group.

The standouts here are Geoff Hartlieb and Blake Weiman, who should both be guaranteed a spot. Scooter Hightower had a solid season last year, and should also have an inside track for an Opening Day spot. Tate Scioneaux and Sean Keselica had strong seasons in 2017 with Altoona, but struggled in their return in 2018. They should each get another shot to show whether they can rebound.

We have Jake Brentz and Elvis Escobar projected for Bradenton, with each getting the shot to compete for Altoona. However, due to the amount of players competing for spots, it seems unlikely they would open the season here. Escobar might have the best chance, since he pitched in Altoona briefly at the end of the year last year. The rest of this group will be competing for the few remaining spots, with a chance to win a spot in Bradenton or serve as depth out of extended Spring Training if they don’t make the Opening Day squad.