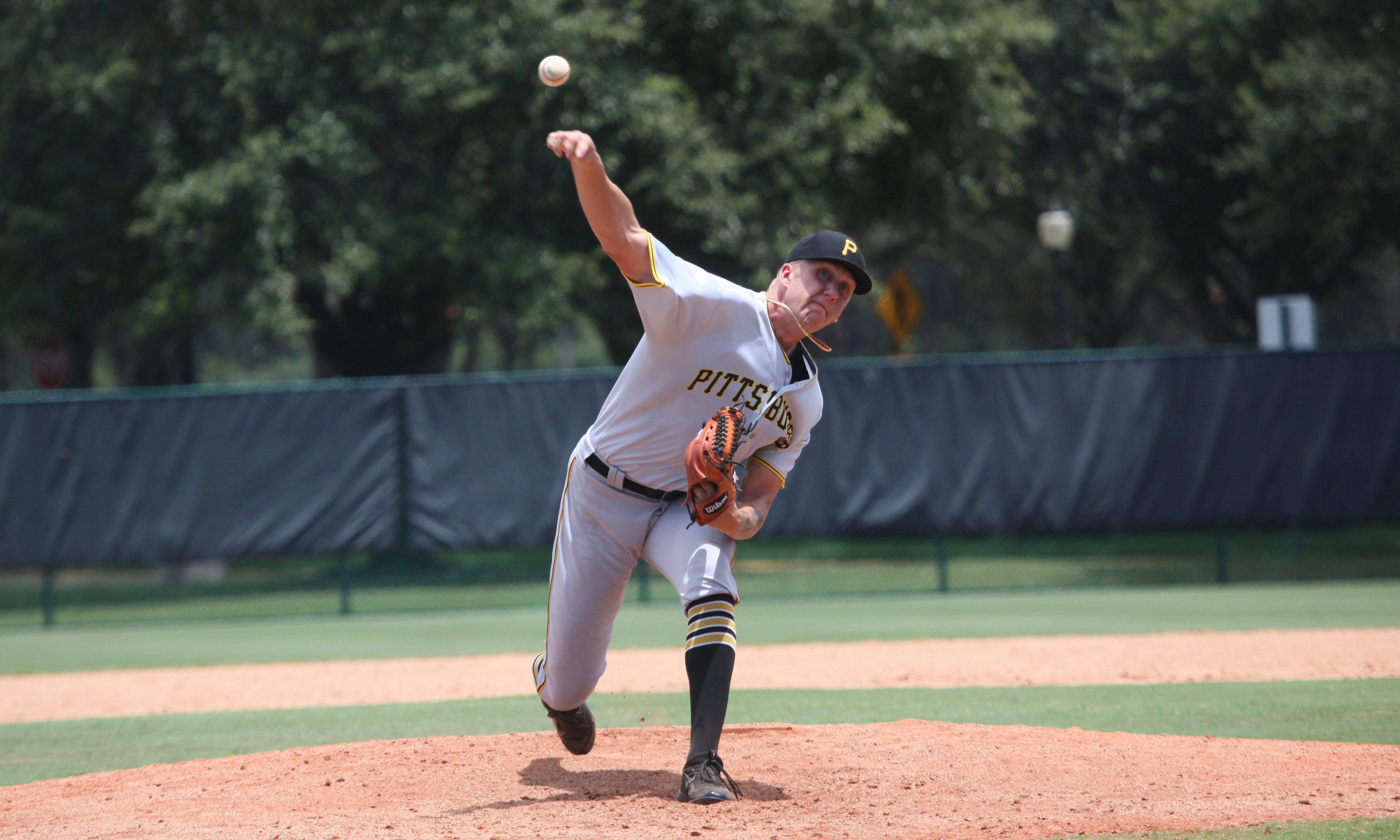 The Pittsburgh Pirates released eight players on Tuesday, including some of their top international signings since 2012. That group consisted of all lower level position players and all international players, so it was likely that more cuts were coming. Another eight players are added to that list today and it’s a mix of players.

Shields (pictured) would be the big name here as an over-slot draft pick in 2016. He was a raw pitcher, with a huge frame and low-90s velocity out of high school in Canada. He had some control issues, but he was also new to pitching, so it wasn’t completely unexpected that he would require patience. In Extended Spring Training last year, he was showing tremendous progress according to reports, then had a minor arm injury that cost him a very brief time and when he started throwing again he was having control issues that only got worse as time went along. He had a lot of trouble this year in Bristol, posting a 13.08 ERA, a 3.00 WHIP an 27 walks in 21.1 innings.

Oller had a strong 2017 season in Morgantown after returning from an early spring arm injury, but he struggled in Bradenton this season, posting a 6.75 ERA in 58.2 innings.

Miguel Hernandez showed a lot of potential, but he suffered from inconsistent command and it seemed to be more mental than physical. He could get off of his game easily, showing terrific stuff one day, followed by a game he let get out of hand early the next time out. He has a big 6’5″ frame and a fastball that would sit 93-94 MPH, touching higher. In four seasons, he had a 5.61 ERA and a 1.61 WHIP. The stats didn’t match the potential and his limited role in Morgantown this year sealed his fate.

Navarro is an odd one, mostly due to the fact that he was a recent international signing, who debuted in Bristol this season. He wasn’t over-matched, but also wasn’t getting much playing time. You don’t see an aggressive push for a first-year player followed by him being released that same year.

Ratledge finished the season in Indianapolis, three years after he was drafted in the 13th round. He only played 29 games this season, with barely half (15) of those being starts. He had a .632 OPS in 250 minor league games.

Romano, Brands and Deyzel were all international signings. Romano had some terrific results this season, but as we explained in the Bristol recap, his scouting report was exactly the same as his first three seasons in which he had mediocre results. He is already 23 years old and didn’t make it out of short-season ball. Mixed in with the scouting report, it was hard to project future success. The Pirates tried a new delivery for Deyzel in his third season and he had mixed results at Bristol, while Brands saw limited playing time this past season at Morgantown, posting a .557 OPS in 25 games.

It should be pointed out that none of the 16 players released were considered for our mid-season top 50 update, and none of them showed progress in the second half that would have put them just outside our top 50 in our 2019 Prospect Guide. So while some of them are still young and have tools, which could get them a look from other teams, these releases don’t affect the prospect depth in the system.

Guys like Shields and Yondry Contreras, Jeremias Portorreal and Michael de la Cruz from yesterday’s cuts, have been top 50 prospects in the past. Contreras and Shields were more potential based, while the other two showed results. At this point, all four were far from either their ceiling or their peak performance we saw in previous years, so it was unlikely that they were going to regain that status.