Past, Present, Future: What is Corey Dickerson’s Future With the Pirates? 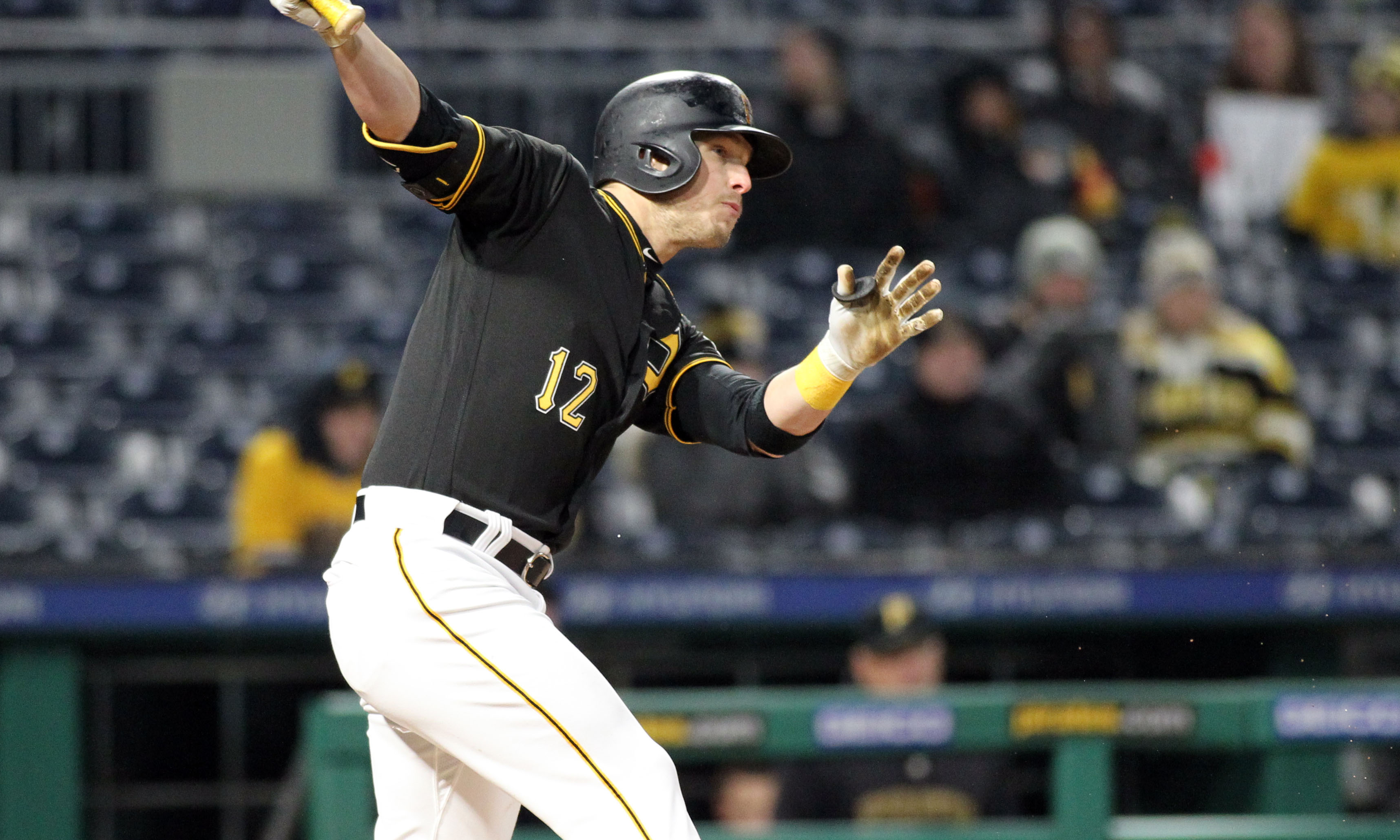 This is the final part of a season recap feature looking at each position on the Pirates with a focus on the recent past (2018 season), the present (what the 2019 team looks like) and the future (years beyond 2019). Check out our previous articles:

One of the best moves the Pirates made for the 2018 season was trading for Corey Dickerson. The team had been searching for another outfielder during the offseason, especially after trading Andrew McCutchen. There were rumors that they were trying to get Brandon Nimmo from the Mets — a move that would have also been good had the Mets been willing to trade him.

Behind the scenes, Dickerson didn’t get much interest, despite the Rays making him available all offseason. They finally designated him for assignment, forcing a trade, and the Pirates got him before he could hit waivers, sending Tristan Gray and Daniel Hudson in return. Gray was the value, while Hudson was more to offset some of the salary the Pirates were taking on. Even at full price, Dickerson would have been a value.

This started to look like a repeat situation, with Dickerson slumping to a .468 OPS in the month of August. However, he finished strong with a .920 OPS in September, leading to his strong season numbers. It wasn’t consistent along the way — he also had a bad month in the first half with a .603 OPS in June — but the overall production was a big boost to the Pirates.

Another reason why Dickerson was under-valued was due to his perceived defensive limitations. He previously was a poor defender, with a -11 UZR/150 and negative numbers in Defensive Runs Saved and Plus/Minus in 2015. He went to the Rays and saw improvements in all categories in 2016-17, but didn’t add much value with his defense.

That all changed with the Pirates. He had similar offensive numbers this year compared to 2017, but offense was up around the league, so those similar numbers came with less value. He maintained his overall value by seeing a huge improvement with his defense. He had an 11.9 UZR/150, a 16 DRS, and a 14 Plus/Minus.

Out of 29 players with 450+ innings in left field, Dickerson ranked 5th in UZR/150, third in DRS, and first in PM. The big reason for his defensive improvements was an improvement on his range, which went from 1.7 to 6.7 in the UZR calculations.

The overall performance on defense was enough to win Dickerson the Left Field Gold Glove award in the NL, which was probably the most surprising thing of his season.

The Pirates still have Dickerson under control for one more season, raising questions about what they should do with him in the future, especially after the trade of Austin Meadows, which left the Pirates short of an obvious starting outfielder of the future in the upper levels.

The Pirates do have some outfield prospects, both in the upper levels, and lower in the system. Meadows was the top guy, and the only guy in the upper levels with impact potential. Indianapolis should start the 2019 season with both Bryan Reynolds and Jason Martin, with both of those guys being candidates for a future starting role.

Neither Reynolds nor Martin is guaranteed at being a starter, and their upsides are more along the lines of average overall corner outfielders. There’s a chance they could each surpass that upside with improvements. Reynolds would need to see a boost in his power, while maintaining his average and OBP. Martin would need to continue showing the ability to hit for power in the upper levels and the majors, defying his smaller frame.

The Pirates have both of these guys as options to take over in 2020 if Dickerson is gone. They might even get a look at one or both of these guys in 2019 if an injury takes place. You could also add Jordan Luplow to this group as a guy who isn’t guaranteed to be a starter, but has a chance, with his chance obviously relying on carrying his minor league numbers over to the majors.

Adam Frazier is another option to take over for Dickerson, but that assumes that the Pirates have an option at second base for the long-term (Kevin Kramer is the top candidate), and that Frazier repeats his strong 2018 totals.

In the lower levels, one of the top potential impact guys is Calvin Mitchell. He showed some promise this year, especially with his power potential, but was largely inconsistent. That’s something which can be expected for a young player in his first full-season in A-ball.

The Pirates also have all of the guys who I mentioned in the center field article, assuming they aren’t needed in center field. You could also add Oneil Cruz as an outside candidate for the corner outfield, as long as he doesn’t have a spot in the infield.

The Pirates need to figure out their 2020 outfield, but that’s not a decision that needs to be made this offseason, and is one that can be made next offseason. There are so many variables in play that it might benefit them to wait a year on the decision. Those variables include:

**Will Dickerson repeat his 2018 totals, especially on defense? (Repeating a common theme in these articles: One year of defensive numbers isn’t a reliable sample.)

**Will Adam Frazier, who is under control through 2022, repeat his 2018 totals AND will the Pirates have a long-term second base option who would allow Frazier to start in the outfield?

**Will one of Jordan Luplow, Jason Martin, or Bryan Reynolds emerge as a starting option for 2020?

**Will the Pirates add a Dickerson-like replacement for Gregory Polanco in 2019, getting a guy who can start for Polanco in the first half of 2019, add depth in the second half, and take over for Dickerson in 2020? This would require that they add someone from the outside on a multi-year contract, obviously.

It’s possible that the Pirates could just extend Dickerson now, and use the other options as backup plans. That takes the risk that Dickerson does repeat his success, and doesn’t come with much of a financial benefit, since he’d probably receive about the same amount that he would get in free agency. The only financial benefit would be if he improves in 2019, and the price paid for him this offseason — based on his previous work — turns out to be a value.

What we know is that the Pirates are looking good in 2019, and they have a lot of options for 2020 and beyond. Dickerson would be the priority if he does work out, and if none of the other guys are ready. If someone else steps up, then it will be interesting to see which direction the Pirates go in next offseason.