Past, Present, Future: The Pirates Had the Best Catching Duo in 2019 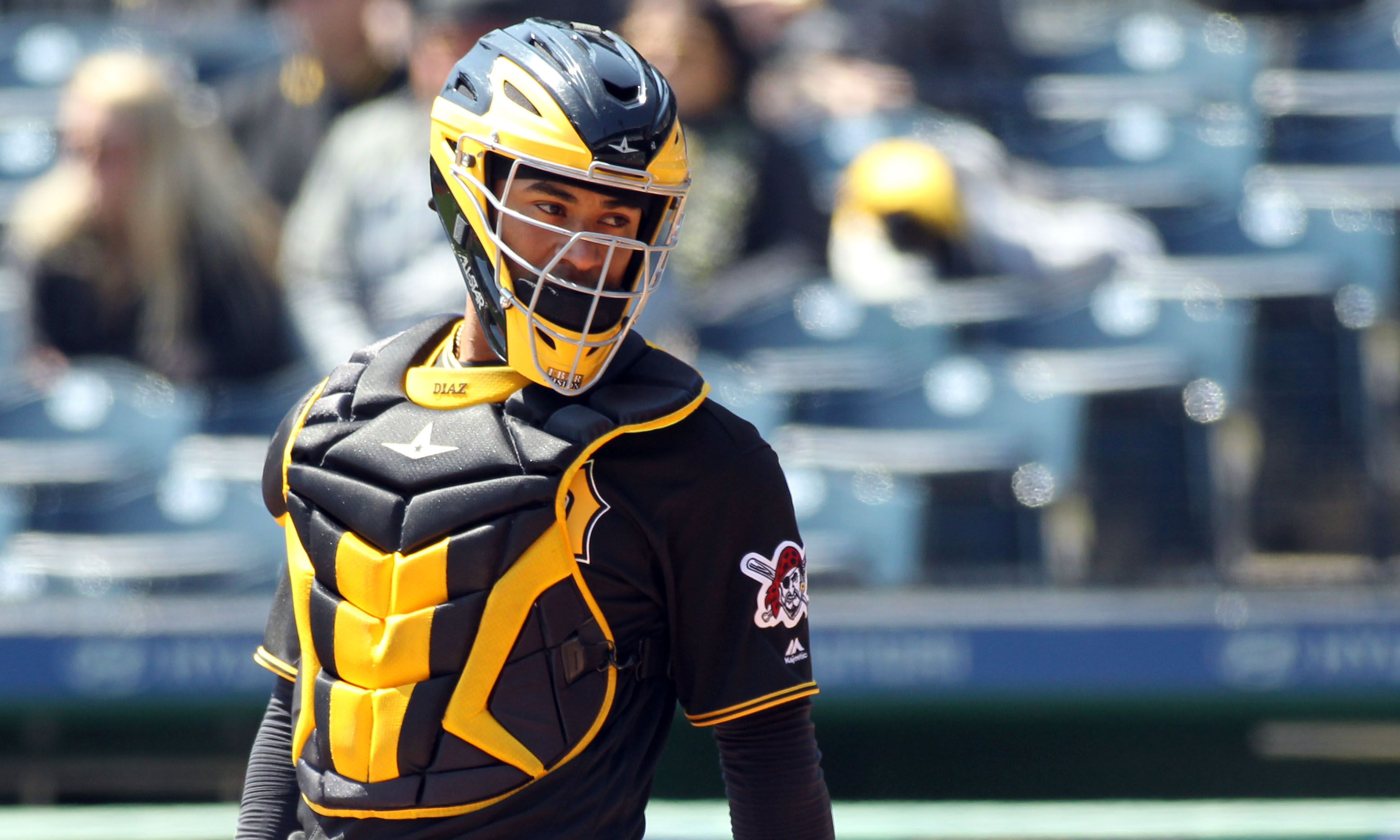 Prior to the 2018 season, there were questions about the short-term and long-term future at the catching position for the Pirates. Francisco Cervelli was coming off a year where he had a 1.0 fWAR, and he still had two years and $22 M left on his deal. Elias Diaz was the best hope for a future starter, but he had yet to successfully transition to the majors, looking like a replacement player at best.

It seemed like the Pirates were going to be stuck with Cervelli, with the hope that Diaz could live up to his potential as a starting catcher.

Fast forward to the end of the season and everything is different. The Pirates aren’t exactly stuck with Cervelli anymore, but instead have a catcher who can live up to his last year under contract. And if he doesn’t, Diaz has emerged as a future starter who can replace him.

There were 37 catchers in the majors with 250 plate appearances. Out of that group, Cervelli finished third in fWAR, and Diaz finished tied for tenth. That combination gave the Pirates the best catching production in the majors.

There were also improvements on the defensive side for Cervelli. He caught 39% of runners stealing this year, which is a huge improvement over his previous high of 22% with the Pirates.

Diaz has always had strong offensive tools in the minors, but they rarely translated to the stat line. That wasn’t the case this year. Diaz hit for a .286/.339/.452 line, showing a good amount of power with a .167 ISO and ten homers in 277 plate appearances. Diaz also caught 27.5% of batters stealing, which was slightly down from the 32% mark heading into the season.

The Pirates are thin at the catching position in terms of prospects. The prospects they do have are all defensive options, and unlikely to be starters if they reach the majors. The guys at the top three levels include Christian Kelley, Jin-De Jhang, Arden Pabst, John Bormann, and Jason Delay.

Of that group, Kelley projects as the best prospect. He works well handling his pitching staff and calling games, and has good defensive skills in framing, blocking, and with a strong arm. He has shown some offense in the past, and has some power potential, but didn’t show that this year in Altoona.

Arden Pabst is another interesting option, showing better offense this year with a .208 ISO. He’s good defensively, and like Kelley, would need to show that his offense can be a regular thing in order to have a shot at the majors.

In the lower levels, Deon Stafford is a guy who has shown some offensive tools, but didn’t have the best numbers this year in West Virginia.

Jacob Stallings is technically still a prospect, and he’s out of options. He served as a good third catcher this year, and could maintain that role next year if the Pirates can keep him around. That would either require carrying three catchers on the roster, or risking Stallings going through waivers. That might be difficult, since he’d be a good, cheap backup catching option for a team that doesn’t have depth like the Pirates.

The reason the Pirates needed Diaz to work out is because they didn’t have any other catching options in the system who projected as starters, with the best options being guys who project as backups at best, with an outside shot at gaining enough offense to be a defensive-minded starter.

We saw Cervelli put up a 3+ WAR season in 2015, then follow that with a 1.6 and 1.0 WAR the following seasons. So it shouldn’t be seen as a guarantee that he will repeat his 2018 success in 2019. At the same time, the Pirates shouldn’t try to move him out of fear that he won’t repeat.

The Pirates are going to need value, as any small market team would need. Cervelli at $11.5 M is a value if he can repeat that 3+ WAR performance. They’re unlikely to get someone with a better upside for that price, or the same type of value in return if they were to try and move him.

Likewise, Elias Diaz shouldn’t yet be seen as a guarantee to match his production based on less than 300 plate appearances. The production we saw matches the tools and expectations for him, but that doesn’t mean he’s a guy who you can write in the lineup as the starter for the next five years.

The best approach for the Pirates in 2019 would be to go with Cervelli and Diaz once again. There’s a chance that one of them will see a decline in his production. Perhaps both will see a decline, although I think that’s less probable. Having both guys gives a better shot that the Pirates will have one guy behind the plate who can be an above-average starter.

If both guys work out again, then the Pirates have options. They have Cervelli as a backup plan at first base in the event that Josh Bell doesn’t rebound. Or, the worst case in that scenario would be having one of the top catching duos again, which doesn’t hurt. I think an argument could be made that Cervelli benefits from having Diaz splitting time, thus reducing his workload and keeping him fresh and healthier.

Diaz is the best option for the Pirates in the long-term, and he’s under team control through the 2022 season, with the chance for an extension to keep him around for longer (he’s arbitration eligible for the first time following the 2019 season, so an extension would make sense this year if the Pirates want to gamble, and definitely next year if he repeats his success in 2019).

This should give the Pirates plenty of time to develop or find another catching option for the future, with no urgency for the next few years.