Past, Present, Future: The Pirates Are Set Up Well at Third Base in the Future 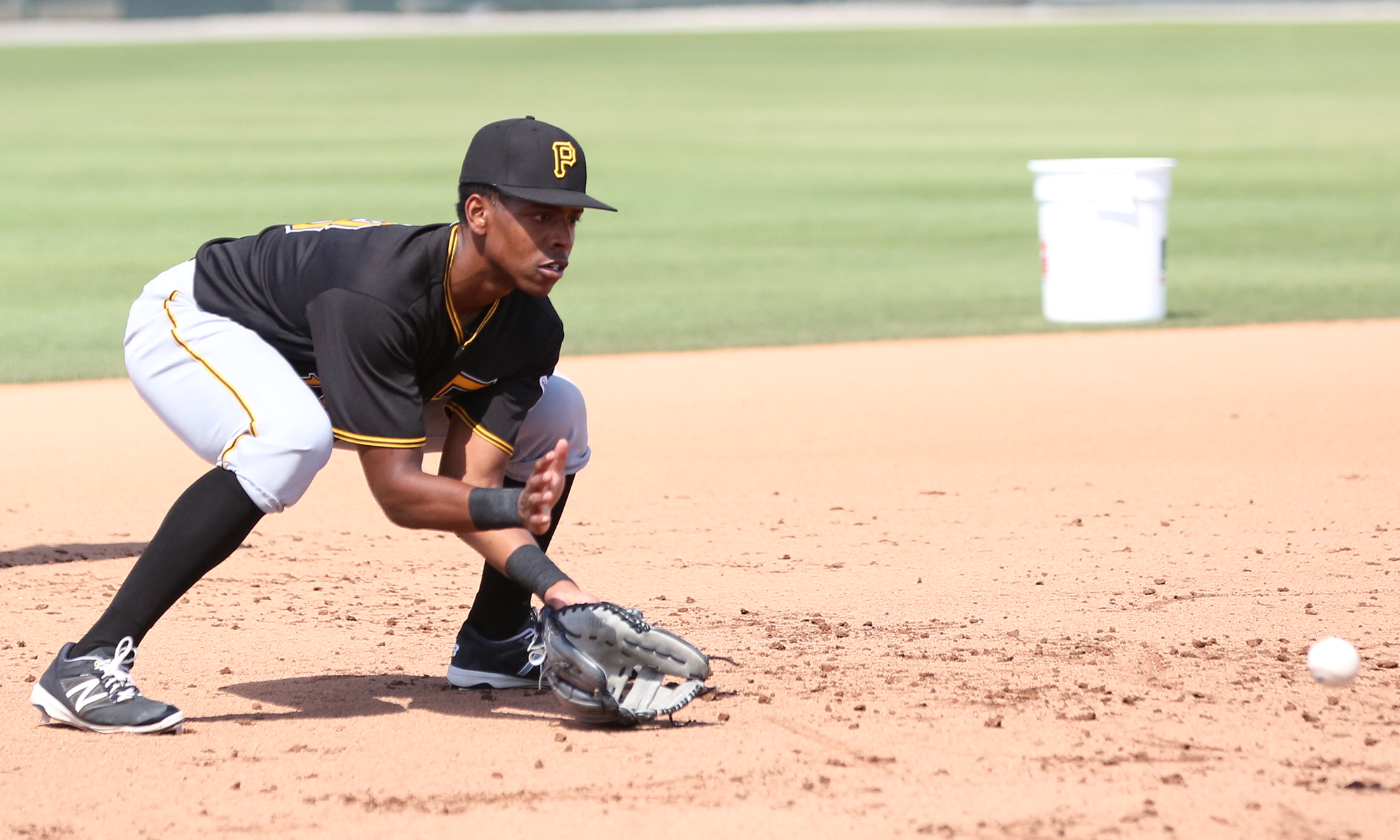 Based on the information we currently have, it seems that the Pirates were aiming to fill their third base need in the Gerrit Cole trade. They acquired third baseman Colin Moran as part of the deal they made with the Astros. Prior to that deal, they reportedly wanted Miguel Andujar and Clint Frazier from the Yankees, with the Yankees refusing to part with Andujar.

In each case they were targeting a third baseman with a lot of power potential. Andujar’s power worked out with the Yankees, but without the ability to turn on the “Force Trade” option, the Pirates weren’t getting him.

Meanwhile, Moran’s power didn’t work out as expected. He hit 11 homers and had a .130 ISO in his first full season, with those totals ranking 6th and 9th among Pirates hitters with at least 250 plate appearances. He hit for a .277 average and a .340 OBP, but the power was needed to drive his value, which ended up leaving him at an 0.7 fWAR.

The Pirates also had David Freese as a third base option, and he performed well, hitting for a .282/.336/.444 line in 265 plate appearances. He had a team option for the 2019 season, but the Pirates were obviously set to move on from him.

They also had Jung Ho Kang, who returned to the team briefly at the end of the season. Kang didn’t show a lot of promise that he can return to his old hitting ways. He put up good numbers in High-A, but looked rusty at the level. He struggled in his time with Indianapolis, then went 2-for-6 with two singles in his brief time with the Pirates. None of the performances provide a large sample size, which means it’s hard to know what to expect from Kang going forward.

That leaves the hopes at third base in 2019 on Moran’s shoulders. There are two potential positive signs if you’re hoping for better performance. The first is that he finished strong, hitting for a .296/.375/.537 line in September. The second is the reminder that this was his first full season, and he’s got a chance to improve going forward.

Neither one of those signs would guarantee that Moran will see better production in the future. They just provide hope that this isn’t the ceiling for him, and provide enough reason to give him another chance at starting in 2019.

If Moran doesn’t work out, the Pirates have a third base option waiting in the wings in Ke’Bryan Hayes. One of the bright spots of the 2018 season in the minors was that Hayes emerged as a top 100 prospect, and in some cases a top 50 prospect.

Hayes hit for a .293/.375/.444 line this year in Altoona, along with seven homers and a .151 ISO. The power was an increase over his numbers in Bradenton, when he hit for an .086 ISO. Power numbers can be down in the Florida State League, but the reason for the low production from Hayes was likely due to weight and muscle loss from a cracked rib at the end of 2016. He added some muscle back prior to the 2018 season, and in turn, added some power to his game.

The power is good to see, because it’s one of the things that Hayes lacked in his game. He’s shown the ability to hit for average and get on base, thanks in large part to his command of the strike zone. This year he struck out just 16.5% of the time, while walking 11.2% of the time. He has also shown the ability to add value on the bases with his speed and smart base running.

On the defensive side, Hayes has no questions. He’s not only the best defensive third baseman in the system, but he’s one of the best defensive third basemen in the minors. There’s no question that he will stick at third base and provide value at the position with his defense alone. The only question is whether his offense will provide value, and he’s continuing to answer more questions about his offense, while projecting for positive value in that part of his game.

The Pirates do have backup plans if Hayes doesn’t work out. Oneil Cruz is probably the best option. He’ll be making the jump to Bradenton next year, and if he shows the same offensive ability that he showed in West Virginia this year, then he could end the 2019 season in Altoona. Cruz is the opposite of Hayes, showing a lot of offensive value, with his questions being on the defensive side. He’s currently playing shortstop, but doesn’t project to stick there. He can handle third base, but if it comes down to him and Hayes, the Pirates would get more overall value from Hayes, with the defensive differences outweighing the offensive differences.

That means Cruz will likely be looking for another position if Hayes works out. The same can be said for any other prospect in the minors with a shot at third base.

Regardless of what happens with Colin Moran in 2019, Ke’Bryan Hayes is the future for the Pirates at third base. Even if Moran finds his power stroke, Hayes would provide more value at third with his defense and projected offense. It would take a massively disappointing performance on offense for Hayes to be in question at third. All he has to do is hit for average and get on base — which plays to some of his strongest skills on offense — in order to be a solid starting third baseman. The addition of power would just propel him to being above-average or better at the spot.

That means Moran would either be looking like a backup option at first base in the event that Josh Bell doesn’t work out, or a trade chip if he does work out, but is replaced with Hayes. It’s also not smart to hand over a full-time starting job to a rookie and expect no issues, which is why it wouldn’t be an issue to have Moran and Hayes on the same team, with Moran playing the David Freese role. Moran is making the league minimum through 2020, and Hayes could arrive in mid-2019, so there’s no rush to part ways with Moran.

The Pirates have Jung Ho Kang under team control with a $5.5 M option in 2019. That might be too much for a guy who has very little playing time in the last two years, and disappointing results in the highest levels and the Dominican Winter League when he has played. If they do bring him back, they’d be taking a gamble that he can return to his old ways on offense. The upside there is a strong backup option for 2019 in the event that Moran doesn’t work out, as Kang wouldn’t factor into the mix beyond 2019.

The Pirates project to be set with Hayes as their long-term third baseman. The good thing is that they have options and backup plans. They still have another shot with Moran before Hayes arrives, and they might even have a backup plan for Moran in 2019 with Kang or one of the younger prospects like Kevin Kramer. If Hayes doesn’t work out, they have Oneil Cruz behind him as an option.

Third base wasn’t a strong position for the 2018 Pirates, but the team looks to be set up well at the spot in the long-term.