2017 Indianapolis: A Look Back at the Top Ten Prospects 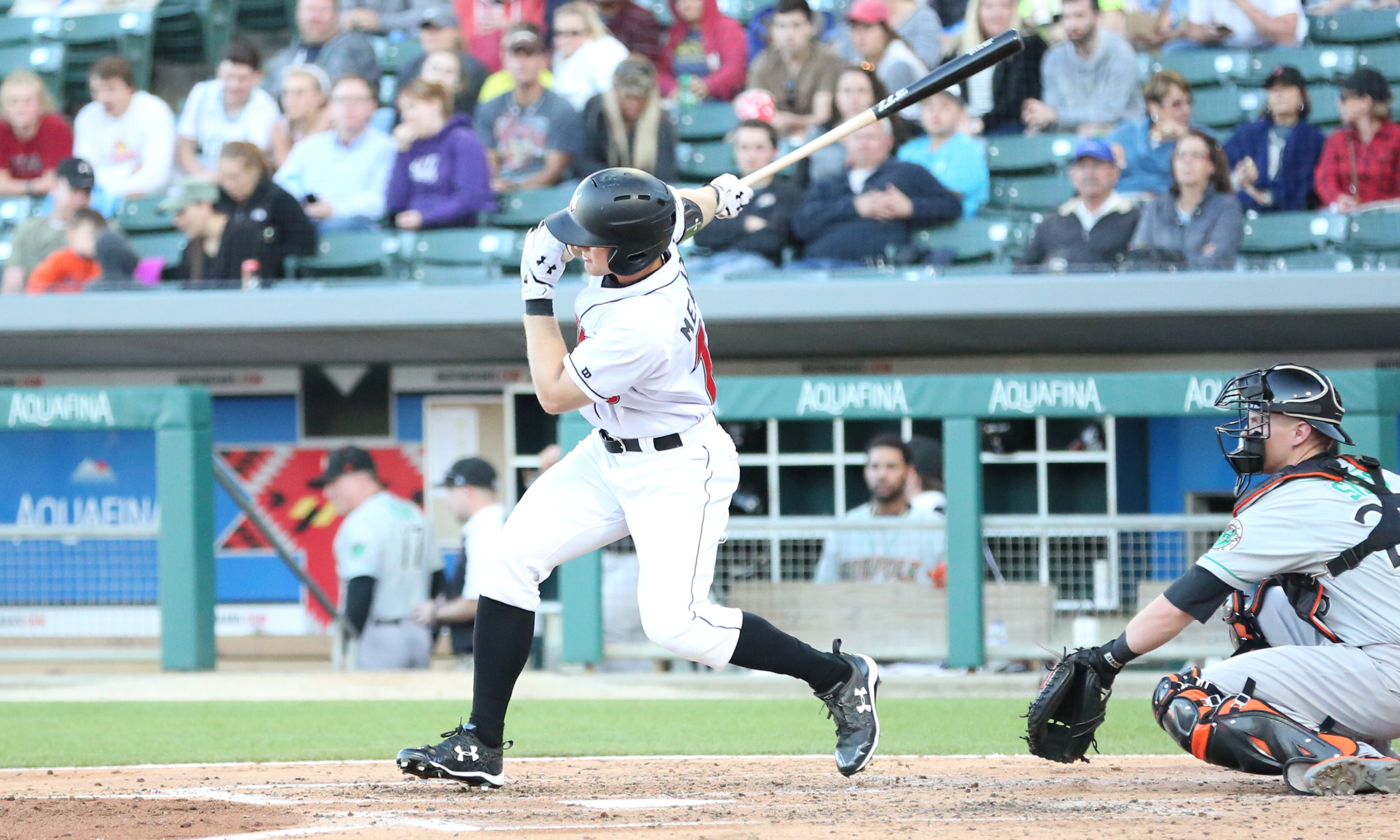 Last year’s club in Indianapolis had a lot of strong prospects in the system and it was deep. Our top ten list wasn’t big enough for all of the players who ranked among our top 50 prospects. Indianapolis is slightly different from the other teams because it always includes players who lost their prospect status during the season. As you will see below, Tyler Glasnow, Steven Brault and Elias Diaz were all eligible for the top ten list, yet none of them were considered prospects anymore at the end of the season due to the playing time they amassed at the Major League level.

1. Austin Meadows, OF – Meadows isn’t in the system anymore, but he put up solid overall results with the Pirates this year. It was a combination of a hot streak to start, followed by an extended cold streak before he was sent down. Including his brief time in the majors with Tampa, he had a .287/.321/.465 slash line in 59 games. Due to some surprisingly poor defense in the majors, he finished with a -0.2 WAR. He will still be 23 years old on Opening Day next year.

2. Tyler Glasnow, RHP – Glasnow was traded away with Meadows to Tampa Bay. While with the Pirates, he was being used in long relief, then switched to a starting pitching role after the trade. The results were mediocre in both roles, with a similar ERA with each team, but a better WHIP and fewer walks with Tampa. He had a better strikeout rate, a much better FIP and a much better home run rate with the Pirates. Glasnow is still far from his projected ceiling while coming up through the minors, but he took a big step in the right direction this year.

3. Kevin Newman, SS – Newman’s stock basically stayed the same because he did what he was projected to do coming up through the minors. The different now is instead of it being a projection like it was last year, this year it’s based off of results. He hit for average, stole bases, played steady defense. That led to him being promoted to the majors in August, where he adjusted slowly to the level, but he still has the upside of a solid contributor at the big league level.

4. Jordan Luplow, OF – Luplow hasn’t changed much since last year, other than having more big league experience now. He projected to be a fourth outfielder at this point last year and that still looks like his upside. His big league hitting has consisted of a low average, while flashing some power. He doesn’t strike out often, so there is definitely room for improvement in the average/OBP departments. He will be 25 years old for the entire 2019 season, which means it’s too soon to give up on him based off of early MLB results.

5. Steven Brault, LHP – Brault has had three partial seasons in the majors and the results have been similar each year. The Pirates used him in the role that he is best suited for this season, giving him long relief, spot starts and mop-up work. That wasn’t his ceiling coming up through the minors, but he isn’t far off from being an average fifth starter.

6. Clay Holmes, RHP – Holmes made his big league debut in 2018 a lot earlier than expected. When Joe Musgrove was injured early in the season, Holmes took his place on the roster. Holmes ended up making just one appearance over two weeks, but he would make four more trips to the big leagues throughout the year and have some highlights mixed in with the lowlights. Holmes had decent results in Indianapolis, with a 3.40 ERA in 95.1 innings, picking up 100 strikeouts, while posting a 2.27 GO/AO ratio.

7. Elias Diaz, C – Diaz got a chance to play somewhat regularly in 2018 and he put up some solid numbers at the plate, to go along with his above average defense. Due to injuries in 2016 and playing behind Francisco Cervelli, it took him a little longer to reach his ceiling, but this year showed the overall package that he could bring to the table.

8. Nick Kingham, RHP – Kingham improved his prospect stock early in 2018 by adding a slider. The 2017 season had some rough points due to his fastball being a very hittable pitch. His curve and changeup were strong pitches last year, but the slider gave him a different look and that led to solid starts for both Indianapolis and Pittsburgh. The season didn’t end well for Kingham, who finished poorly in Indianapolis, while also having some rough outings with the Pirates. He is out of option in 2019. He will likely compete for a starting spot in Spring Training, so the Pirates at least have a long man option who is stretched out.

9. Max Moroff, INF – Moroff has now seen extended Major League time in each of the last two seasons, yet he has never really been given a chance to play. It’s hard to put together something on offense when you’re a young player who has 181 at-bats in 174 days in the majors. The problem this year with Moroff is that when he was sent back to Indianapolis, he didn’t earn his way back to the majors. It’s probably not a good sign that he wasn’t a September call-up.

10. Edgar Santana, RHP – Santana had some bumps in the road last year, then put everything together this season. The problem now is that he just recently had Tommy John surgery, so he will be out for the entire 2019 season. The bright side is that he showed he could be a reliable late inning reliever this season. It’s not a long track record to go on, but the hope for the Pirates is that he can resume that role in 2020.