2017 Altoona: A Look Back at the Top Ten Prospects 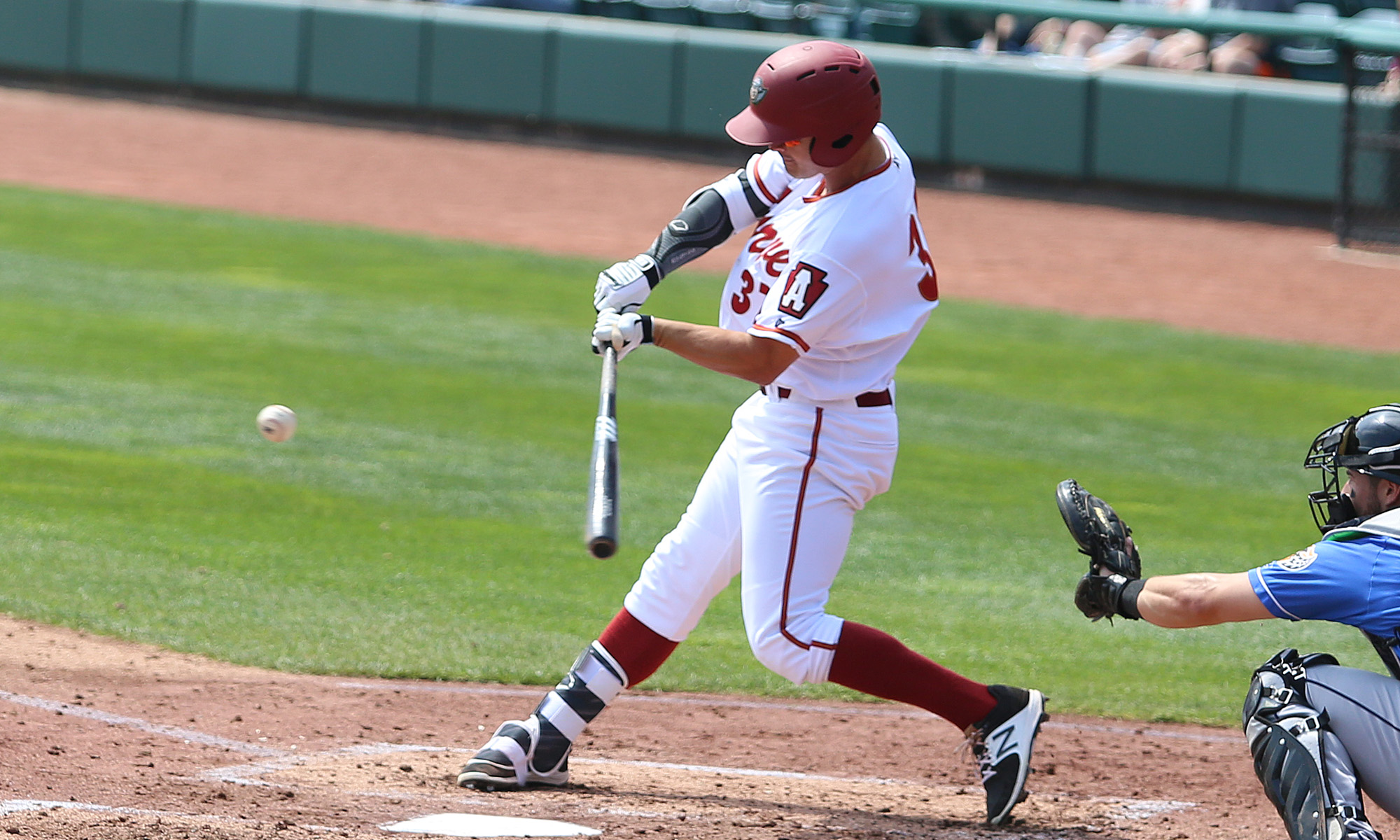 Last year’s club in Altoona was top heavy with solid prospects, then it dropped off after the sixth spot. As you will see below, the top six spots didn’t change much a year later and our “best of the rest” pick in the seventh spot, separated himself from every other player mentioned in the article. We had a section of ten extra notable prospects because it was a deep group of potential future MLB players last year, though we noted that everyone outside of the top six had bench/bullpen upside.

1. Cole Tucker, SS – Tucker is one of two players here who spent the entire 2018 season in Altoona. He got to Double-A during the second half of last year, so it was expected that he would repeat the level. Going into the season, there was a decent chance that he would end up in Indianapolis at some point this year. A slow first half kept that from happening, but he looked solid during the final 2+ months, finishing with a .777 OPS after the All-Star break, piling up stolen bases and playing strong defense. It’s early, but he’s continuing that upward trend in the Arizona Fall League. He should be at Indianapolis to begin 2019.

2. Kevin Newman, SS – Newman was long gone from Altoona when we put the top ten list together, getting promoted to Indianapolis in mid-July. He put up decent numbers at the plate in Indianapolis this year, with an OPS pushed mostly by a .302 average and a lot of doubles. Newman showed improvements in his base running, utilizing his speed better. He also tightened up his defense. That led to an August promotion to the Pirates. He didn’t do well in Pittsburgh, but he should see significant playing time in the majors next year. Newman is still considered a prospect/rookie, falling 40 at-bats short of losing that tag.

3. Kevin Kramer, 2B – Kramer had a terrific season in Indianapolis this year, which got him a promotion to the Pirates in September. He had his share of strikeout issues during his brief MLB trial, though that was semi-expected due to his 127:38 SO/BB ratio in Indianapolis. The hope is that the power (.492 slugging) offsets the lower average/OBP we will see from him in the majors. Kramer is also a solid defensive player with some position versatility and slightly above average speed, so that should help his case.

4. Jordan Luplow, OF – Luplow began 2017 in Altoona, but he finished the year in the majors. It was expected that he would see more time in Pittsburgh this season, but he didn’t lose his prospect status until September. He played well in Indianapolis after a very slow start (511 OPS in April), but the big league results were very similar to his first season. He hasn’t hit for average, but he has shown some power spurts. Luplow will be 25 years old all of next season, so there is still time for him to establish himself as a solid fourth outfielder.

5. Brandon Waddell, LHP – Waddell began 2018 in Altoona, before moving up to Indianapolis after nine outings. He had mixed results in Triple-A, getting hit hard at times, having control issues at other times, and dominating at other points, such as the month of July when he was our Pitcher of the Month. His prospect status has taken a bit of a hit since this point last year, but that’s mostly results based because he still has the same stuff (pitch quality) as he did prior to 2018.

6. JT Brubaker, RHP – Brubaker returned to Altoona at the beginning of 2018 and it was somewhat surprising. He finished strong in 2017 and pitched well in the Arizona Fall League. It didn’t take him long to pitch his way out of Altoona in 2018 and by the end of the season, he was putting up dominating numbers in Indianapolis. His prospect status has improved over the last year, making him a player the Pirates must protect in the Rule 5 draft this winter. We should see him in Pittsburgh at some point in 2019.

7. Pablo Reyes, Util – The report last year on Reyes mentioned that he was trending in the right direction, gaining maturity on the field, which has been an issue in the past. He has always had the tools to be a solid prospect, well back into his DSL days when he was getting a ton of praise for his hand-eye coordination and surprising power from a small player. He went from someone who was a risk to reach his peak of a solid utility bench player to someone who could possibly exceed that ceiling. In a small September sample size, Reyes put up an .832 OPS with the Pirates.

8. Yeudy Garcia, RHP – Garcia got this spot because we saw a return of his velocity late last year in the relief role. That didn’t translate to any success in 2018, as he returned to the Altoona bullpen. His control hasn’t been the same since his breakout season in 2015 with West Virginia, which has prevented him from making any serious progress. Garcia was suspended by the Pirates late this year for a club policy violation and he’s likely going to have a tough time getting a spot in 2019 unless he really looks great in Spring Training.

9. Jerrick Suiter, OF/1B – Suiter had a solid year at Altoona in 2017, showing power for the first time. So it was a bit surprising that the Pirates made him a bench player in 2018 and for much of the season, he was on the disabled list with a phantom injury, waiting for a roster spot to open up. In the past he has shown strong defense at first base, though he has barely played the spot over the last two seasons, so the skills have likely declined. He will be battling for a roster spot in 2019.

10. Edwin Espinal, 1B – Espinal was a minor league free agent at this point last year and he was one of the first players to sign once free agency started. He had mediocre results in Triple-A for the Detroit Tigers, though he was on the disabled list twice, so that may have contributed. The decision to not keep him looked worse a year ago, but that factors in his injuries and ignores the fact that they lost him for nothing and had first base open in Indianapolis this year.