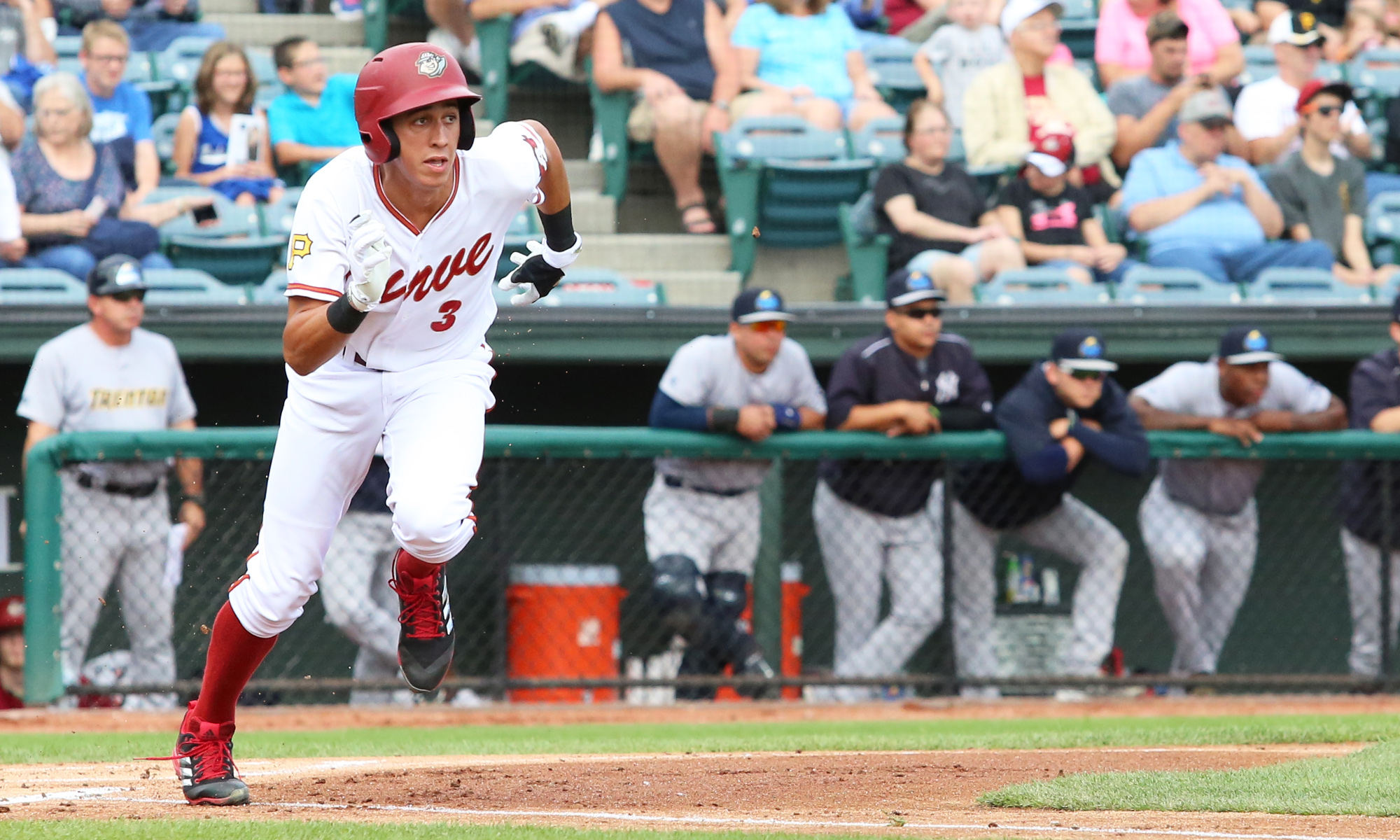 The Altoona Curve opened up their best-of-five first round playoff series in Akron on Wednesday night. Cam Vieaux was on the mound and Akron had a nice boost in their lineup batting second.

The Curve got on the board in the top of the first inning. Cole Tucker started with a walk, then moved to third base on a single from Ke’Bryan Hayes. Tucker scored on a sacrifice fly by Bryan Reynolds. Will Craig walked to put two men on with one out, but Jin-De Jhang hit into a double play on the next pitch.

Things were quiet until the bottom of the third inning. A lead-off double would score two batters later on a single, then Josh Donaldson (yes, the AL MVP), hit a two-run homer to straight away center field. That made it 3-1 Akron.

The RubberDucks added a run in the fifth after the first two batters made outs. Vieaux walked two batters, then a grounder to Ke’Byan Hayes resulted in a rare fielding error for him. That scored the runner from second base. Vieaux got a fly ball from the next batter to end the inning.

The Curve got that run back quickly, as Cole Tucker tripled in the top of the sixth, then scored on a Ke’Bryan Hayes ground out. Blake Weiman replaced Vieaux in the bottom of the sixth and retired the side in order. Vieaux allowed four runs (three earned) on five hits and three walks, with three strikeouts in five innings.

In the seventh, the Curve loaded the bases with two outs on a walk to Jordan George, a single by Christian Kelley, then another walk to Stephen Alemais. That brought up Tucker, who grounded out to second base to end the inning.

Weiman had an easy sixth inning, but he gave up a two line drive singles in the seventh, with a sacrifice bunt in between those hits, which made it a 5-2 game. After Altoona went down in the eighth, Scooter Hightower handled the bottom of the inning to send it to the ninth with the Curve trailing by three runs.

The Curve got two out walks from George and Kelley in the ninth, which brought up Alemais as the tying run. Akron went to Jordan Milbrath to try to record the final out. He was the Rule 5 pick of the Pirates last December, who got cut at the end of Spring Training. On his second pitch, he got Alemais to fly out to medium left field to end the game.

Game two will be tomorrow night at 6:35 PM in Akron. Eduardo Vera will be on the mound for the Curve.