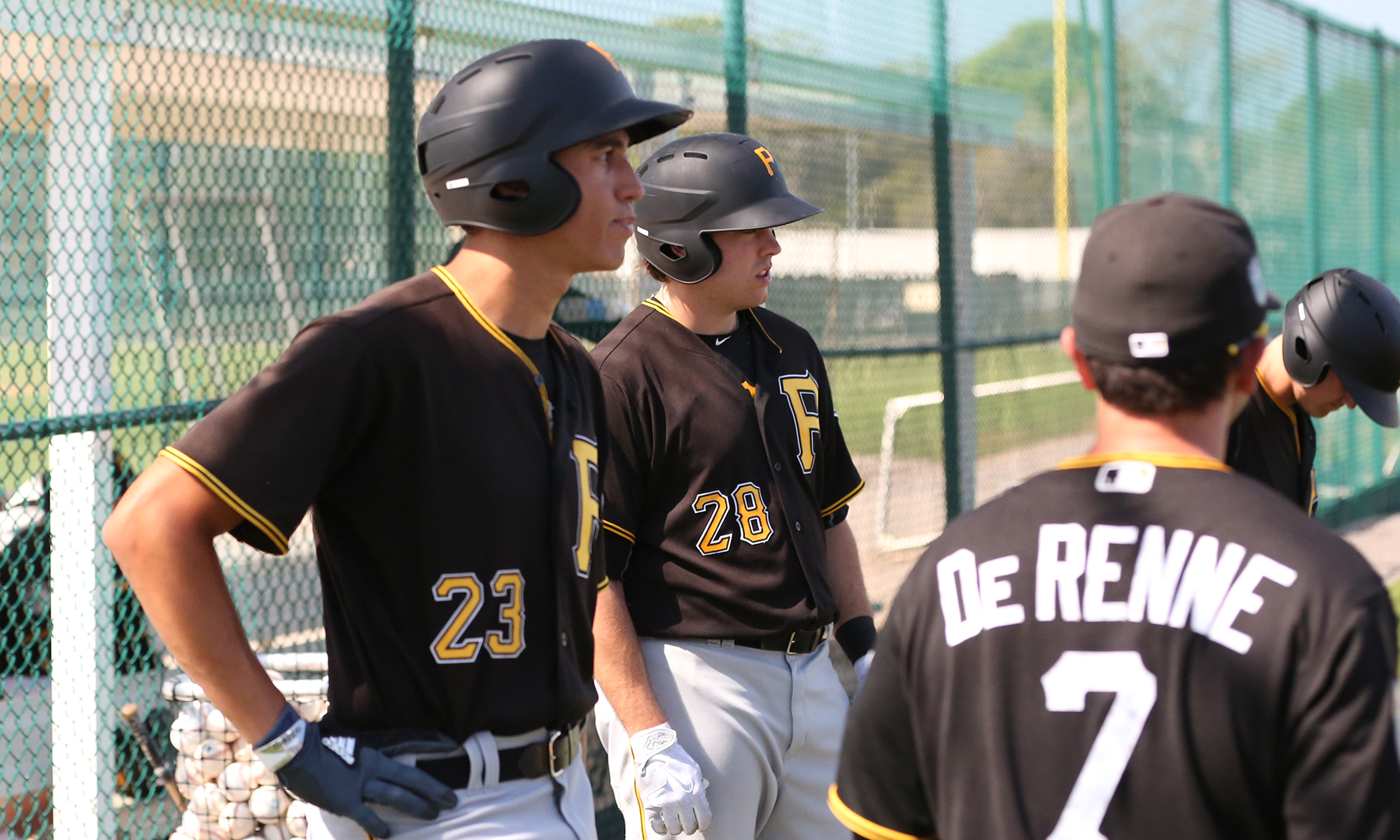 This is the last Morning Report for the year. The Altoona Curve lost their playoff series yesterday, ending the minor league season. Any worthwhile Morning Report topics will be turned into features on the site instead and until the end of the season, the Live Discussion threads will include the game info for the Pirates that you usually find in the schedule section below.

The minor league side is now in off-season mode, though there is no real off-season anymore. Here’s a look at some of the things coming up.

Later today (or it’s possibly up already if you slept in), we will post the GCL season recap. On Monday, that will be followed by the Top Ten prospects list for the GCL Pirates. In the next six weeks, we plan to have Sunday recaps and Monday top tens for the other affiliates. If you missed it, we already posted the DSL recap and top ten. As you may have already noticed with the DSL articles, a lot goes into each one, so that’s why we are releasing them slower this year.

Also on Monday, we will have a new name added to our top 50 prospects list. Jordan Luplow graduated prospect school with his 131st at-bat yesterday and now …. will be added in the 50th spot, with everyone from #13 (Jason Martin) to the current top 50 (James Marvel) moving up one spot. I didn’t forget the new #50’s name, I just didn’t want to ruin the surprise.

Sometime soon, we will start our end of the season articles for the minors. That includes our Breakout Prospect of the Year, the Pitcher of the Year and the Player of the Year.

On a bigger scale, we will have some live coverage from the Fall Instructional League, which is a great place to see a bunch of prospects at the same time. Sometimes the Black & Gold games down there will give you a chance to see upwards of 40 players in an afternoon. The begins in about a week for some players, although others are on their way down to Pirate City today. The players are headed down there in two groups, one for players just going through workouts and the others for players who will take part in games.

After that is the Arizona Fall League, which is sure to be interesting this season. I found a photo of Cole Tucker and Will Craig together for the top picture today (I believe it’s from last spring). They are just two of the eight players headed to the AFL this season for the Pirates. They are also sending Bryan Reynolds, Arden Pabst, Dario Agrazal, Matt Eckelman, Blake Weiman and Geoff Hartlieb.

We may do some live discussion posts from there if there is interest, especially on days where you get 3-4 batters in the lineup and a pitcher or two out of the bullpen. I assume Agrazal will be a starter, so those might be good days for it as well. The first AFL game is October 9th.

We also have winter coverage and that’s an article that comes out about five times a week, depending on the amount/quality of players in winter ball and how much filler there is for each article. From early October to early February, we usually get about 70-80 total winter articles. The first winter ball article will be coming out in a few days with some news about a few of the top 50 prospects in the system. Last year, the almost daily articles started up on October 11th, so expect them around that time.

Then there is all of the usual off-season fun, Pirates season recap by positions, Rule 5, free agency, etc., but we will have an article that covers that after the Major League season ends. Hope you enjoyed the 158 Morning Reports this season.

Today’s Starter and Notes: The Pittsburgh Pirates won 5-1 over the Miami Marlins on Saturday afternoon. Trevor Williams will get the start today, coming off of his outing on August 29th in which he threw six shutout innings against the St Louis Cardinals, then followed it up with 6.2 shutout innings five days later against the Cincinnati Reds. The Marlins will counter with right-hander Jeff Brigham, who has a 9.00 ERA in 3.0 innings, with two strikeouts and a 2.67 WHIP. He made his MLB debut a week ago today against the Toronto Blue Jays and allowed three runs in three innings.  (UPDATE: Game has been postponed until October 1st. They won’t end up playing it, but you can’t cancel a game for a team still mathematically in the playoff chase. Expect it to be canceled after the Pirates are officially eliminated)

The Pirates are in fourth place in their division, trailing by 12.5 games with 20 games left on the schedule. They trail the second wild card team by eight games (does not include late results).

The minor league season is over.

Also, Jordan George makes a catch right near the wall after the grand slam.

Eight former Pittsburgh Pirates players born on this date, though one of them was much more important to the team than the others. One of the players born on this date was Hall of Fame pitcher Waite Hoyt, who played five seasons in Pittsburgh. He went 35-31, 3.08 in 616.1 innings with the Pirates, winning 15 games during the 1934 season. In his career, he won 237 games. We also have a manager, who is a Hall of Fame player. Frankie Frisch led the Pirates to a 539-528 record from 1940 until 1947. He had five winning seasons in Pittsburgh, topping out at 90 wins in 1944.

Other players born on this date include 1887-88 outfielder Abner Dalrymple, who was the first batter after the team made the switch to the National League in 1887. Doc Johnston, 1915-16 first baseman. He hit .243 and drove in 103 runs in 261 games with the Pirates. Pete Naton, 1953 catcher, whose entire big league career consisted of six games with the Pirates after graduating from Holy Cross in 1953.

The best player born on this date just happened to be born in the same hometown and in the same year as John Dreker, just blocks away. At one time, they even lived on the same street. That John Dreker would be my great-grandfather, though my first house was also two blocks away from the Miller residence in Kearny, NJ, which was still in their family until 2009. That proximity is likely the main reason we ended up with six relatives in common.

Dots Miller was the second baseman for the 1909 World Series champs, where he was the double play partner of the great Honus Wagner. Miller played 151 games that season, posting a .725 OPS, while leading all NL second baseman in fielding percentage and assists. He finished third in doubles, fourth in triples and fifth with 222 total bases. He even drove in the third most runs in the league, finishing with 87 RBIs. In five seasons in Pittsburgh during the deadball era, he had a .704 OPS in 710 games

You can read his full bio here, which is includes an updated story on how he got his nickname. You can check out the 1909 uniform he wore during that World Series, which is owned by yours truly. Here’s the link.