Morning Report: The Best from Morgantown this Season 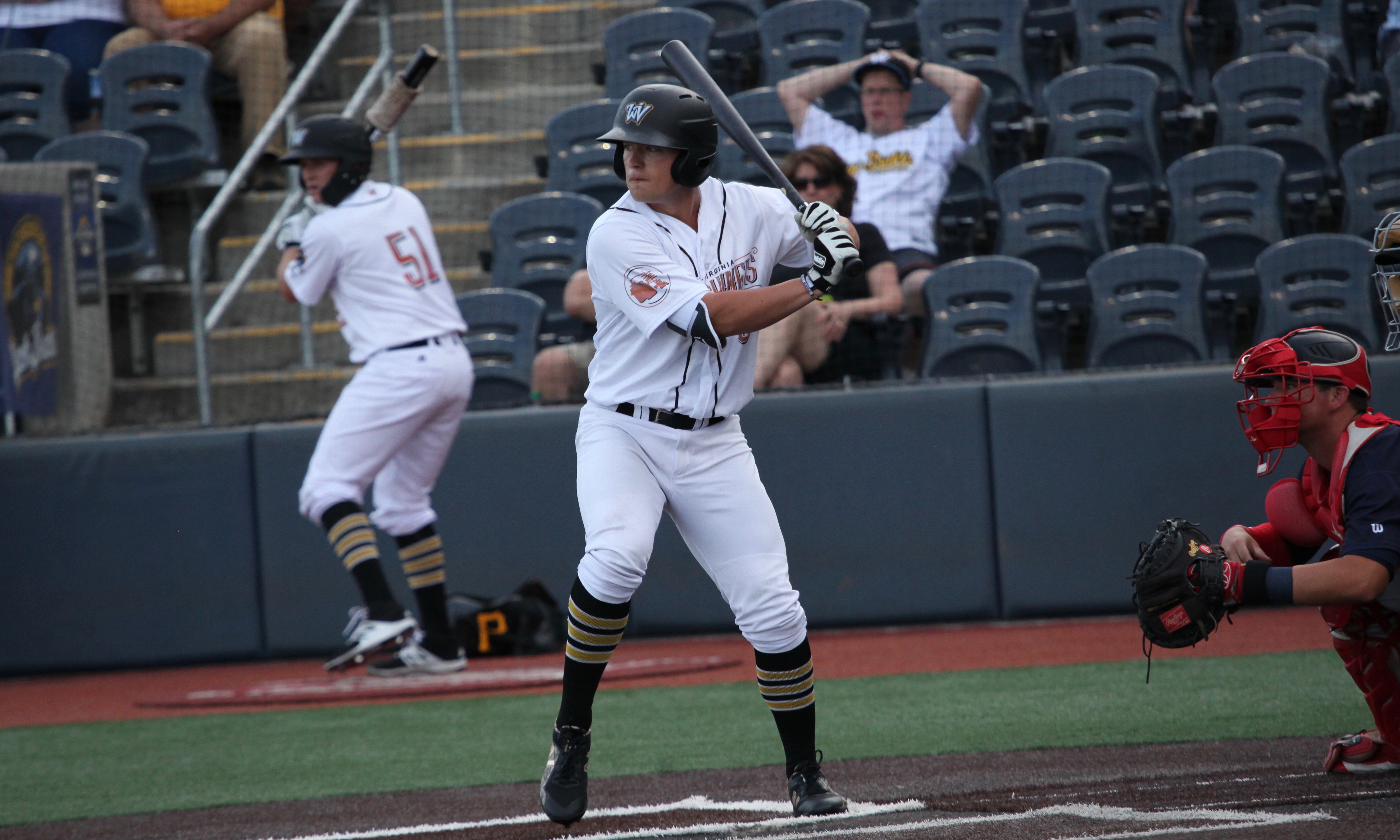 We continue with our “best of” series today by taking a look at the best hitter, best pitcher, biggest surprise and biggest disappointments from Morgantown. We looked at three teams last week which are linked below. We also started rolling out our season recaps and top ten lists with the DSL this weekend. We will have two separate recap/top ten articles for each of the other seven affiliates in the coming weeks.

Just to note with these picks below for the best hitter/pitcher, it’s not about prospect status, it’s strictly stat-based. The prospect talk is saved for the upcoming recap and top ten lists. Here are the previous “best of” lists.

Best Hitter: Travis Swaggerty was the best hitter while he was there, but he wasn’t with Morgantown long enough to be considered the best for the year. In a close race between Brett Kinneman (pictured above) and Edison Lantigua, I went with Kinneman. Going into the last day today, he is hitting .253/.344/.413 in the pitcher-friendly NYPL. His slugging is 17th best in the league, thanks in part to his 24 extra-base hits. He’s also driven in 44 runs in 60 games. The strikeouts are a bit concerning, but that will be addressed in the prospect articles.

Best Pitcher: Nicholas Economos had the third most innings on the team despite being a reliever for most of the season. When he was moved to the starting rotation, he dominated. That led to a 2.52 ERA in 53.2 innings, with 58 strikeouts and a 1.19 WHIP. It also led to him being promoted to West Virginia last week.

Biggest Surprise: The performance of Francis Del Orbe, who was in the DSL last year and didn’t really  get strong scouting reports. In fact, this entire spring, I didn’t hear anything about him that was different from last year. Yet somehow he skipped over two levels and posted a 3.59 ERA in 47.2 innings, with 48 strikeouts and a 1.17 WHIP. I’ll note that I watched him pitch 3-4 times this year and really didn’t see anything special, but it’s an impressive accomplishment to skip over two levels in your second year of pro ball and put up strong numbers.

Biggest Disappointment: Morgantown was full of early draft picks to start the season and by the end, only a few remained. Swaggerty and Connor Kaiser were both promoted, taking away the top two players. Aaron Shortridge and Michael Flynn were both shut down early, taking away the two highest drafted pitchers. Logan Stoelke also got promoted, leaving them with starter Zach Spears (8th round), who was on a limited pitch count most of the time, as the only top ten round pitcher. They also had tenth round pick Mike Gretler, and the aforementioned Brett Kinneman, plus fifth round pick Grant Koch, who really struggled at the plate.

The Pirates are in fourth place in their division, trailing by 15.5 games with 25 games left on the schedule. They trail the second wild card team by ten games.

Indianapolis was eliminated from the playoffs yesterday.

Bradenton’s season is over.

West Virginia has one game left. They need either a win or a Kannapolis loss to make the playoffs today.

Today’s Starter and Notes: The Pittsburgh Pirates lost 5-1 to the Atlanta Braves on Sunday evening. The Pirates now travel home for three against the Cincinnati Reds. Trevor Williams will get the start, coming off of his outing on August 29th in which he threw six shutout innings against the St Louis Cardinals. The Reds will counter with right-hander Matt Harvey, who has a 4.97 ERA in 126.2 innings, with 101 strikeouts and a 1.33 WHIP. He has allowed 12 earned runs over 14.2 innings against the Pirates this season.

The minor league schedule includes the last four teams still playing on the final day of the minor league regular season. Tyler Eppler gets the start for Indianapolis after they were eliminated from the playoff race yesterday. He had a 4.50 ERA in 34 innings last month. West Virginia’s Sergio Cubilete threw six shutout innings in his last start, despite walking five batters. For their final game, Morgantown will go with Alex Manasa, who was their Opening Day starter. He has given up seven runs on 16 hits in nine innings against Mahoning Valley (today’s opponent) in their last two meetings combined. The seasons have ended for Bradenton, Bristol, the GCL and DSL Pirates.

From Indianapolis and Altoona, the two outfield prospects acquired this past off-season. First up, Jason Martin showing off the speed

Five former Pittsburgh Pirates players born on this date, plus a game from the past with ties to a current minor league city and one of the best pitchers ever.

Dave Clark, outfielder from 1992 until 1996. Had an .801 OPS in 388 games with the Pirates, splitting his time between the two corner outfield positions.

Ed Konetchy, 1914 first baseman. Pirates owner Barney Dreyfuss had a man-crush on Konetchy and tried multiple times to acquire him before giving up way too much to get him in December 1913, sending Dots Miller and Chief Wilson to the Cardinals as part of the five-player package. Konetchy rewarded Dreyfuss by having one poor season, then jumping to the Federal League.

Harry Decker, 1890 Alleghenys. Playing for the worst team in franchise history, Decker had the highest batting average (.274) and he hit five homers, which account for all of the homers he hit in his four-year MLB career.

On this date in 1890, the Pittsburgh Alleghenys took on the Cleveland Spiders in an exhibition game played in front of 2,000 fans in Altoona….except it may not have actually been an exhibition game and history could be wrong. If you love baseball history, check out this link now, which includes tons of research I did about this game and one other during the 1890 season.

Both teams were scheduled to meet the next day in Pittsburgh, but the exhibition game was put on the schedule so the teams could make extra money during the season. The Spiders won that day by a 10-6 score behind the pitching of a 23-year-old rookie named Cy Young, who had four career wins at the time. The Alleghenys made ten errors, including two by catcher Harry Decker, who you may remember from the last player you just read about before this recap. He also picked up two hits on his 26th birthday. The day after this “exhibition game”, the Alleghenys beat the Spiders 6-2 to snap a 23-game losing streak….yes, 23 games.