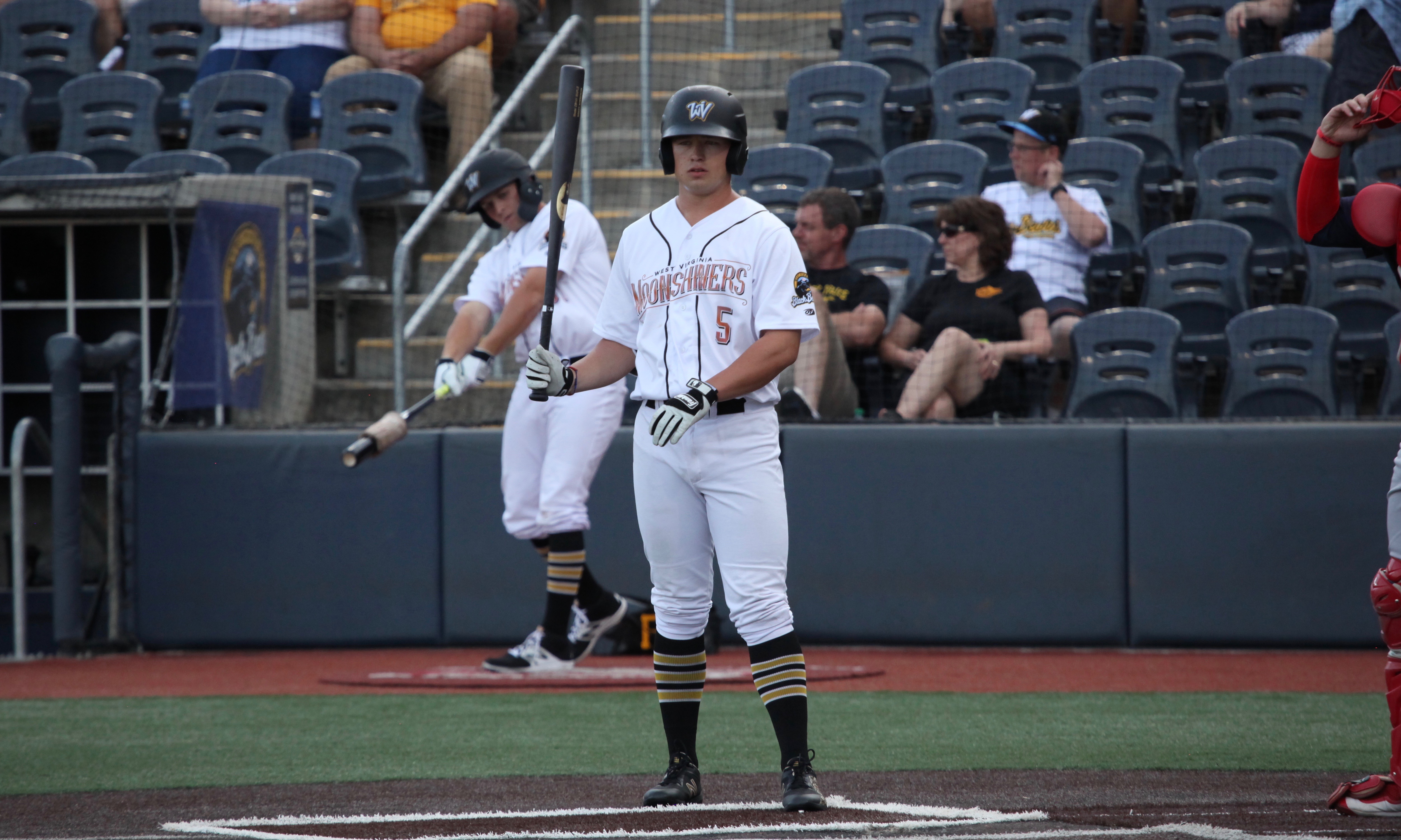 The Pittsburgh Pirates sent a large group of draft picks to Morgantown this year, with many of them being taken in the early rounds. In fact, they had nine players drafted in the first ten round this year. That made it seem like it would be a very interesting season to follow the Black Bears, but between players being promoted to West Virginia and two pitching prospect being shut down early in the year, the team lost some luster along the way.

The team had a poor record and was eliminated from the playoffs with two weeks left in the schedule. They ended up finishing the year on a 14-9 run, and most of that was after promoting first round pick Travis Swaggerty and third round pick Connor Kaiser.

Morgantown used a lot of players this season in their 76 games, with 49 different players suiting up, including three rehab players. Part of that was due to promotions to West Virginia. A total of 11 players were promoted during the season. There were also some injuries that required replacements. Below you will find a brief recap on all of the players of note. Tomorrow we will post the top ten prospects list.

We start at the top with first round pick Travis Swaggerty. He was with the team until the All-Star break, officially receiving his promotion to West Virginia while at the NYPL All-Star game. Swaggerty played well during his time in Morgantown, hitting .288/.365/.453 in 36 games, with four homers and nine stolen bases. He did not perform well at West Virginia, posting a .129 average and a .451 OPS. Swaggerty showed off all of the tools that got him drafted tenth overall this year, including a total of seven outfield assists in 52 game in center field.

Third round pick Connor Kaiser had the opposite results of Swaggerty. Kaiser put up a .563 OPS with Morgantown in 31 games, then saw it jump to .719 in 16 games with West Virginia. He played solid defense at shortstop with just one error in 44 games, and he went 7-for-9 in stolen bases.

Sticking with the players on offense, catcher Grant Koch was the fifth round pick this year and he got a late start because his team was in the College World Series. Once he did start playing, he was in the lineup often for a catcher, posting a .188/.304/.263 slash line in 40 games. On defense, he didn’t make any errors, while his caught stealing rate was 28%. He was considered a decent defensive catcher in college, but not all of the reports on his catching skills in the pros were positive.

Outfielder Brett Kinneman (pictured above) was considered a potential gem in the seventh round, as some rated him much higher. Others had strikeout concerns and they showed up in the pros with 74 strikeouts in 262 plate appearances. He also posted a .757 OPS in 60 games, which put him among the top 20 hitters in the pitcher-friendly league. Kinneman showed power with 24 extra-base hits and patience with 30 walks.

Tenth round pick Mike Gretler had a solid debut with a .768 OPS in 45 games. Gretler got a late start because his team was going up against Grant Koch and Arkansas in the College World Series. Gretler was drafted by the Pirates in 2017, but decided to go back to school for his senior year. So he was older than the average college pick (turns 23 on New Year’s day). He’s a third baseman, but the Pirates put him behind the plate twice, and he also played two games at both second base and shortstop.

Shortstop Zack Kone was the final player to sign in this draft class, inking his deal right before the signing deadline. When Connor Kaiser moved up to Low-A, Kone started to play regularly at shortstop for Morgantown. He started off slow and finished strong, ending up with a .250/.332/.341 slash line in 44 games.

One round after the Pirates took Kone in the 13th round, they chose outfielder Daniel Amaral, who showed off some speed on the bases and covered ground on defense. He is the son of long-time Major Leaguer Rich Amaral. Daniel posted a .712 OPS and stole 25 bases in 31 attempts. He received regular playing time, falling behind only Brett Kinneman in plate appearances.

First baseman Luke Mangieri was drafted in the 25th round and saw regular starts until he moved up to West Virginia at the same time as Swaggerty and Kaiser. Mangieri had a .683 OPS in Morgantown and a .462 OPS with West Virginia. He showed some nice athleticism for a first baseman, including his 9-for-11 in stolen base attempts.

As for players who weren’t drafted, outfielder Edison Lantigua was the only one to see consistent playing time. He ended up with a .770 OPS in 53 games, which was the highest for all Morgantown players who qualified for league leaders. His season was highlighted by hitting for the cycle during the final week.

As for others of note, infielder Raul Siri ended up in Bradenton by the end of the season and hit well there. Jhoan Herrera showed some power early before tailing off. He was hitting well in Extended Spring Training. Robbie Glendinning posted a .733 OPS before moving up to West Virginia. Fabricio Macias was sent down from West Virginia when the three draft picks went up at the same time. He had just put up big numbers the previous week and his success carried over to Morgantown, where he hit .325/.373/.429 in 19 games.

On the pitching side, we start back with the draft picks and both fourth round pick Aaron Shortridge and sixth round pick Michael Flynn saw their time limited on the mound. Shortridge pitched well in his eight starts before being shut down due to soreness. Flynn made just five starts before he was shut down. While he had a nice strikeout rate, he also had a 5.94 ERA and limited innings due to high pitch counts.

Eighth round pick Zach Spears had limited pitch counts at first and ran into trouble in many of his 12 starts. That led to a 6.07 ERA and a 1.72 WHIP in 43.1 innings. Ninth round pick Logan Stoelke pitched outstanding in relief, posting a 1.77 ERA in 20.1 innings over 17 appearances, with 31 strikeouts. That earned him a late promotion to West Virginia, where he had three scoreless outings.

Conner Loeprich (20th round) and Cam Alldred (24th round) were both late picks, who pitched outstanding. Alldred made the All-Star team and received a late promotion to West Virginia. He had a 1.63 ERA and an 0.90 WHIP, with 30 strikeouts in 27.2 innings. Loeprich had a 2.83 ERA and a 1.12 WHIP in 28.2 innings, with 31 strikeouts. Will Gardner (21st round) put up strong results with Bristol to begin the season and solid stats with Morgantown to end the year.

The two leaders in innings pitched weren’t draft picks this year. Alex Manasa led the league with 80.1 innings. Osvaldo Bido wasn’t far behind with 75.1 innings. Neither player put up great stats, but Bido showed a lot of promise with the pitching arsenal he possesses, led by a mid-90s fastball and vastly improved control. Manasa’s biggest issue was the low strikeout rate, picking up 46 in his 80.1 innings. We got reports that he gave up a lot of hard contact during Extended Spring Training, so he did pitch better than we expected when the season started.

Shea Murray and John Pomeroy both returned from elbow surgeries last year. Each of them had control issues, which wasn’t anything new for either of them. They both also finished strong. Murray was having trouble throwing any strikes and then he took some time off to work on the side. He ended with four shutout appearances and he gave up just three hits (.130 BAA) during his limited work this season. Pomeroy was promoted to West Virginia. At one point, he had 12 straight appearances without an earned run. Pomeroy was hitting 98 MPH this season. We didn’t get any readings on Murray, but he has hit 99 MPH in the past.

The final signing of the year was Nick Mears, a non-drafted free agent. He came to Morgantown with just a week left and made three shutout appearances, striking out eight batters in four innings.