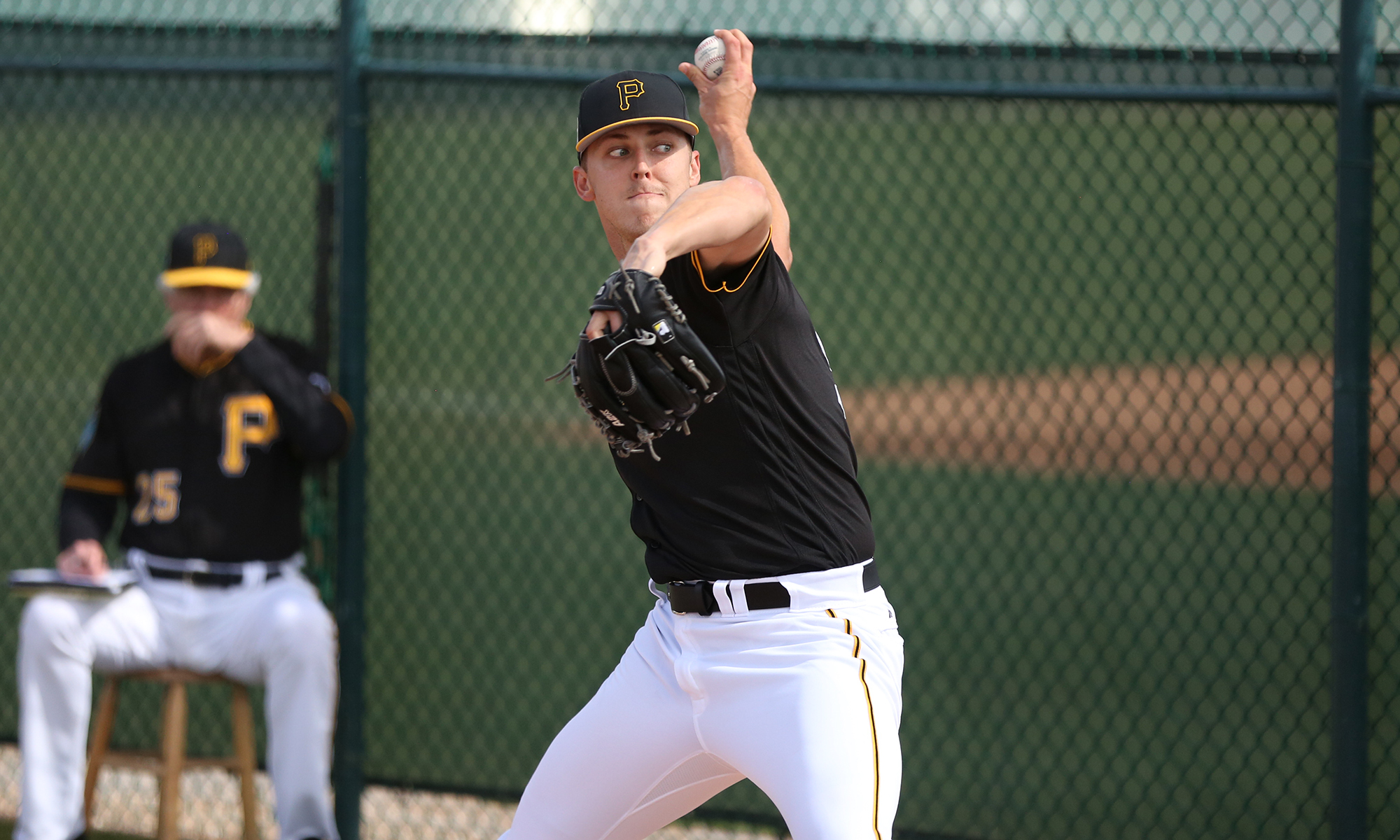 On May 27th, Jameson Taillon made an important adjustment to his pitching approach.

The Pirates have long been an organization that leaned heavily on the fastball — whether that is the four-seam or sinker — throwing the pitch 60-70% of the time. That, plus a decent usage of the changeup, left about 20-25% usage for breaking pitches. This approach hasn’t matched the latest industry trends, where pitchers who use the fastball less and their best breaking pitches more often are having success.

Taillon was no exception to this trend. From the start of the season until May 22nd, he was using his fastball a combined 67.5% of the time on average, using the four-seamer 39.3% of the time, and the sinker 28.2% of the time. His curveball, which had long been his out pitch, was being used 22.9% of the time.

In that May 22nd start, Taillon debuted a slider, and threw the pitch 5.5% of the time. What happened next was almost unheard of — Taillon completely changed his approach to pitching, revolving that approach around a brand new pitch, all in the middle of the season.

His curveball usage has gone down slightly in this time, but is still there at 18.5%. But the slider usage has been at 24.8%, and sometimes going up into the 30% range, making it his second most used pitch.

There have been 53 pitchers with 100 innings since that May 27th start. Taillon’s ERA ranks 12th among those pitchers. His FIP ranks 12th, and his xFIP ranks 14th.

The interesting thing about all of this is that the slider isn’t completely dominant. The pitch has a .710 OPS against, ranking third in his arsenal this year. But you could argue that the new approach has improved all of his pitches. Let’s go back to the middle of a tweet thread I had in May about throwing your best pitch, specifically relating to Taillon:

At that time, Taillon had a .602 OPS with his four-seam, .751 with the sinker, .455 with the curve, and .900 with the changeup. He was a few starts away from introducing the slider and changing his approach — not in the way I suggested, but obviously in a way that worked.

It makes sense that his sinker would improve with the addition and heavy usage of a slider. Those two pitches complement each other. When thrown correctly, they both come in looking like the same fastball, with the sinker breaking one direction, and the slider breaking the exact opposite direction.

The other interesting thing is that Taillon’s changeup usage has really gone down. He was throwing the pitch 8.8% of the time through May 22nd, and it was his worst pitch. He has since dropped the usage to 3.3% of the time, and dropping the usage of your worst pitch, regardless of the pitch, isn’t a bad idea.

Taillon has had problems developing the changeup. He switched to a two-seam grip last year after the addition of his sinker, trying to match the changeup grip with the fastball grip. He switched back to the four-seam grip when that didn’t work. And now it appears he’s moving away from the pitch, only using it a few times a game, and relying on his other four pitches. His changeup development was important when he was a fastball/curveball guy only. Since arriving in the majors, he has increased the usage of his sinker and added the slider, which puts less need on the change, especially when it isn’t working.

As a side note, the irony with the slider and the sinker is that Taillon added both pitches in the middle of a season, then quickly relied on them as main pitches. In 2016 he added a sinker in late May, and started using that as his primary fastball a few starts later when he arrived in the majors, seeing better movement at the time than he saw with his four-seam. Two years later he did the same thing with the slider. So this isn’t the first time he’s completely reworked his pitching approach in the middle of the season. And I wouldn’t be surprised if he makes additional changes going forward.

Taillon added a slider and started throwing his fastballs less often, which is going to be the main focus when people look at his season and the results. But what I find most interesting is how this adjustment led to his sinker becoming one of his best pitches. And when you look at the relationship between the sinker and slider, that makes sense.

If this adjustment is lasting, then the Pirates have their top of the rotation starter to lead this group for the future. And that’s a good thing, since there was a fear that if Taillon didn’t make an adjustment, the Pirates would end up wasting him and getting less than his upside, just like what happened with Cole. Fortunately, it doesn’t look like that will happen.