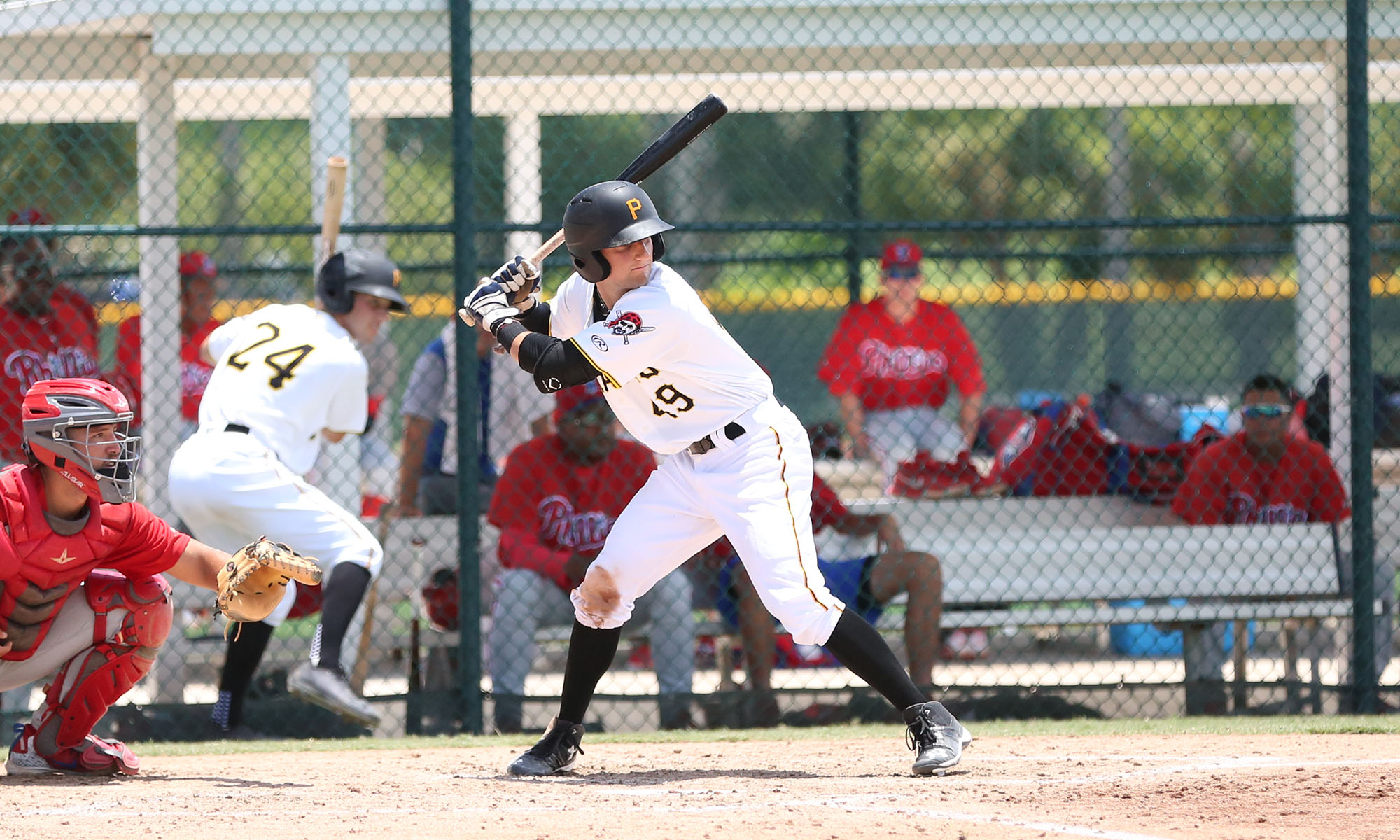 The Pittsburgh Pirates selected 18-year-old outfielder Jack Herman in the 30th round of this year’s draft out of Eastern High School in New Jersey. Despite being picked late, he was one of the best hitters in the Gulf Coast League this season, giving the Pirates a possible late round gem in the 2018 draft.

Herman put up huge numbers on offense as a sophomore in 2016, but flew under the radar this season because of a tough junior year. A shoulder injury in early April, caused him to miss six weeks of action in 2017, which is half of the baseball season in New Jersey. As a cold weather state, the players in NJ get a later jump on the year, while players from places like Florida, Texas and California, already have in two months of action by then. When he returned from his injury, he wasn’t seeing the same results.

Herman worked hard during the off-season and put up big numbers in his senior year, yet he was still available when the Pirates selected him in the 30th round. He had a .556 average and a 1.683 OPS this year. Baseball America had him rated sixth in the state, but not among their top 500 draft prospects. The Pittsburgh Pirates however, had a lot of interest in him.

Not only were the Pirates showing the most interest in him, they were in constant contact with him throughout the entire draft. He had talked to them prior to the start of the draft a few times. So he knew the interest was there, and despite waiting until the 30th round, things seemed certain to happen between Herman and the Pirates.

“They called me all three days of the draft, talking to me and my agent about picking me and the money aspect,” Herman said. “Then they called me right before they picked me to let me know I was going to be picked in the 30th round. It was really a dream come true.”

Herman signed a short time after the draft ended and was sent to Pirate City, where he would play in the Gulf Coast League. That’s where the Pirates send all of their high school draft picks during their first season of pro ball. He made his debut exactly one week after he signed and picked up his first hit and a walk that day. It was a sign of things to come. Herman picked up hits in each of his first six games and reached base safely in his first eight games.

Even the first game that Herman failed to reach base safely (hit, walks or HBP), he managed to reach on an error and score a run. Then he reached base safely in each of his next eight games. Herman had five games all season in which he didn’t reach safely, and he scored a run in one of those games and picked up an RBI in another. He was an on base machine, who provided production in the middle of the lineup.

That consistency helped him finish with a .340/.435/.489 slash line in 37 games, with nine doubles, three triples, two homers and 23 walks. He finished third in the league in batting average, second in OBP and fifth in OPS. It’s important to remember that the GCL is a very pitcher-friendly league. Those stats certainly don’t need any help to make them look good, but they are better than they appear.

With strong hitting that lasted from the start of the season until the end, you would think that Herman had no trouble with the pitching in the league, but there was a period of adjustment. He was consistently facing pitchers that were better than most of the ones he saw in high school. The velocity was better and the breaking balls were sharper, but he handled the differences well.

“A big adjustment I had to make was the better off-speed pitches,” Herman said. “The velocities were easier to adjust to, I adjusted to them within a week or two. The speed of the game is definitely different here so I had to learn how to slow the game down and take it one pitch at a time.”

Besides the hitting adjustment, Herman was playing an unfamiliar position at times. He was used to being the center fielder in high school. He had played some right field as a freshman back in 2015, but didn’t play there again until this year in the GCL. Herman played 15 games as a pro in center field and another 23 in right field. He went the entire season without an error, handling at 72 total chances. That makes it sound like he took to  right field right away, but there were some problems with the reads off of the bat and help was there for him.

” At first [being in right field] was not comfortable because the reads are a little different than center and I felt it was harder to get a good jump on a fly ball,” Herman said. “I sat down with our hitting and outfield coach Kory DeHaan and we talked about how to get better reads and all of that. He worked with me in individual defense and I also worked on getting good jumps on balls in batting practice. From working on that all season, right field feels almost natural to me now.”

It wasn’t just the adjustments to the pitchers and a new spot on defense that he handled well, it was also the grind of playing almost every day. The GCL games are played at noon in the summer in Florida. When it’s not 90+ degrees and sunny, you get the afternoon rain storms passing through, which brings humidity. Those who have been around the league like to refer to it as the Gulf Roast League due to those playing conditions. Herman just took it as part of the learning experience in pro ball.

“I feel like my first season went really well,” He said. “I learned a lot about myself and a lot about the commitment of having baseball as a job. The GCL was tiring because I wasn’t used to the everyday grind, but it taught me a lot about how to push through and put everything into every rep and detail even when I’m not feeling 100%. I feel like after this season ended, I had a good grasp of what it means to be a pro thanks to our coaches. It was a great learning experience to start off my pro career.”

After a two week break following the conclusion of the GCL season, Herman is now back at Pirate City for the Fall Instructional League. His trip there is just 12 days total, as he is part of the group that goes there for off-the-field training and workouts, with no game action. Once that is over, he will have a plan set forth for him to train over the off-season. Those plans are specialized for each individual player. He may also go back to Pirate City before the spring as part of a winter mini-camp.

When Herman comes back for Spring Training, he will try to prove that he’s ready to make the jump to full-season ball. The Pirates gave that push to West Virginia to four young players this season and that group had mixed results. Herman certainly did as much as you could ask during his rookie season in pro ball, so we will find out in the spring if the Pirates have confidence in him being able to handle that aggressive push in 2019. If not, he will be on the more often used path for prep players that brings him through Bristol first before he goes to full-season ball.