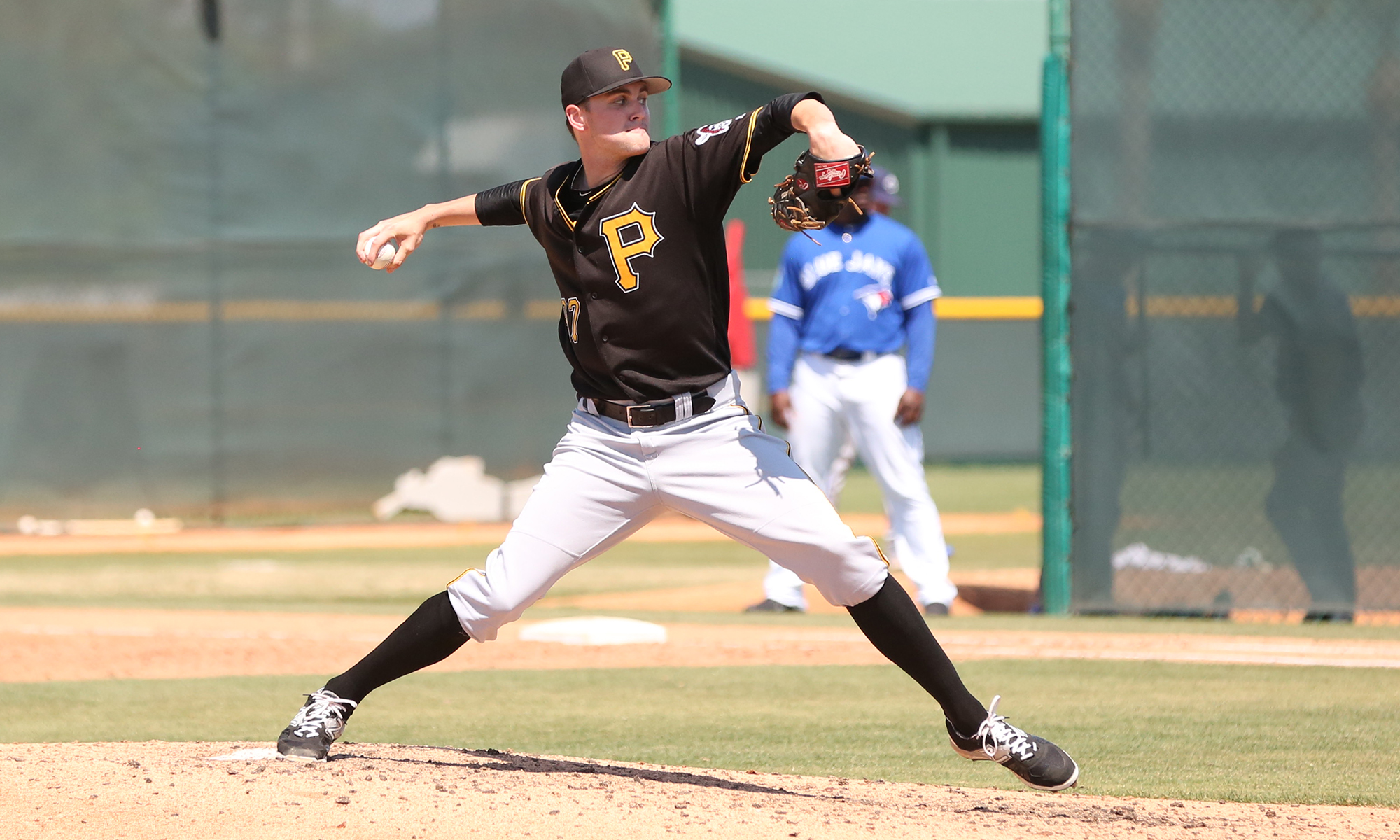 The minor league season wraps up next Monday with the final game for five teams. Here’s a summary of what is left for each team and the players on those clubs.

Indianapolis is tied for first in their division after a 14-2 loss last night. They are in a good spot right now with only seven games left, but a playoff spot isn’t guaranteed yet. If they don’t win the division, they can still get the wild card. The possible hitch is that they only have a one game lead there and three teams within 1.5 games. Plus the don’t own the division tiebreaker. There is a possibility that they might tie for the division lead and have to play an extra game on the road to decide which team goes to the playoffs.

The other thing Indianapolis has to worry about is who will the Pirates take on September 1st. My guess is Jacob Stallings, two relievers (one being Nick Burdi) and likely someone from Max Moroff, Jose Osuna or Jordan Luplow. There will be more promotions after Indianapolis is done, but you should expect 3-4 on the first day just to help the big league bench and bullpen.

Altoona is battling for the first place spot in the division, which would give them home field advantage. They are in the playoffs regardless, but if you can get home field, then why not go for it. The Curve have a lot of prospects, so these are the games you want to see for them. Pressure packed to finish the season, especially if it goes down to the last day, and then playoffs of course.

The suspension of Luis Escobar was rough to see because he’s a top pitching prospect, who had at least three starts remaining, if you assume one playoff game for him. That would have been a great experience for the young pitcher. I think we could see Jared Oliva join Altoona still, but his .520 OPS in August, plus his recent injury, might just keep him from continuing to play. The Curve also have a couple of position players on the phantom disabled list already. What might really be the deciding factor is how many players Indianapolis loses to the Pirates on Saturday.

Bradenton is just playing out the schedule with six days left. They have an unnecessary doubleheader left with Tampa, so there are seven games left. Not much to be accomplished here other than you hope for a strong finish from everyone.

West Virginia is fighting for a playoff spot. The promotions of Travis Swaggerty, Connor Kaiser and Luke Mangieri were meant to help and Kaiser has been productive. Swaggerty has been awful so far (5-for-42), which is made worse by the fact that the guy he replaced (Fabricio Macias) was just starting to hit well before he was sent down and he’s been even better since. I don’t actually blame the move because Swaggerty is the first round pick, so he’s going to get playing time. Macias is playing every day in Morgantown, which is definitely more time than he would have received if he stayed.

As far as the playoff situation, which is also listed below, the Power have one week to get a game ahead of Kannapolis. That’s because the Intimidators own the tiebreaker and a tie would just give them the second playoff spot. In seven games, four on the road, West Virginia needs to make up two games in the standings. Both teams play clubs with losing records, so there is no advantage either way in that regard.

Morgantown is in the middle of possible late promotions. They have already moved up a bunch of players recently to West Virginia, including pitchers Cam Alldred and Nicholas Economos yesterday. Obviously with the Power in a playoff race, anything that could help them would be used if necessary. There’s really no need to wait on it either, so a promotion or promotions could happen any day. As far as possible players joining them from Bristol…

Bristol has two more games left. We could see a promotion or two from here after Wednesday’s game. The Pirates will reward players by sending them up to Morgantown for the extra time there. We already saw Brad Case move up after his start on Sunday. It’s possible he’s the only player, but I wouldn’t be surprised by Jonah Davis moving up or even Mikell Granberry, who has earned the promotion, plus no one is blocking him at first base in Morgantown.

The GCL and DSL seasons ended over the weekend. No one got promoted from the GCL on the final day, but there were plenty of players who moved up during the season.

The Pirates are in fourth place in their division, trailing by 13.5 games with 31 games left on the schedule. They trail the second wild card team by 8.5 games.

Indianapolis is tied for first place with seven games left in their schedule. They do not own the tiebreaker. They are two ahead in the wild card race.

Altoona has a one game lead in first place with seven games left in their schedule. They clinched a playoff spot on Sunday.

West Virginia is out of the division race with seven games left in their schedule. They trail the second place team in the overall standings by one game and could make the playoffs if the finish second, because Lakewood won both half titles. The team they are chasing (Kannapolis) owns the tiebreaker, so West Virginia needs to finish ahead of them.

Bristol has been eliminated from the playoff race.

Today’s Starter and Notes: The Pittsburgh Pirates were off yesterday. They now travel to St Louis for three games. Ivan Nova will get the start, coming off of his outing on August 21st when he gave up two run over six innings against the Atlanta Braves. The Cardinals will counter with right-hander Jack Flaherty, who has a 2.97 ERA in 115.1 innings, with 144 strikeouts and a 1.05 WHIP. He has faced the Pirates four times this season, allowing a total of seven earned runs over 22 innings, with six shutout innings in his last outing.

The minor league schedule includes JT Brubaker starting a big game for Indianapolis. He has allowed five earned runs in his last 34.2 innings, with two walks and 31 strikeouts. Altoona starter Cam Vieaux threw five shutout innings on no walks and seven strikeouts in his last start. Bradenton’s Pedro Vasquez has lost all three starts since being demoted from Altoona. Oddy Nunez makes his fourth start for West Virginia. He has a 1.88 ERA, a 1.04 WHIP and a .228 BAA since being demoted. Eighth round pick Zach Spears has a 4.20 ERA at home and 6.94 on the road. The GCL/DSL seasons are over.

From Sunday in Bradenton, a homer from Hunter Owen in both games of the doubleheader. The first is somewhat comical

The second is just a normal home run

Five former Pittsburgh Pirates players born on this date, plus two trades of note. Starting with the transactions, we have the 1996 deal that brought Jason Schmidt to the Pirates in exchange for Denny Neagle. The two pitchers both had their moments for their new club, but the Pirates got nothing from the two minor league players that were thrown into the deal. The Pirates got Ron Wright and Corey Pointer, adding a lot of power to the farm system, though neither made the majors with the Pirates. Wright actually did get called up, but injured his wrist and never played.

On this date in 1988, the Pirates traded for Ken Oberkfell. They sent Tommy Gregg to the Braves four days later and received cash in return. Oberkfell was known as a decent hitter with a strong glove, but he hit just .181 in 34 games for the Pirates.

Former players born on this date include:

Wally Roettger, 1934 outfielder. The Pirates acquired him in a four-player trade with the Reds. He hit .245 in 47 games with Pirates.

Charlie Grimm, first baseman from 1919 until 1924. He hit .286 in 770 games with the Pirates, driving in 369 runs. He was sent to the Cubs in a six-player deal after the 1924 season, which was covered here. The deal included the Pirates’ all-time win leader Wilbur Cooper and Hall of Fame shortstop Rabbit Maranville.