They used all nine of them to put up six runs against the Tigers’ starter in a 6-3 victory as the Pirates swept the home half of a four-game, home-and-home series.

Andrew McCutchen hit a solo home run and David Freese went 3 for 4 with a run and two RBIs as the Pirates continued their mastery of southpaws, particularly at PNC Park. They’ve now won seven of their last eight games when facing a left-handed starter at home this season and are 10-5 overall.

With Jose Osuna emerging as a reliable option against lefties and Gregory Polanco continuing to scuffle against them, expect the Pirates to continue the all-right hander lineup against left-handed starters with a significant platoon split going forward.

McCutchen had some fun with Kuhl’s big hit — which came one swing after an embarrassingly poor attempt on the first pitch of the at-bat. He also blamed an interesting culprit for it taking the Pirates three innings to get the offense going.

“We’ve been stringing together right-handers against the left-handers that we’ve faced lately. We’ve got some guys that make good combinations and matchups for us. We were able to get some things done offensively tonight.

“The first two innings, he made pitches and had us a little off balance. Marte fought a ball off and dropped it into right field after (Jordy) Mercer doubled to get us on the board and then after that, we started to find the barrel a little bit. We had some nice at-bat later: Freese’s at-bat — the diamond-cutter up the middle to score one, Mercer’s sacrifice fly, the guys getting on in front of him, McCutchen’s homer to right-center field.”

Kuhl’s curveball — which had been MIA for a few starts — was back in action on Tuesday and he used it effectively. He threw it 11 times. Four went for ball, five swinging strikes, one called strike and just one hit. Three of his six strikeouts came via the curve. 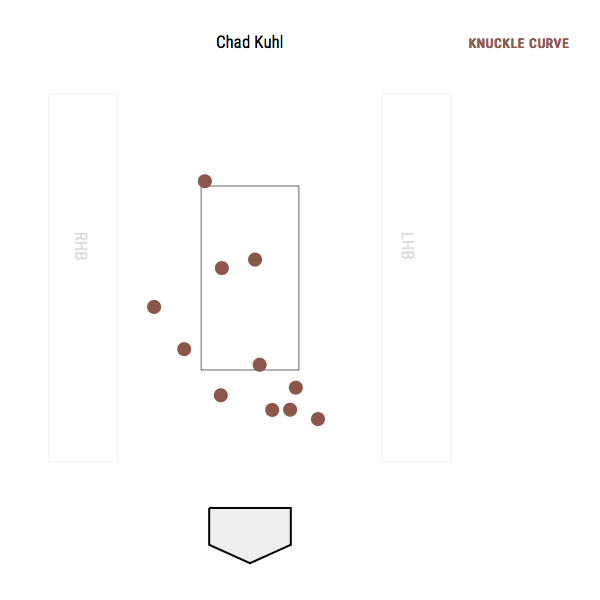 ***Of the Pirates nine hits against Boyd, five of them went to center or right field. With an all right-handed lineup, that means the Pirates were using an opposite field approach.

“When we start hitting the ball back through the middle, off-gap, opposite field, it’s usually a good place for us,” Hurdle said.

While that can be true all the time, it was a particular part of the game plan against Boyd, because of the late life on his fastball.

“His heater moves,” Freese said. “He’s all over the dish in a plus way. I think it helps him out. If you can back him up a little bit and use the middle of the field, you can stay in on that off-speed. We put some good swings on it, found some holes and found some grass.”

***Kuhl cruised through five before running into trouble in the sixth, when he gave up three runs on three hits. That snapped a 17-inning scoreless streak from the Pirates’ pitchers.

“You don’t want to put too much pressure on pitching, but that’s what matters,” Freese said. “Honestly, over the course of six months, if you can get your starters rolling and get quality start after quality start, it eases up on the offensive a little bit. … When your staff is rolling, it sets the tone for the rest of the ball club.”

***Without usual eighth-inning man Juan Nicasio, who was unavailable, the Pirates turned to A.J. Schugel and George Kontos to get the ball to Felipe Rivero. They came through with two perfect innings before Rivero flipped one of his own.

Between Daniel Hudson, Kontos and Schugel, the Pirates now seem to have three solid seventh- or eighth-inning options, with Wade LeBlanc and Joaquin Benoit providing experienced options for earlier in games.

“Schugel’s numbers get your attention if you look at them,” Hurdle said. “He was going to back up Chad in the sixth if he needed help. He didn’t need help. (Schugel) was hot, he came in and was very quick and very efficient. So we’ve got different options. … I think we’re working back to a good place out there.”

***Rivero bounced straight back from his first blown save of the season on Sunday, tossing an 11-pitch ninth that included a strikeout. Rivero said he was rushing a bit on Sunday and had quickly diagnosed the problem, but wanted to take Monday off before getting back after it.

“I tried not think about what happened Sunday,” he said. “Today, when I was warming up, I just tried to forget about and try to make all the pitches. … It’s been 50 or so that I was doing good, so one, you just shake it off real quick. It happens to everyone: starters, relievers, closers. We need one of those every once in a while.”

Photos of the Game 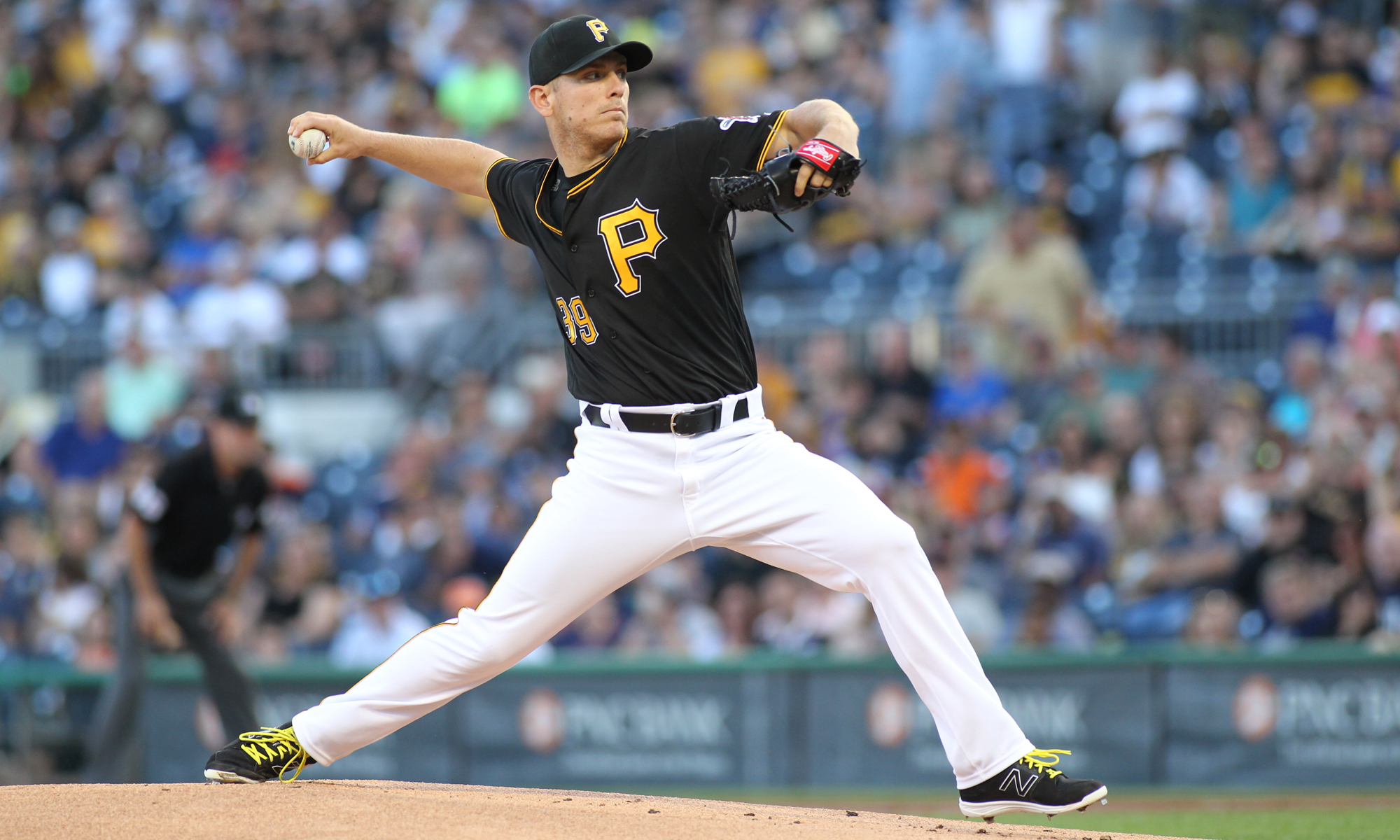 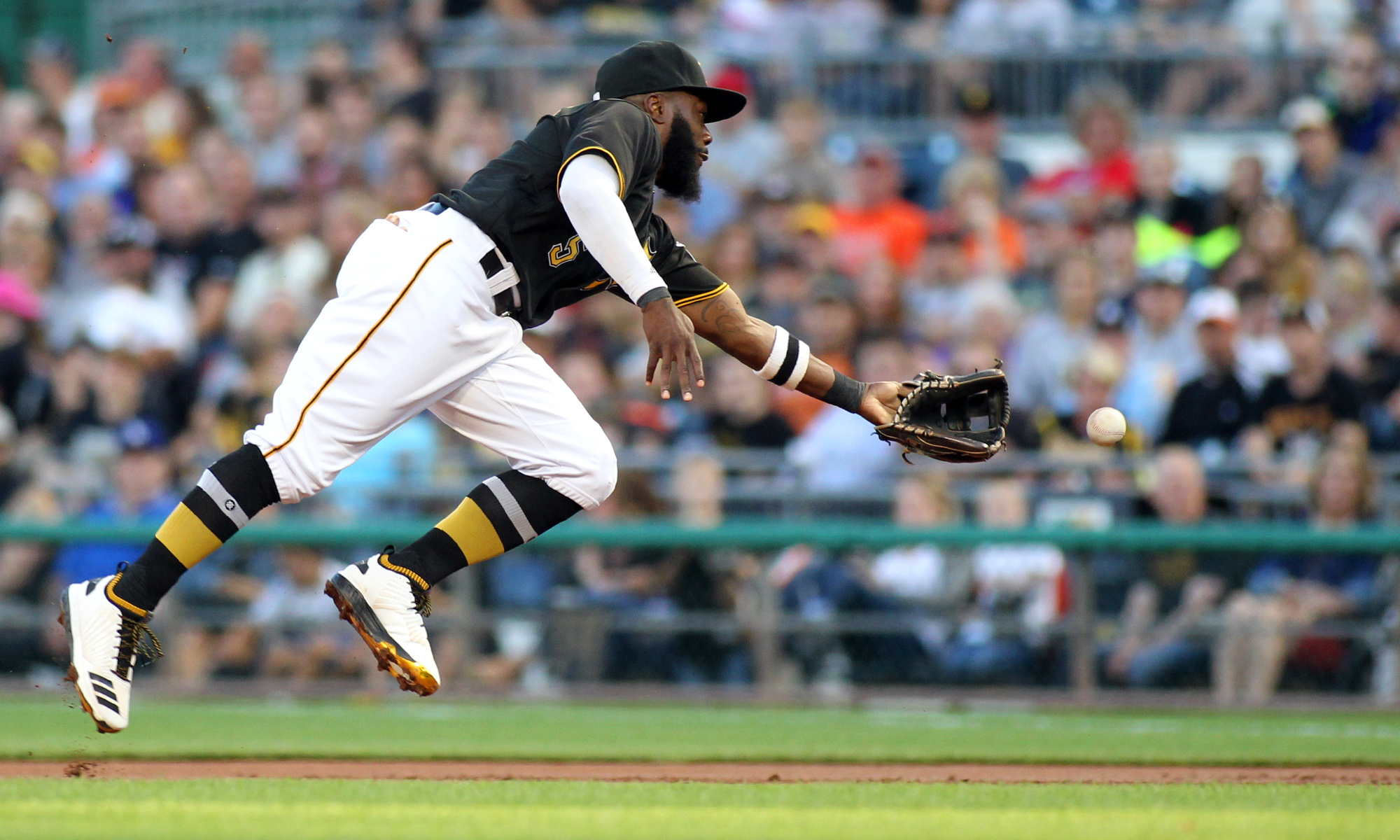 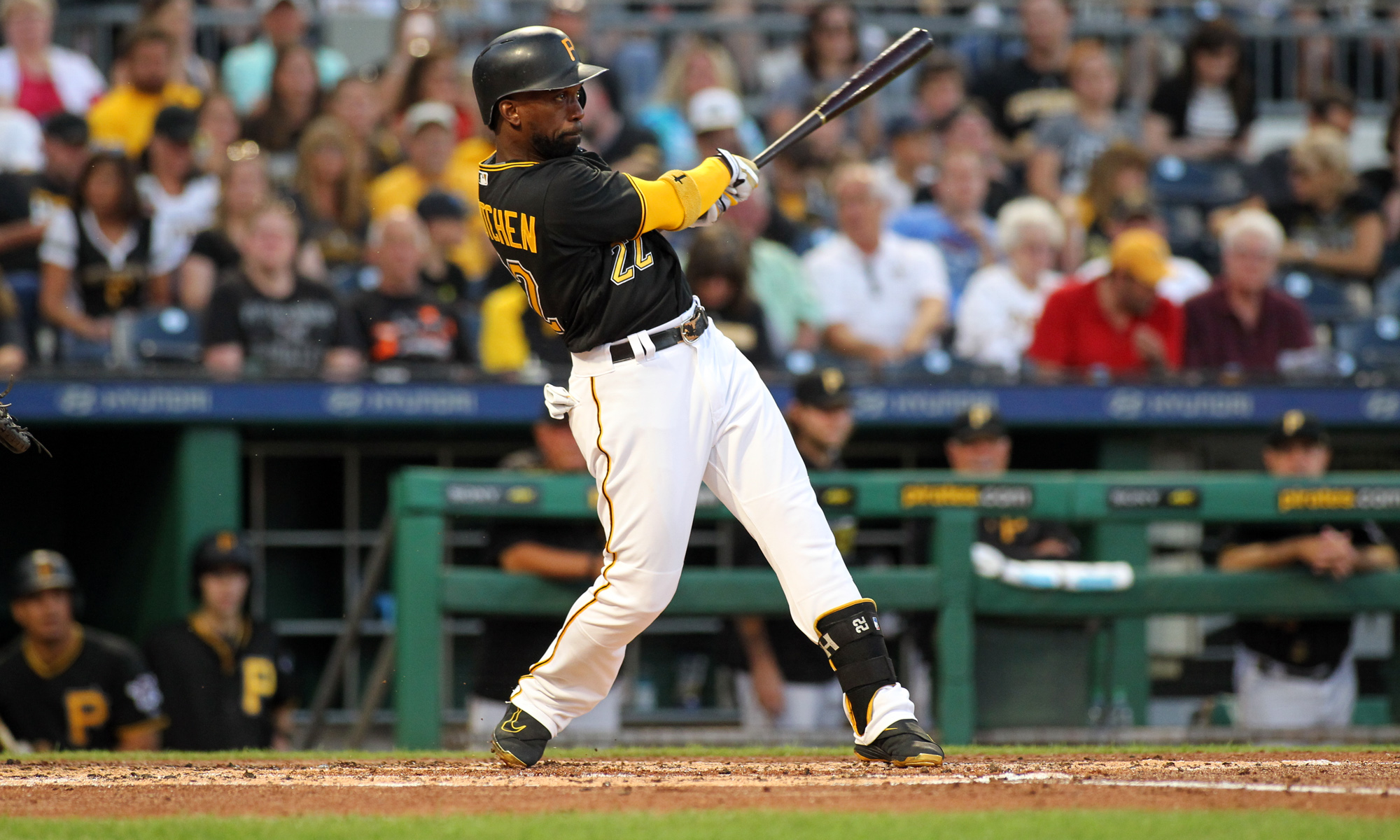 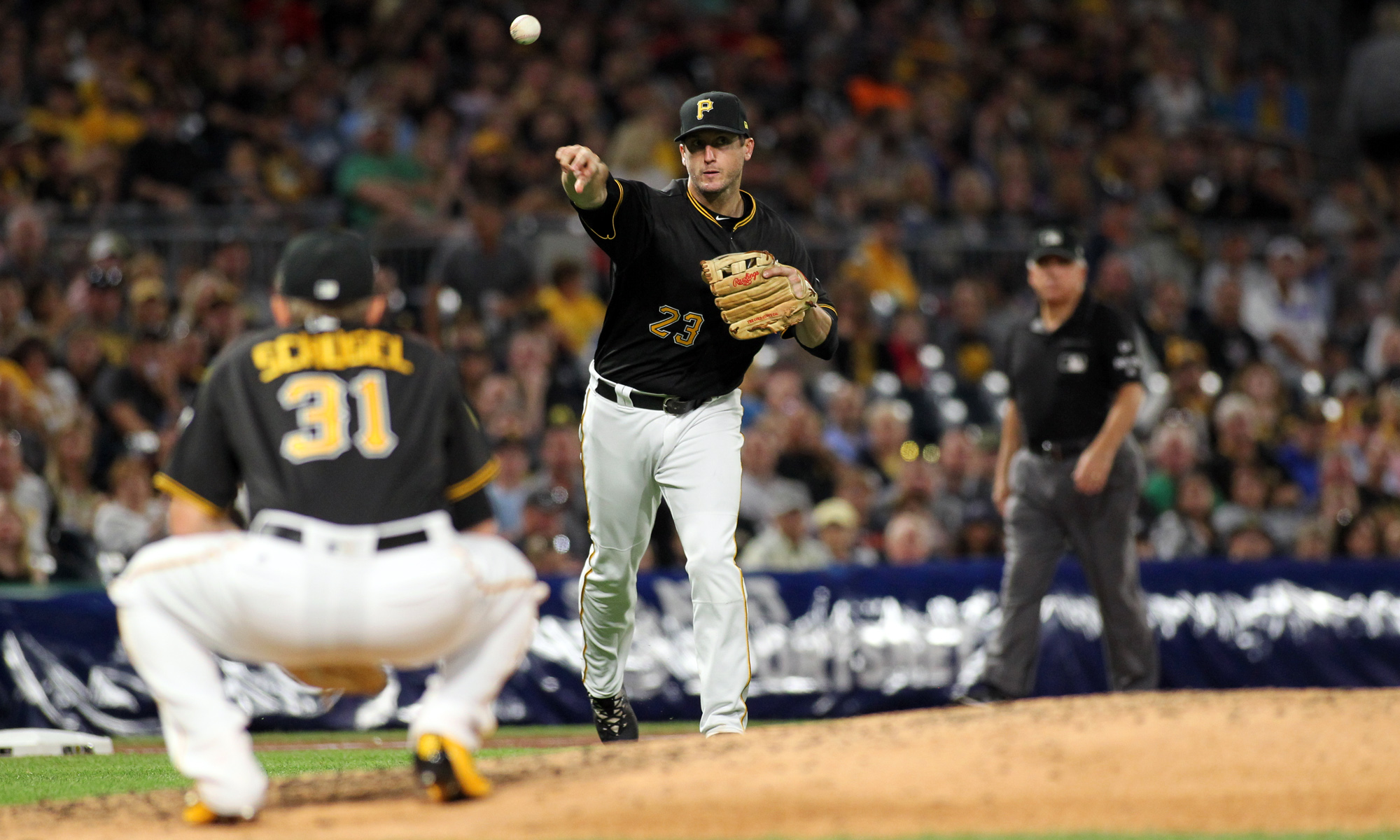 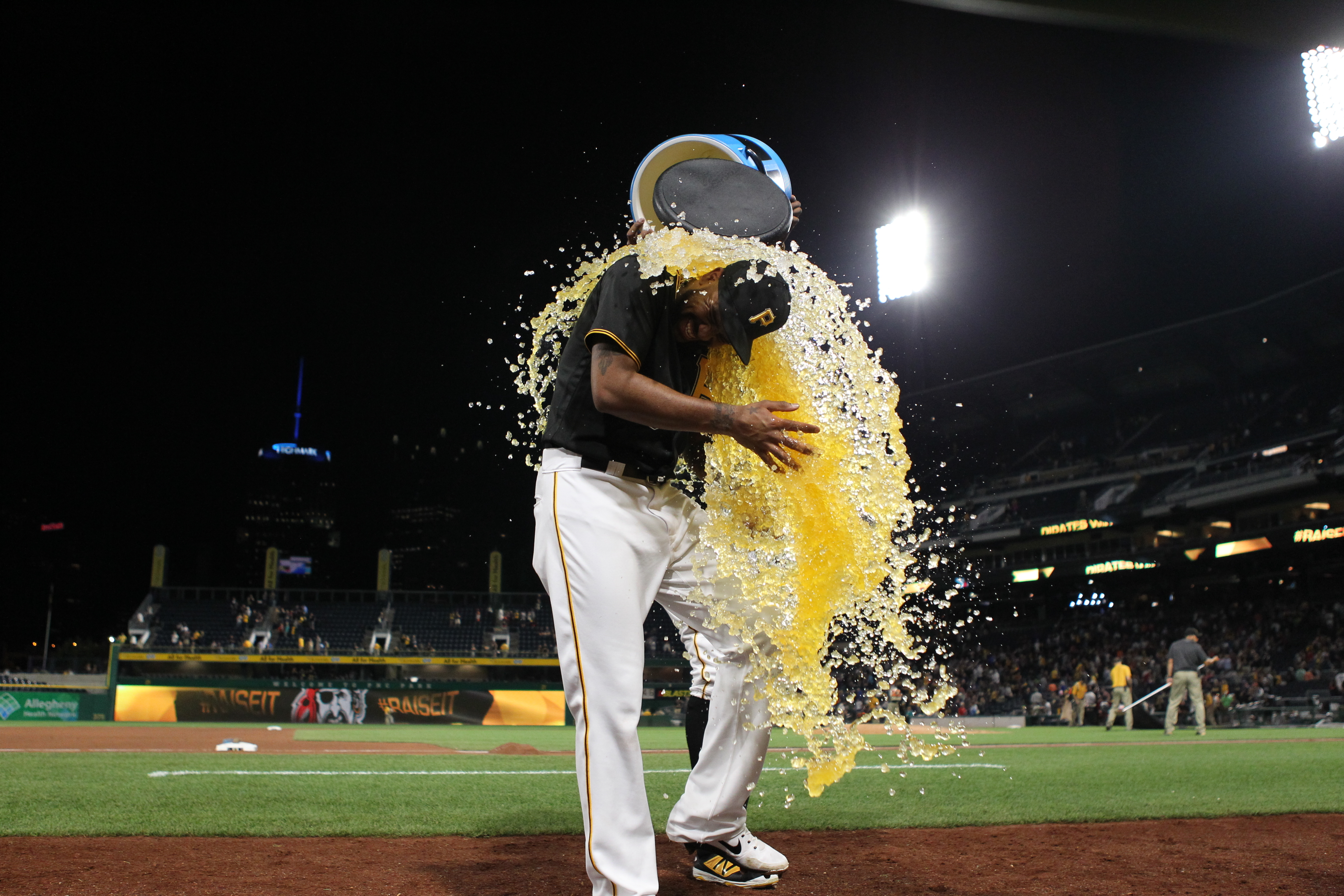