Tonight is a big night for prospects on the mound. The top pitching prospect is on the mound in Bradenton, as Mitch Keller gets his first start of the season. The game will be the first Bradenton game broadcast on MiLB.tv, and it’s also the first Florida State League game ever to be broadcast online. We also have two other top 30 prospects in the system making their first start of the season, with Tyler Eppler making his Triple-A debut, and Brandon Waddell returns to Altoona. We actually had three people see Keller pitch live at Pirate City last week, but it’s always better to see them pitch in games that show up on the back of baseball cards. I’ll be watching the game and will have a recap in the Prospect Watch later tonight.

**Baseball America does a yearly article at the beginning of each season, listing the youngest player in every league, including the American League and National League. They posted this year’s article on Friday afternoon and two players from the Pittsburgh Pirates made the list. Austin Meadows (21.9) is the fifth youngest player in the International League and Ke’Bryan Hayes (20.2) is the sixth youngest in the Florida State League.

As for the other teams, including the Pirates, the youngest players are Tyler Glasnow (23.6), Elvis Escobar (22.6) and Oddy Nunez (20.3). Ke’Bryan Hayes would actually be the youngest player on West Virginia as well, though he wouldn’t make the South Atlantic League top ten.

**In other news, right-handed pitcher Junior Lopez was suspended 25 games by MLB for violating the Minor League Drug Prevention and Treatment Program. This would have been news enough for an article at this time last year, but Lopez has fallen off, going from a player who looked like he could reach the majors as a middle reliever, to more of a minor league filler. He was sitting low-90s in the past and consistently hitting 93 MPH the last time I saw him, but really struggled this spring with velocity, sitting 88-89 MPH in one of his later spring outings.

Lopez has been working out at Pirate City with the Extended Spring Training group for the last few days. He’s the first player from the Pirates to be suspended for violating the Minor League Drug Prevention and Treatment Program since Clario Perez in December of 2015. The Pirates were the only team in MLB to not have a player suspended in 2016.

Today’s Starter and Notes: The Pittsburgh Pirates won their first game of the season on Thursday afternoon, beating the Braves by a 5-4 score. Chad Kuhl will be on the mound tonight, making his first start. Altoona will play a doubleheader today. The Bradenton-Charlotte four-game series shifts to Bradenton today. West Virginia has an early afternoon start with Oddy Nunez on the mound making his first career start. The 6’5″, 20-year-old lefty, was rated as the tenth best prospect in our West Virginia season preview.

The list of former Pittsburgh Pirates born on this date includes, shortstop John Peters, who played in the first game in franchise history back on May 2, 1882. He played 77 of the team’s 79 games at shortstop that season and finished seventh in the American Association in batting average.

Also born on this date, pitcher Tom Butters, who had a promising career derailed by a back injury. He pitched for the Pirates from 1962 until 1965.

Reddy Gray, left fielder for the Pirates on May 28, 1903, which ended up being the only game of his big league career. He had a single, walk, RBI and run scored in that game.

Pete Daniels, pitcher during the 1890 season, who won the season opener for a team that ended up going 23-113 that year.

Morning Report: The Pirates Should Have a...

Went to the Curve game last night in Harrisburg. FNB field is great and it being on an island makes for awesome atmosphere. It was super cold and left after the 7th inning. Kevin Newman looked like the real deal ripping 2 balls that I saw as well as Pablo Reyes. Kevin Kramer looked awful at the plate, batting in the third spot striking out twice with runners in scoring position. McRae pitched and looked pretty good. He sat 89-91 on a super cold night. I have video of the Curve opening roster introduction if you’d like it Tim.

John, you omitted Tom Butters’ greatest accomplishment — as athletic director for Duke, he hired and stuck with a young coach named Mike Krzyzewski. 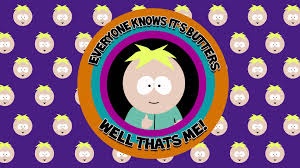 http://www.nytimes.com/1985/05/11/sports/sports-of-the-times-the-high-hard-one.html For more on Higby and MLB the way it was before and right after WW II, check this link out. It is great !

I think Kirby Higbe had a large part in the Jackie Robinson story. If I recall correctly, he wasn’t real happy pitching with a black guy on the field or in the clubhouse with him.

Really excited for Keller’s season debut – thanks for the preview and happy to be a new subscriber !

It’s a long slog through the minors each year. Good on you for hooking up with the best coverage of said slog.

Welcome, dgourlay. Signed up at the best time on PP. Great coverage on all our minor league teams.

Remember going to the game and having guys like Josh Fogg on the large banners outside PNC Park? I try to suppress those memories…